Zafar Futehally, who passed away on 11 August, 2013, was known for the deep interest, knowledge and passion he brought to the fields of bird-watching and conservation. He was 93.

Zafar Saheb, as he was affectionately referred to, was born in 1920 in Mumbai. He was a student of Economics. At the age of 22, he joined his uncle and cousin to run a machinery company. His wife Laeeq is a niece of the incomparable ‘Birdman of India,’ Salim Ali. Zafar and Laeeq had two daughters, Zahida (Zai) and Shama, both of whom became writers. Zafar was soon initiated into birdwatching by Salim Ali.

Zafar Saheb moved to Bangalore from Mumbai in 1973. He lived here until early 2013, before failing health caused him to decide to move back to Mumbai along with Laeeq. One of the last few emails I received from him made this announcement. 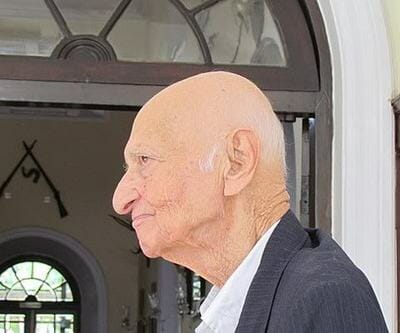 Zafar Saheb founded the ‘Newsletter for Birdwatchers’ in 1959. This was a major development in the course of birdwatching in our country. He also went on to become the Honorary Secretary of the Bombay Natural History Society (BNHS), serving until 1973, when he moved to Bangalore.

He gave a series of talks on birds on All India Radio, which were also published on the AIR bulletin. He wrote a column titled ‘A Birdwatcher’s Diary,’ in the Times of India, which ran for about ten years. He edited a book, ‘India Through Her Birds,’ in which he also wrote a chapter.

Zafar Saheb was not only a bird-watcher; he was an active part of many conservation efforts. In 1965, he became a member of the board of the International Union for Conservation of Nature (IUCN) meeting in Delhi, and the Vice-President in 1969. He was actively involved in assessing the damage to the Silent Valley area by the proposed dam, and was a member of the steering group on Project Tiger, in its early years. He was involved with the World Wildlife Fund (WWF).

He was also deeply concerned about the rapidly developing city of Bangalore, and continued to write about conservation issues, particularly on lakes in the city. He believed it is possible to work with corporates on conservation.

There was a controversy over the handing over of Hebbal Lake to the Oberoi Group by the Government of Karnataka; several naturalists and environmentalists saw this as a retrograde step, both for birdlife, and as a privatization of public commons. Here is an article by Zafar Saheb about lake ecology in Bangalore.

One of the threads, where another activist explains why the step is not a good one, can be seen here. 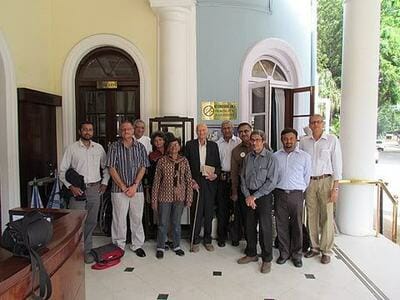 Zafar Saheb and other birdwatchers of Bangalore, at the Bangalore Club, 06 Nov 2011. Pic: Deepa Mohan

Dr M B Krishna, a Bangalore-based ornithologist, speaks of Zafar Saheb’s concern for our city and its environment. “If I recollect right, one of the earliest PILs filed for lake conservation in Bangalore had his name, during the time the Koramangala sports complex came up.”

A Bangalore birdwatcher, Priya Ramasubban, has this to say: :”Zafar Futehally had come to Kaikondarahalli  last year. We walked around the lake a bit even though he was well over 91 by then!  He was enthusiastic and encouraging about the community’s work at the lake.  An hour after he left the lake he wrote to a reporter of a major newspaper and cc’d me, telling her that she should do a story about the lake.”

Garima Bhatia, another avid birder, adds: “He was my neighbour in Koramangala. He was always interested in the community activities and appreciative of efforts to take up environmental causes that were close to his heart.”

Ameen Ahmed from Tumkur concurs, and recounts how Zafar Saheb organised annual meets of  the subscribers of Birdwatchers’ Newsletter, ensured that birders from small towns like Tumkur, Hassan, and  Sirsi were also present.

Glenn Kharkhongur, from Meghalaya, writes : “In 1969, I paid for a subscription to the Newsletter for Birdwatchers, a modest amount, but a substantial sacrifice from my meagre pocket money.  Along with the first issue came a personal letter from Zafar, a full typewritten page with encouragement and many tips for birdwatching. For a college boy, this was a special kind of affirmation, and the treasured letter was kept for many years.”

His ‘Newsletter for Birdwatchers’ had articles both of layman interest and scientific observations. A well-known incident in Zafar Saheb’s life is that his publication on the Asian Paradise Flycatcher inspired the poet, Nissim Ezekiel, to write a poem about the bird. The poem can be seen here in its typewritten form.

L Shyamal, who provided me with the link above, praises Zafar Saheb’s ability with people, and his ability at communication. “He was, above all, a generous networker, diplomat and man of letters. In the era before email, when even the telephone was hard to reach…” He reminisces: “Yesterday afternoon after receiving the sad news I passed by the vast grounds of the Army Service Corps campus and remembered a great morning we spent together on those grounds. That was perhaps the last time we saw him in the ‘field’.”

Zafar Saheb’s wit is also attested to, by Shyamal: “He was capable of surprising us with timely gems of wit. He suffered from impaired hearing. In 2000, we had a lucky escape in a road accident and a concussion to the head on landing upside down caused Mr Futehally a brief loss of consciousness. He recounted later that he had hoped for a miraculous recovery in hearing, something that he had read of in an account by an army officer who landed on his head in a horse-riding accident!”

A gentleman, in the old-fashioned meaning of the term, who came to a small town, concerned himself deeply as it expanded into a metropolis, and who left a contribution to the world of natural sciences, in both our city and country… Zafar Futehally, may you guide our steps from your place of everlasting peace.

The town planning department has wrongly greenlighted a convention centre near Bannerghatta Road. Residents angered over this and other plan violations in the area.