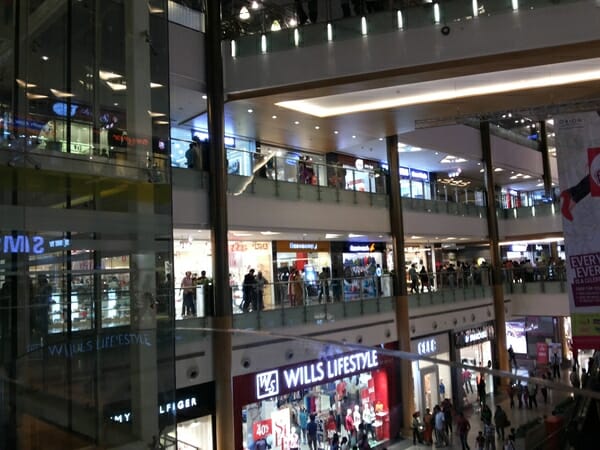 Bangalore is riding on the IT wave. What about the day when the situation becomes counter-productive to IT business in Bangalore? Pic: Shree D N

Is Bangalore on the way to becoming a Detroit? There are too many similarities that cannot be ignored, between the two.

Detroit, which once upon a time was the silicon valley of American industrialisation, stands today just as another rubble of urban waste. The city was heralded as the American dream. The third biggest city in America during 1920s and 1960s, today Detroit is bankrupt, with just a few hundred thousand population, tumbling from 2 million during its peak time. Unable to pay its debt with no money left in its coffers, the city declared bankruptcy on July 18, 2013. The seeds of bankruptcy were sown in the very beginning the Detroit was born.

It was the dream of British to develop Bangalore as southern capital of India due to its central location and pleasant weather. The independent India pursued that dream and built Bangalore. Bangalore is called the silicon valley of India, in fact one can call it the dream of modern India. A dream fueled by entrepreneurial spirit creating a wealthier state.  Bangalore is fourth biggest city by GDP in India, its IT industry has been recognised globally. One can probably say that Bangalore has the highest concentration of IT professionals in any city in the world.

One might be surprised what parallels can be drawn to compare Bangalore to Detroit. There are many. Detroit was a city built by major concentration of automobile manufactures, where as Bangalore is built on the concentration of IT and related services.

Detroit saw an explosive growth with Ford’s assembly line concept of manufacturing cars in a cost-effective way. Ford’s concept revolutionised the automobile manufacturing and kick-started an automobile consumerism in the US.

Bangalore saw its growth with cost-effective way to provide IT services to international customer with its highly appreciated outsourcing business models. A fairly appreciable portion of the Indian GDP is generated by IT services sector.

Detroit showed its weakness in its early days. When great depression stuck in 1930, millions of people lost their jobs. The situation repeated in 2008 when the global economic crisis hit. This time Detroit had no other option but to file for bankruptcy.

Bangalore’s IT industry too is vulnerable to global crisis. It has shown its downs in 9/11 and in 2008’s global economic crisis although not at the scale of Detroit. Beginning of 2013 saw the weakening of IT services business when inflation was not showing downward trend and continued global economic weakness was creating a situation of flattening profits of IT service companies and rise in unemployment in Bangalore. The recent depreciation of rupee has given Bangalore and the Indian IT industry a much-needed breathing space.

In Bangalore recently IT companies were mulling strategies away from cost advantage, but it still remains a major if not main competitive advantage.  A good quality of education reachable to most population, world-class infrastructure and red tape-free culture in Indian administration are the goals to reach.

The big three automotive majors moved out of the city to avoid paying Detroit city taxes, which carried along with it a large portion of working population of taxpayers out of the city into Detroit suburbs. In Bangalore overtime IT services are moving to more and more cheaper areas. During its humble beginnings a large portion of IT firms were located at the central business district of Bangalore. Today most companies are moving to peripheral areas of Bangalore.

Going by the recent news of government’s plans to decongest the city and create satellite towns, and BBMP’s heavy debt, don’t you smell another Detroit story brewing? The acute water and infrastructure problems are other dimensions of Bangalore’s problems.

Easier said so, Bangalore has a long way to be another Detroit, but has ample time and opportunity to avoid a nasty disaster. A careful approach to Bangalore by its city planning authorities, state and central government and all concerned business stakeholders will shape tomorrow’s Bangalore.

About Vinay Patil 1 Article
The author has not yet added any personal or biographical info to her or his author profile.

Once Employment Exchanges were the most sought after centres for unemployed youth to get jobs. In an era of internet and job portals, what’s happening to them?

The man, the babus fear and respect

The joy of bringing a change keeps me on. Despite my digging up dirt, whenever I go to a government office, people still respect me a lot.

Bengaluru’s auto drivers are a stigmatised lot, but is there a reason they demand exorbitant fares? Shunned by banks, these drivers are often indebted to money lenders for life