The fourth hearing of the complaint on debris and garbage under the Namma Metro lines, filed by Bangalore Political Action Committee (B.PAC) came up for hearing in front of Upa Lokayukta Subash B Adi on July 3rd.

During the hearing, B.PAC submitted over 100 photographs showing the debris, construction waste and garbage still lying in the median of Namma Metro, despite the Upa Lokayukta’s previous order to the BBMP to clean up the mess. B.CLIP participants and other B.PAC volunteers conducted a daylong exercise on July 2nd, visiting the Metro line to check the status of the same. 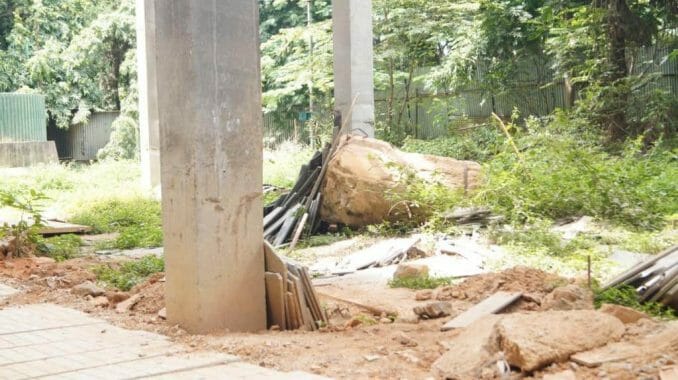 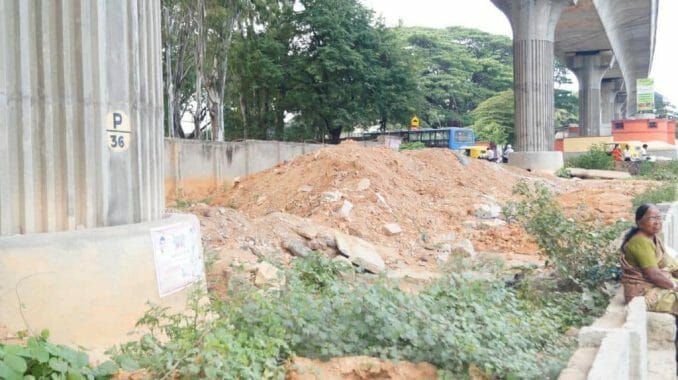 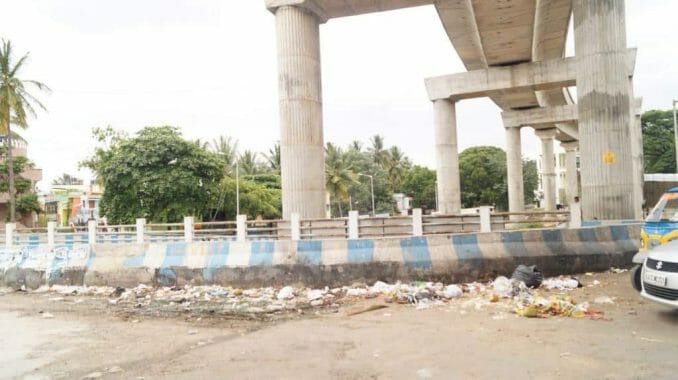 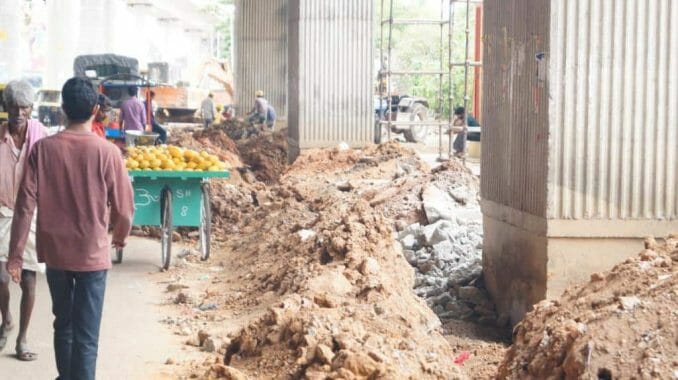 Law Officer, Deshpande who appeared on behalf of the BBMP Commissioner made a submission that the Commissioner would be convening a joint meeting of both BBMP and BMRCL officials to take immediate action for the removal of garbage, debris and other waste within a month.

BMRCL officials who were present during the hearing were directed by Upa Lokayukta to work out a plan along with BBMP officials, and submit an action taken report by August 14th,along with photographic evidence. The Upa Lokayukta also directed BMRCL officials to submit a compliance report ensuring that drinking water and toilet facilities are made available in all Metro stations with emphasis to differently-abled passengers. Officials of BMRCL committed that arrangements were in progress and that the same would be provided within two months.

Despite four hearings over the last three months, because of the continued blame game by both organisations, there has been virtually no progress on ground regarding clearing garbage and debris.  Revathy Ashok, CEO, B.PAC said, “Finally, both BBMP and BMRCL have agreed to work together to clean the garbage and debris at the medians of Namma Metro. We hope they will stick to the commitment made to the Upa Lokayukta and Bengaluru will celebrate Independence Day with garbage-and-debris-free metro lines across the city.”

2013: Will Bengaluru’s Metro expand from a miniscule 6kms?

There is some progress and yet plenty of ‘approvals pending’ in the long journey of the city’s metro project. Here are some things you may know, and some you need to.

These are the 54 skywalks coming up in Bengaluru

All 54 skywalks will have elevators. Advertising bill boards will be placed in such a way that visibility from the roads will not be blocked. Will they help the pedestrians?

A walk for Thalassemia

“The Walk for Thalassemia” – an initiative aimed at raising awareness on Thalassemia is scheduled to be held on 22nd October 2011.