Sometime in early 2010, I was invited to visit International Institute of Social Entrepreneurs (an offshoot of Braille Without Borders and now called Kanthari) in Trivandrum. That visit was an ‘eye opener’ for me.

The co-founder, Sabriye Tenberken, became my first blind friend! She, and the rest of the people who worked at IISE, made me feel welcome and introduced me to a whole new world – a world where those with sight and without, co-existed and complemented each other’s strengths and weaknesses.

It was at Kanthari that I met many blind people who would help me understand what it means to be with no sight, in a world that can see. I was working on the design of a Refreshable Braille Display and I had a perfect set of potential users with whom I could discuss all the features one would need in a device like this. We debated the pros of Braille literacy, and other practical difficulties that the blind face every day.

It was there that I met Tiffany Brar. Tiffy was a shy, reserved young lady with whom I instantly bonded. We were both Army brats. That’s where the similarities ended! Tiffy lost her sight shortly after birth, but has the will and determination to do whatever she puts her mind to. Tiffy strongly believes in women’s rights and empowerment and has dedicated her life to teaching and educating her community to function as equals in a modern world. 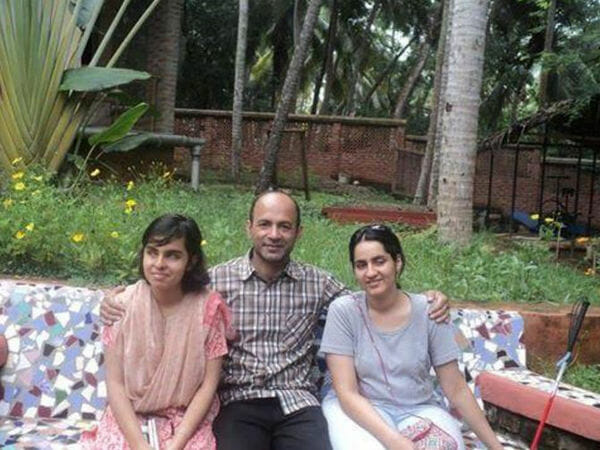 One day while discussing the day-to-day difficulties that the blind are confronted with, she asked me: “Paul, make us something to help us identify currency notes”.

I, like most other ignorants, immediately replied: “But our notes do have markings for the blind”.

“No, there are no markings for us to identify currency notes!”

“But what about these shapes?”

“We cannot make out what the shapes are.” 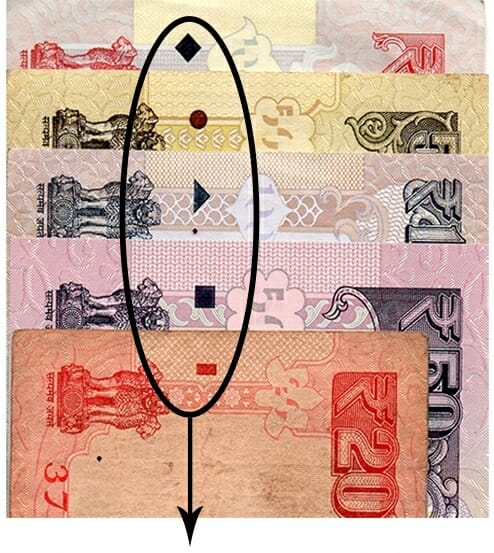 Tactile markers on currency notes which are supposed to help the blind identify the notes. Pic: Screenshot from campaign page.

And so I went about designing a template that could be used to measure the length and the width of our currency notes. The “Tiffy Template’’ went through many iterations before the design was finalised. Tiffany and some of our other friends were given samples to use and evaluate. Other designs exist – but are expensive and can be difficult to use – especially with well-used notes. 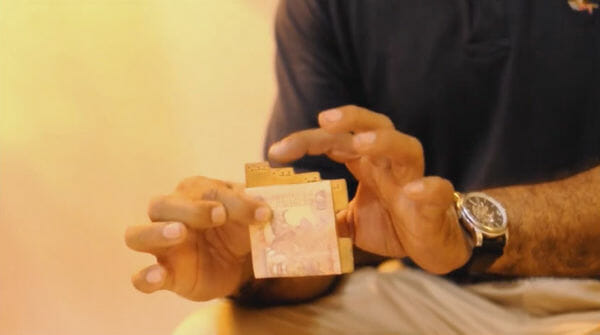 Paul demonstrates how the Tiffy Template can be used. Pic: Screengrab from campaign video.

Here is a video of Tiffany speaking at a Rotary Award function in Bangalore. A really great speech!

Fueladream is a crowdfunding portal that has just been launched and they were very excited about a crowdfunding campaign that would enable us to make these templates available free of cost, to our blind friends. The funders would be paying for the manufacture and shipping – a nominal cost of just Rs 2 per template!

With this, we hope to make the lives of our visually impaired friends a little easier – by getting the public to participate in an exercise that works for the betterment of the lives of those less fortunate than us.

About Paul D'souza 1 Article
The author has not yet added any personal or biographical info to her or his author profile.

On Independence Day, they cleaned the city

Armed with brooms, gloves and heart, scores of citizens removed litter, collected garbage, raised awareness, and struck out for a rubbish-free city, on 15th August.

Two roadblocks to perfect marriages in our society – horoscope matching and the practice of dowry.