Whitefield residents have beautified another spot formerly entrenched in garbage. The blackspot near the Whitefield outer circle, like many dirty spots in Bengaluru, had become a watering hole for rats and stray dogs and attractive to snakes. 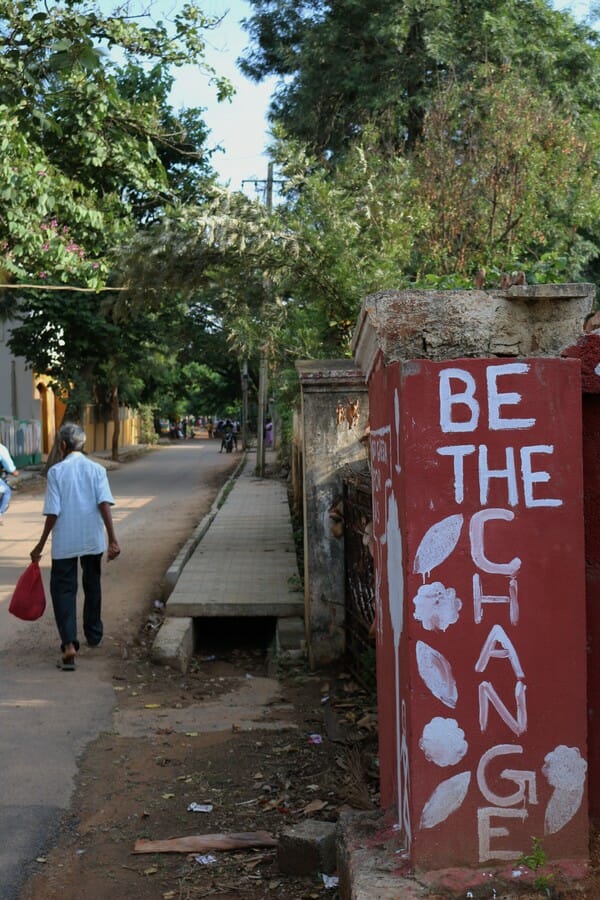 This particular ‘spot-fix’ was organised by Whitefield Rising, who have been conducting ‘spot fixes’ since 2013 after being inspired by the The Ugly Indian. (‘Spot-fix’ is a term coined by The Ugly Indian group for this process of beautifying dirty areas.) Over two weekends, dozens of volunteers gathered to clean the spot, repair and repaint the structure. They went door to door to explain to nearby residents where they can put their trash, instead of dumping it at the cleaned spot, and asked neighboring institutions for their cooperation.

The spot-fix was funded by a US company with an office in Whitefield. 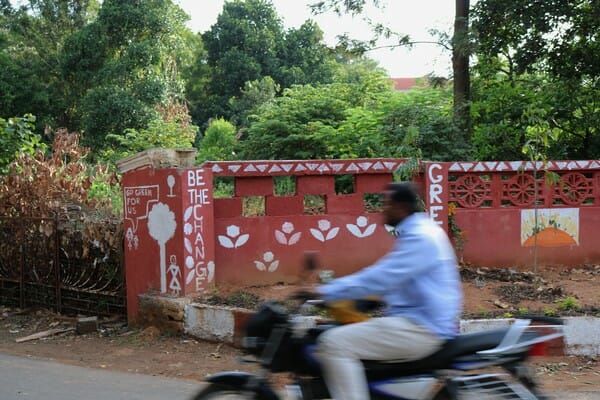 A group of concerned citizens gathered over a weekend to beautify this once trash covered spot in Whitefield. Pic: Kate Clark

“I was convinced if you create a green patch like this it will stop, and it has,” Pravir said of the littering. “It is still a challenge, but so many good things have happened, people are blessing us now. Whitefield Rising’s beauty is it collaborates all the time, it is not confronting people, it is bringing the best out of people… It is the citizens that are taking the initiative to preserve [the neighbourhood].”

Ritu George, another Whitefield Rising volunteer, said spot-fixes have become especially important because the city infrastructure has been unable to keep up with the demands of the growing population, and with little to no government assistance, Whitefield’s problems are only worsening.

“Ultimately, somehow it’s becoming the reputation of the citizen, taking ownership to clean up their neighbourhood,” she said. “We are at the stage where we can’t depend on the government. For years we have waited for the government to do its part, but they haven’t.”

This was Phase 3 of the spot fix. Earlier in Phase 2, volunteers kept vigil against dumping, spoke to residents nearby, arranged soil, manure and saplings. The first phase, Phase 1, involved a clean up by volunteers.

Apart from fixing the spots, Whitefield Rising also makes appeals to BBMP, asking them to do their part by undertaking the necessary systemic fixes.

Citizen Matters, in an effort to feel the pulse of the Janata Dal (Secular), spoke to M S Narayan Rao, who is currently the Bangalore city President of JD(S). He also heads the Bangalore manifesto drafting committee of the JD(S).

Now that many Bengalureans are working from home, the citizen group Beyond Carlton has launched a campaign for residents to check the fire safety of their homes.

BDA develops lakes, but BBMP yet to take them back

The BBMP is yet to take back 12 lakes in north and west Bengaluru. With the contracts outsourced for development expiring, will the Rs 104 crore spent go down the drain?