Swacch Bharat Abhiyaan was carried out on June 10, 2018, Sunday morning from 9 am to 11 am in RBI Layout JP Nagar 7th phase, Bengaluru. Around 50 residents participated in the drive, to cover almost 30 roads, and collected more than 25 sacks of paper, plastics, liquor bottles, etc. thrown in the roads, drainage etc.

This drive cannot make the city clean immediately, but it will wake up sleeping people. It will bring change in the mindset of people who throw garbage everywhere. The programme organised by RBI Layout Resident Welfare Association was supported by BBMP staff of JP Nagar 7th phase. Residents worked in five different teams and each team covered 4 to 5 roads.

Ordinary people do not like to touch garbage by hand even after wearing gloves. People may touch their house garbage but how many will get down the drain and clean it? Most of the residents are well-to-do educated people, they will rarely get into a drain. However, during this event, residents got down to work, just like any worker on the street. They will not keep quiet when someone throws garbage in the road because they know the value of cleaning. 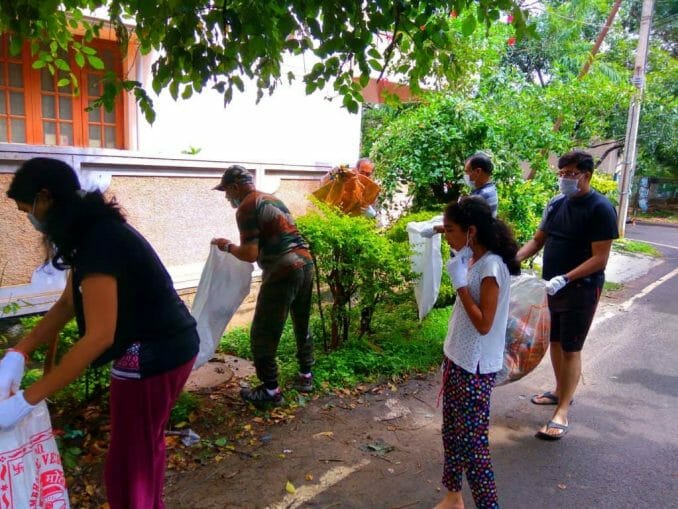 A lot of liquor bottles and tetra packs were collected. Participants were mostly senior citizens retired from RBI and NABARD, there were also a few youngsters and few children. However participation from youngsters was very less. We felt conducting such exercises more frequently, involving more youngsters, and using better gloves were the way forward.

In the long run, Bengaluru’s garbage problem can be solved only if all citizens become alert. Such drives will wake up selfish and sleeping citizens and sensitise them to the city’s growing garbage menace.

The November concerts saw well known musicians including Mysore brothers, Maharajapuram Ramachandran, Priya sisters, Sanjay Subrahmanyam as well as the veteran N Ramani, who was felicitated at the event.