Lane-wise composting pilot was flagged off in HSR Layout on December 12th by MLA M Sathish Reddy who donated 12 lane composters to mark his birthday. The elected representative has previously donated puja flower composting rinks to 12 temples and 100 home-composting kits. 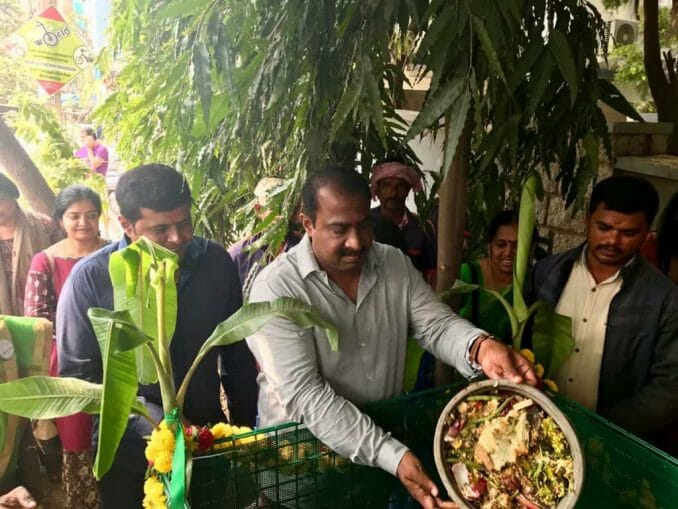 All wet waste of the houses in one lane will be composted in a composter installed in that lane near the house of the lane-volunteer. The composter will be locked, so that no passerby can drop any litter in it and the BBMP supervisor who holds the key will be held accountable for the quality of segregated wet waste dropped in the composter. The composting method is aerobic and low-maintenance. A bed of dry leaves was made at the bottom of the composter. The MLA inaugurated it by pouring in the waste collected that day and added microbial cocopeat on top. The wet waste will be layered with microbial cocopeat every day. Only one has been installed so far and based on the learning, the remaining 11 will be updated and installed.

The residents of HSR layout in Bengaluru are a serious lot about waste segregation, with almost 90% of the waste generated being segregated. Yet, even with near-perfect segregation, there aren’t enough destinations for organic waste. This is one solution to dealing with the issue.

It has been more than a week of installation and we have had no problems with leaks, flies and smell. But we did learn that it would work better if they were installed in a more sunny place and also partition the composter to allow a more productive use of space so that when one half fills up, the other half can be used and harvested separately. 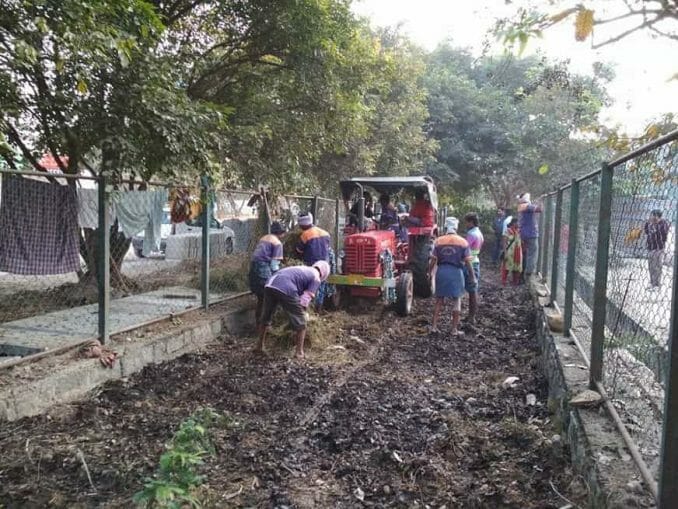 The Government, the High Court, the Solid Waste Management expert committee has been continually pushing for decentralized processing of waste. The main challenge in setting up localised processing units is to convince people who say “not in my backyard”! People equate wet waste processing to stink and nobody would like to stay close to a composting unit. Why does wet waste stink?  The time taken “from generation of waste, to collect waste door-to-door, load it into a compactor at transfer point, transport and unload at central composting facility until it actually starts being processed” is anywhere from 2 to 5 days. This is when the piled up waste starts rotting in anaerobic conditions and hence the smell. So the sooner it is processed, the lesser the smell. Hence the emphasis on decentralizing.

Composting is the first step to urban farming and we would like to encourage residents to grow their own vegetables. Since many struggle with the lack of space, we have identified (and authorities have graciously agreed) a stretch of common land which will be used as “Community Garden”.

There are 80 patches in the community garden that can be assigned to residents of HSR Layout on a first-come-first-served basis to grow their vegetables/herbs. So far, 40 registrations have already come-in for the patches. The patches were ploughed, marked and ready for growing. The MLA rode the tractor to loosen the soil and planted the initial saplings on 12th. Residents have been spending their mornings tending to their vegetable patches since. 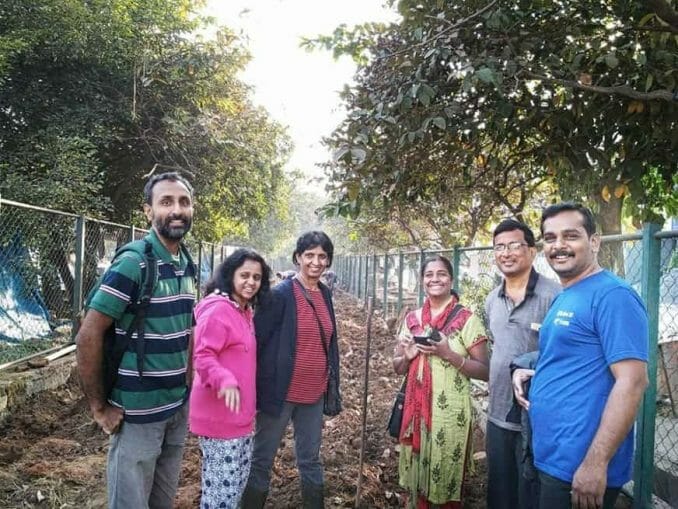 About Smita Kulkarni 3 Articles
The author has not yet added any personal or biographical info to her or his author profile.

Who says helmets are compulsory?

Everyone knows this and sees this. But the sight it presents on the Bangalore Traffic Police’s facebook photo page is one that must be seen.

How a Bengaluru apartment created a ‘food forest’

The forest provides the community free food, and has brought back bird and insect species that had long vanished from the area

Traffic Police Day and Constitution Day Campaigns are going to be a part of this movement that sows the seeds of civic awareness among children.