A red high heel, a tomato, a snake, a burger. Each of these emojis has a distinct meaning for the ‘TrainSpotters,’ a group of commuters who use instant messenger application, Telegram, to help each other pin down the location of Bengaluru-Hosur trains.

Here’s how it works: one among the 1,900 plus members types a symbol—the turtle emoji if they are waiting for the Kurla Express, for example— and sends it to the TrainSpotters group chat on Telegram. Either a bot fetches the information from the government-run rail website and posts it to the group, or another person who is in the same train who knows the status responds to it.

How to become a TrainSpotter?
If you are a regular commuter on this route, travelling by trains anywhere between Yashwanthpur or Bengaluru City Railway Station and Hosur, you can join the group by clicking this link after installing Telegram app in your mobile. Caution: The group doesn’t tolerate anything other than train updates, and those posting unrelated material are immediately blocked by the group administrators.

“A person who is in the train provides information when someone asks for an update for a particular train. The bot helps in a situation where no one from the group is present in the train,” explains Shivakeshava M, a resident of Anekal who works in Vasanthanagar.

Shivakeshava catches one of the trains from Anekal station to reach Cantonment station everyday. “The group activity helps us in leaving our home or office at accurate times, without having to waste time at stations,” he points out when asked how TrainSpotters helps commuters.

The TrainSpotters group currently has 33 emojis assigned to train stations and individual trains. The red high heel is for the Heelalige station. The tomato, Rayakottai. The snake, Periyanagathunai. The burger, Banaswadi. The lemon is the Karaikal Pass. The race horse is the Kongu Express. And so on…

Names of the trains are assigned to particular emojis that make it easy for people to associate the two and remember it with the help of visual memory with less difficulty. Yeshwanthpur station has the onion as its symbol – an immediate connection to the Agriculture Produce Marketing Committee (APMC) yard there. The legend is posted as the group image, and is self-explanatory even for beginners. 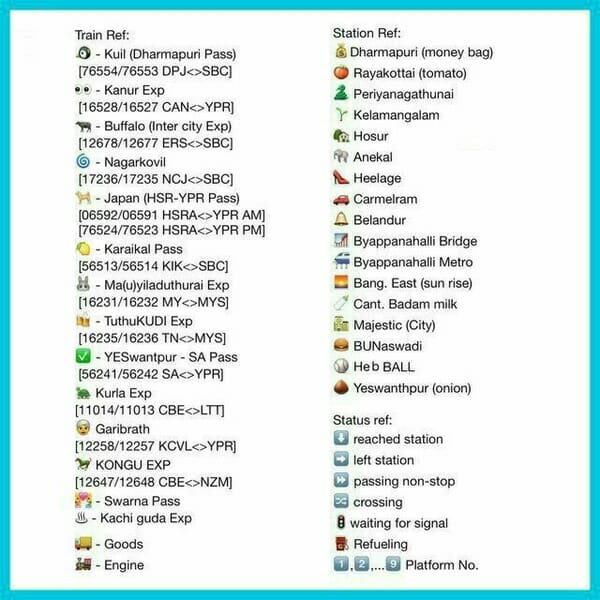 It all began with a WhatsApp group. A group of five commuters from Hosur created the group on WhatsApp a few years back and later switched to Telegram to accommodate more people. Initially, there was no bot. Those who boarded the train at one of the earlier stops would share the train’s location on WhatsApp. Over time, they began to use some symbols and eventually a new emoji-language was born.

The original TrainSpotters were just trying to ease the stress of their commute, in a situation where fetching the status of a train from the website is considerably time-consuming. They didn’t expect the group to grow to over 1,000 members.

Jayaprakash Chinnamuthu, an engineering professional travelling between Bengaluru and Hosur everyday, wasn’t an original member of TrainSpotters, but he transformed the group. Using his amateur coding skills, he created the bot on Telegram. The group shifted to Telegram from WhatsApp. 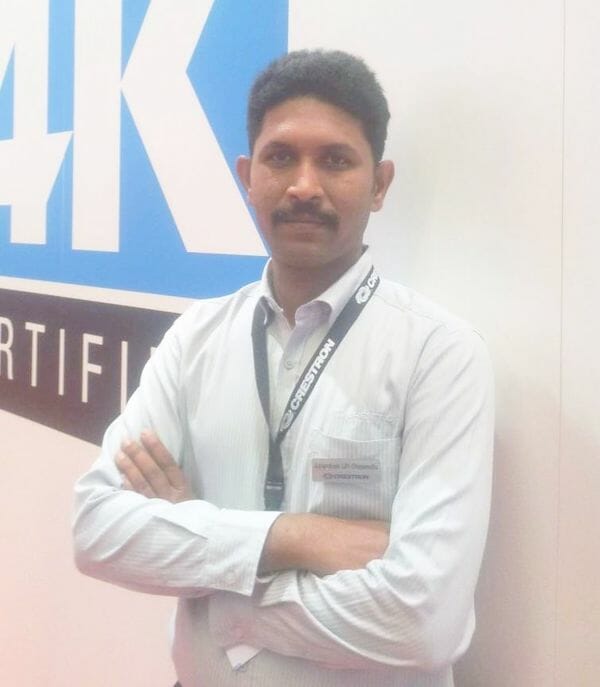 Jayaprakash says that the reasons for creating this bot, which took up hours of his free-time, were entirely selfish. He, like the original TrainSpotters, wanted to make his one-hour commute less of a headache. He had no idea the bot coded by him would be so widely-used and appreciated He is frequently thanked by strangers at the train station who recognise him from his Telegram photo.

TrainSpotters has also been used to mobilise commuters around specific issues. There had been incidents in the past of miscreants throwing stones at the trains at certain areas, especially in the month of April and May. Many passengers were injured in the process. Jayaprakash and other concerned passengers used the messaging platform to garner support for a protest to draw the attention of Indian Railways.

As many as 200 people attended the protest in Hosur, which captured the attention of the regional manager of the Railways. Railway police visited the troubled spots and took around 18 miscreants into custody as a warning. The stone-throwing has since stopped.

Jayaprakash says they are hoping to use this community to promote awareness on more issues, such as the lack of a bathroom on passenger trains or the hike in parking at Hosur railway station. As a result of the team’s continued engagement with authorities, many passenger trains now have bathrooms.

Recently, the usual parking fee of Rs.10 per day was hiked to Rs. 20 per day. The issue was brought to the notice of the Railway authorities, who came and inspected the parking facilities. Many members in the group are now discussing the need for a parking area at Carmelaram station. 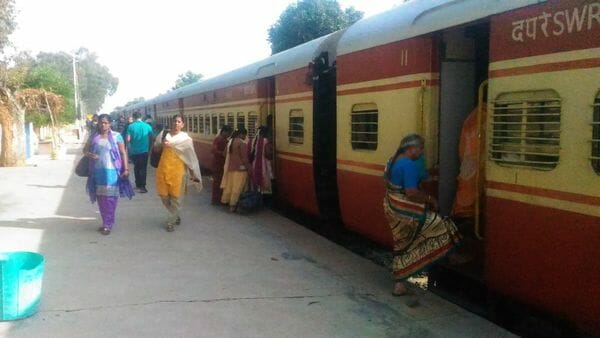 The efficiency of this system that has both system-generated and crowd-sourced arrival-departure times of trains is impressive and useful for the members of the group. Now commuters on other routes, such as those travelling from Whitefield to Byappanahalli, have approached Chinnamuthu, asking him to create a similar bot for their route.

Aneesh Kumaresan, another administrator of TrainSpotters, said building similar bots for other commuters is in the pipeline. For now, TrainSpotters is just for Hosur-Bengaluru commuters.

Children aren’t often welcome at cultural performances where the audience are expected to be disciplined. But Jagali in JP Nagar aims to change just this, by catering to family audiences. In this edition of Citizens Live, Saraswathi Anand, whose living room serves as Jagali, talks about this informal space

Bengaluru’s Rex is gone, but not forgotten

Recently, Rex theatre in Brigade Road wound up after 80 long years, to make way for a multiplex. As Rex and other single-screen theatres are disappearing from Bengaluru, the author reminisces about his experiences at Rex

I saw this beautiful moth on the staircase of my apartment building,  day before yesterday…. I called it the military camouflage moth, but the correct name for this is the Oleander Hawk Moth, in the Sphinx