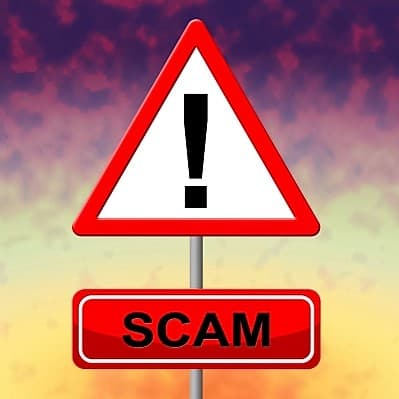 A few weeks ago, I’d just come out of my gym in RT Nagar when a couple with a child, looking as if they hailed from somewhere rural, approached me. Both of them asked me if I spoke Hindi and told me how they’d come to Bangalore on train from some place in Bihar, was summoned for a job by a contractor who had then cheated them. Now they were without money and couldn’t go back to their village.

The man had tears in his eyes and the woman looked sad. It was late evening and they begged me to give them some money to buy a train ticket to Bihar. They rightly guessed that I spoke Hindi and spoke to me in the same language to emphasise their alien-ness to this city. At that time, vulnerable and tired, I half fell for it. Still deciding not to give money, I took them over to a biryani place nearby and got them some biryani packed for dinner.

As I bought the biryani, I was pretty sure the Rs 150 I was spending on them was scammed off me, but the polite me didn’t know how to say ‘no’. The reason I knew it was a scam was because I vaguely remembered the same thing happening in Delhi, when I used to live there more than a decade ago. Also the cashier in that biryani restaurant looked like he’d seen that guy before. There was a flicker of recognition in his eyes. Anyway, I paid and left, feeling cheated and hoping that I would see them again so I could confront them.

The same scam was repeated before me, TWICE at the Trinity Circle today. There were two families I saw: in each case, a couple with a child, usually 3-7 years of age trailing behind. One of the families was standing a bit off the other and the other had already stopped a lady who gave out Rs 100 to the couple in front of me and my friend. We didn’t stop her at that moment.

Later in the evening, when I was walking out of my gym, a couple, this time on a scooter, stopped me, asking for directions to Mekhri Circle. I told them. Then they said they wanted to go to the airport. I gave more directions. By then, they’d told me they were from Maharashtra (though my first sentence to them was in Kannada and they understood it too) and had come here visiting. They’d been fined for riding a scooter without a helmet on and were now out of money to fill petrol in their scooter and go to their sister’s place who lived on Airport Road.

“I’m not a beggar, miss,” the guy said in Indian English, “but if you could help.” I was surprised as these two appeared more middle class than the others I’d seen and observed. The woman wore a prim cotton sari, her hair neatly tied up. And they were on a scooter! But yes, it was a scam too. “I’m sorry sir, but I won’t give money,” I answered politely before walking away. The woman even smiled as if to say she understood.

Now all of this could be a big coincidence, but since this has happened to me thrice in a few weeks, I get the feeling that it’s a rampant scam across Bangalore right now. Here’s how it goes:

1)   Couple approaches you asking if you speak Hindi. Usually they see you’re an ‘outsider’ to Bangalore

5)   It’s been five minutes and you just want to get away.

6)   They insist they are not beggars, only in trouble and they’ve tried to ask others for help but have been refused. They mumble something about being cheated or fined and being embarrassingly out of money. This is the high-level sympathy card.

By this time, you’re probably hooked. As a good Samaritan you want to help out or maybe you feel pity for them. You won’t give out Rs 10 as you usually would to a beggar. You would give no less than Rs 100, for how will a family travel back to their village, eat dinner and stay the night somewhere on a meagre Rs 10?

It’s a lucrative begging idea, playing off people’s sympathies and works almost every time. I’m sure it’s not even a family, just a bunch of people together made to look like a family. A new kind of a begging scam.

What to do if you’re being scammed and are too polite to say no?

Say you won’t give money. If you’re too polite for that, insist that you would like to take a photograph of them and share it as a warning for others who might be considering coming over. Hopefully, the minute you take out your phone to take a picture, the family will scoot.

If others have faced this, please do add into this blog with your experiences. It will warn others away from getting scammed.

About Shweta Taneja 1 Article
Shweta Taneja is an author who loves to turn ordinary into unusual stories. When she's not creating fantasy books or asking curious questions to complete strangers, she writes no-nonsense articles. You can read more about her on www.staneja.com
Website

Safety at your fingertips with the Traffic Police’s bSafe app

Tired of errant auto drivers taking you for a ride? Sick of incessant honking when you are stuck in traffic? You can easily report it to the Traffic Police now!

Petrol price hike and ease of use without being hassled about licenses has pushed more people to buy electric bikes. Low maintenance costs are also the reason for this spike in interest.

Finding my lost father in Bengaluru

Everyone knows about this case of missing man found after three days. But how did the family find Ponnaiyan finally? Read on.