The next house is located in Gandhi Bazaar, Basavanagudi. This house was built in 1939 by Sethu Madhav Rao who hails from Thanjavur. Madhav Rao passed away in the year 1979 and his son, having settled in Bombay decided to sell the house.

The house initially had a verandah, which was converted into a covered porch. Other minor alterations have been carried out from time to time, like the toilets were converted to a western style from the Indian style. The current owners are not planning on undertaking any other renovations as they are unsure of the structural strength of the house.

This house predates the other two houses and shows the influence of the colonial bungalow style of architecture. The 19C Bungalow as conceptualised by the British soon became the aspirational style for most Indian city dwellers of the late 19 / 20 C. However rather than adopt the British / European model in-toto Indians adapted it to suit their own culture and lifestyle resulting in an off-shoot that expressed the ‘Indian-ness’ of its owners / dwellers. This house is a scaled down version of this off-shoot style likely in keeping with the owner’s budget and lifestyle. 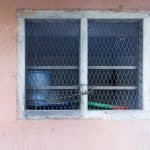 Much thanks to Krupa Rajangam, Conservation Architect and cofounder of Saythu, for her inputs to this article.

Many Bengaluru auto drivers use ride hailing apps only part-time as they say they are able to find customers without the apps most of the time.

The art of playing with clay

Deepti Sarma looks at options for learning pottery, trying her hand at an art that only looks easy. A feature on pottery with tips on how to get started.

With orders pouring in and losses reducing quickly, this Peenya based manufacturer has managed the transition. But will the good days continue?