‘Swacch Bharat!’ We have seen a lot of hype about this programme in media but what is the reality? Of course, many things are happening in little pockets around the country, about which we read or hear. It does give us some hope that some day, maybe after half a century, we may see some difference at least in certain localities. However, as an individual, my experience has been a bit disappointing.

Firstly, the once beautiful garden city of Bengaluru is turning into a city of concrete, garbage, polluted water bodies and chaos at a very fast pace!  Cleaning up the existing dirt is one thing.  But unless our people develop a mindset against creating more filth, Prime Minister Narendra Modi’s dream is going to be really tough to realise. 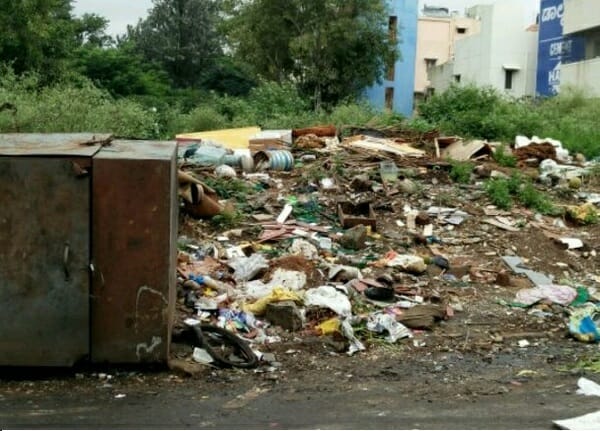 In Singapore, people cannot eat or drink anything in public transport vehicles and the fine for breaking this rule could go up to as much as 500 Singapore Dollars! Can we ever implement a law so strictly?  Modi and his team have been harping on stopping the menace of open defecation in rural areas. But according to me, urban spaces are the dirtiest, and not just in and around the slums.

How much can Government agencies alone achieve? Educated people and students do not think twice before urinating in any public place. People litter the roads and the space outside shopping complexes without hesitation.  If we try to advise them, we are snubbed, ‘mind your business’. Besides, we cannot police every citizen against littering, spitting, urinating and defecating in public. Unless people themselves are aware and cooperative, this is going to be an utter failure.

The Railways are really working hard to fulfil this dream. The stations generally are clean. I was very surprised to find very clean toilets, with water supply, buckets and mugs at Erode Junction, where I had to wait for a train recently.  But so much more needs to be done. The second class compartments were very unclean.  There was no water in one of the toilets and my complaint went unheard. There are no mugs. There are no garbage-bins.

As it is, people rarely use bins to throw trash! Most find it easier to throw the plastic packets, cups, plates and leftover food items on the railway track, to save those few steps to the nearest bin! So, imagine the scene when there is no bin around!

The entire railway track is littered and it is sad to see employees of the railways clearing the trash physically, who anyway have to bear the misery of walking on these tracks laden with human faeces and urine from the train toilets.When will our people realise that a bit of discipline on their part could greatly reduce the ordeal of these individuals?

Modi’s grandiose dream also encompasses cleaning of the holy river Ganga. May this happen! But in a country, where people are capable of dirtying even an ocean, God save the rivers and lakes! I visited Rameshwaram temple recently and had the shock of my life. The temple is very well-maintained, clean and orderly. But there is a practice or ritual that mandates devotees to bathe in the ocean behind the temple, then bathe in the water of the twenty two wells situated inside the temple and then go into the temple in dry clothes for worshipping Lord Ramanatha.  So, we went to the shore of the ocean first and were shocked to see the crowd and filth there.

First of all, the water is stagnant, without waves and seems like the backwaters. We stepped in, thinking that we would go farther into the water to avoid the dirty shoreline, as it was shallow, but even after we walked nearly two furlongs into the ocean, we were stepping on clothes – used clothes! It then emerged that there is a belief that one should forsake the old clothes that he or she is wearing before going inside the temple. So, people just throw the clothes into the water or dump them all along the shore and even in the changing rooms inside the temple!

I have nothing to say against individual religious beliefs. But, there could be a more sustainable way to put them into practice. Can the authorities not have an arrangement to collect such clothes and have them disposed of by better methods?  How can they be blind to millions of people dumping their clothes into the still waters of the ocean?  How dirty it is to walk on those dirty, mossy clothes?  How holy will you be after such a dirty bath?  Isn’t it also unhygienic?

I feel really sad that all our water bodies are polluted in some way or the other – religious beliefs, industrial waste, urban sewage and the general bad habits of the public have all combined to bring them to this state. Swanky high-rise complexes are constructed right on the banks of water bodies and the sewage waste is very conveniently directed to the water bodies. Unless we stop all this nonsense, we have no hope of seeing the light of a cleaner, better tomorrow.

Each of us should make it a habit to respect public spaces, water bodies, forests and mountains.  Only then, can we clean up our country.  Modi alone or his slogans, his laws and his team can achieve little without the cooperation of the common man!

Village becomes “swachh” with Rs 1.5 lakhs, cycle trolleys, bins and bags
Here’s how we can make Swachh Bharat campaign work in every city
Participate in Swachh Bharat survey to rate Bengaluru’s cleanliness
Why you should take the Swacha Graha pledge today!

Express yourself, but not while driving

Plugged in human beings – be it phones or music gadgets, are a hazard on the road. On average, two die in fatal accidents each day in Bengaluru. How many of these are due to the distraction caused by cell phones while driving?

The language battle on Bengaluru’s airwaves

In part-II of the series, Citizen Matters explores why a section of the Kannada film industry is demanding only Kannada music on Bengaluru’s private FM channels.

This is the way they are

If you get us some apples, we will go to school, otherwise, no!, said the girl.