One of the things emerging from the Cauvery crisis is the complete absence of communication from all parties regarding data on the basis of which decisions are being made or are being requested to be made.

For instance why has the Supreme Court now asked that 6000 cusecs of water be released for six days from October 1st to October 6th? This amounts to 3.55 TMC of water. What is the reasoning here? Is it pro-rata proportional distress sharing?

How did the Supervisory Committee make its recommendations on the release of a certain quantum of water? What was the logic they were applying?

What is the drinking water needs that it wants to reserve in its reservoirs and not release taking on the Supreme Court by a decision of the legislature?

Karnataka has to be praised on one count at least apart from the remarkable patience it has shown to what seems to be an obstinate and obdurate neighbour from this side of the information fence. The excellent data that its organisation www.ksndmc.org maintains and which is available in public domain.

This helps us understand the water situation better. If only it would tell us also the flow at Biligundlu which is from a direct catchment, it would help clear the air better and lead to more informed discussions at least in Karnataka.

I ignore Tamil Nadu because it has been completely opaque on the rationale of its demands, its reservoir levels, what does it fear and what does it need for drinking purpose (after all 2 crore Tamilians live in the Cauvery Delta and need drinking water too but exactly how much do they need?

I had written this some days back “A slightly contrarian view on the decision of the Supreme Court decision to release 6000 cusecs for 3 days amounting to 1.555 TMC of water by Karnataka. Between 23rd September and 27th September, as per the figures of the www.ksndmc.org, the storage in the four reservoirs of Harangi, Hemavathy, Kabini and KRS has gone up 27.94 to 30.53 TMC i.e. by 2.59 TMC. This is the live storage component and excludes dead storage. 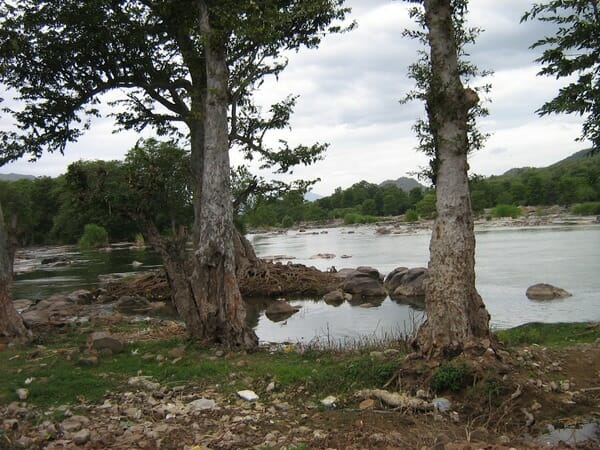 Hence Karnataka has been asked to release 1.555 of 2.59 TMC, this may be fair or unfair but is definitely a better situation for Karnataka as compared to 23rd September.

After the release of this 1.555 TMC, Karnataka will have 28.975 TMC. A further 5.184 TMC can be expected by end of November. There is therefore enough for drinking water till the first of June if the storage is well-maintained.

The question is, is it worth the risk of contempt of court and a constitutional crisis? Admittedly there is no waters for irrigation in Karnataka… the jury is out.

Now it turns out that water actually flowed from Biligundlu without Karnataka having to open any of its reservoir sluice gates. If only we had not passed a resolution that we will not release waters, we could have legitimately taken credit for this water reaching TN. Now we cannot.

Yet again the SC has asked us to release 6000 cusecs for six days from 1st October to 6th October. Now we have 32.08 TMC in our four reservoirs. Inflow as on 29.09.2016 was 10,084 cusecs. Even if it tapers off to 5000 cusecs per day (and one does wish and hope that there is a modelling exercise by KSNDMC to predict rainfall and flows for six days which could be used) we will add another 2.59 TMC. Let us assume that the flows at Biligundlu would be 2 TMC for the next six days. We would then be releasing 1.55 TMC from the 2.59 TMC which would flow into our reservoirs and would have 33.12 TMC on 7th October.

Therefore we need not panic on there being no water for domestic consumption at all. Our ratcheting of a confrontation based on a narrative of no water to release from our dams or there being not enough for drinking would then be tempered by data and then we can reasonably argue with the Supreme Court on the justness of our cause.

This is not an argument for TN because I have no data or information on their demand I leave it for a further post but for heavens sake, folks, we are not running out of water to drink.

Students from six Sanjay Nagar schools participated in the Walk to School event held on November 5th. The initiative encourages school children to be active, and in turn be more aware about their neighbourhood.