It started off as a typical day. The autowallah announced the meter doesn’t work as we entered the godawful intersection. I asked for him to cross it and stop. He offered to drop me at my destination and take what I give since I go this route to work daily and must know what it costs. I agreed despite my better judgement and as soon as we reached, he demanded double. I gave him the usual and started walking off, he grabbed my hand trying to stop me and then followed me into the Kamat where I went to grab breakfast.

“Happy Woman’s Day!”, said the chirpy young woman at the counter, making me smile as I ordered, after wrangling with the auto driver and telling him to bring the cops if he wanted more. I was mad hungry as I waited for the Neer Dosa to cook, and a barrage of tweets celebrating mothers, wives, daughters and sisters flashed on my screen. As did my irritation.

I shot off some to put the world in its place and felt instantly relieved. 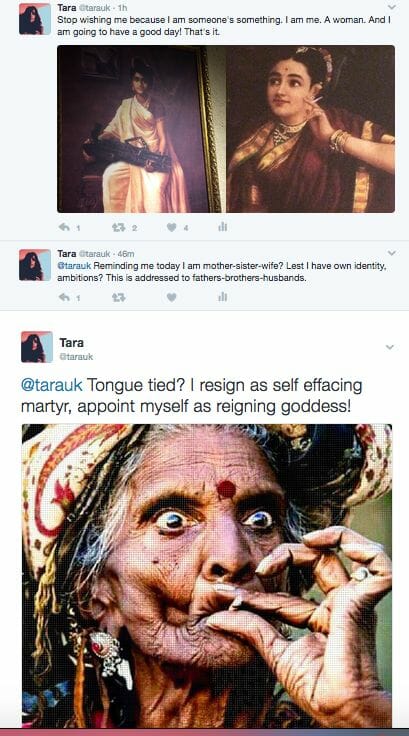 It’s so easy to be put off on Women’s Day, on any day, everyday by the state of women in India, and the at once foolish, insidious approach of its political leadership that keeps it that way. No. It’s not the men alone being foolish and insidious. It’s women too. (If you don’t believe me, follow, @manekagandhibjp.)

Still, there is a huge, thick silver border decorating that cloud. Not just a thin lining, but a shimmering, shining beacon of hope. For Bengaluru.

Citizens. For Bengaluru. Citizens who are female. And male. 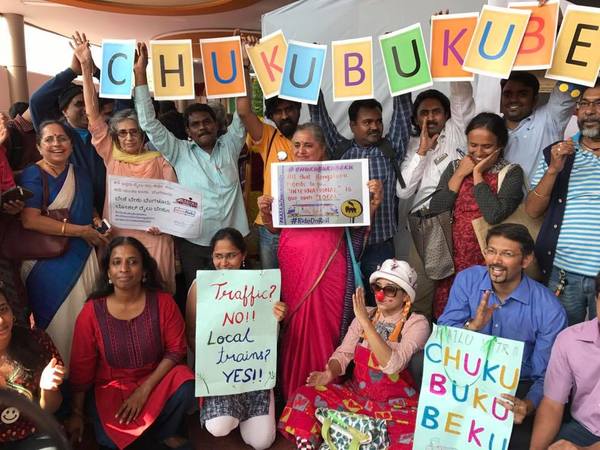 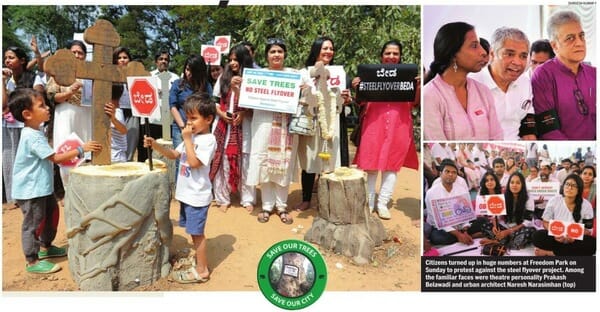 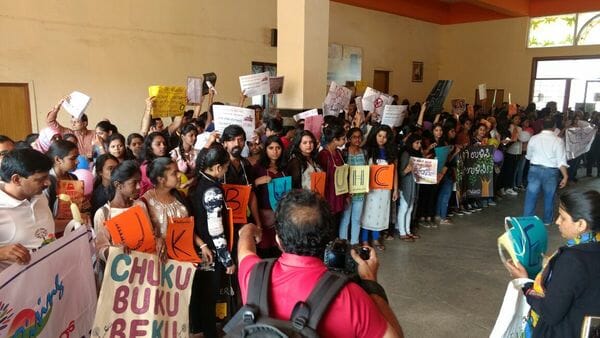 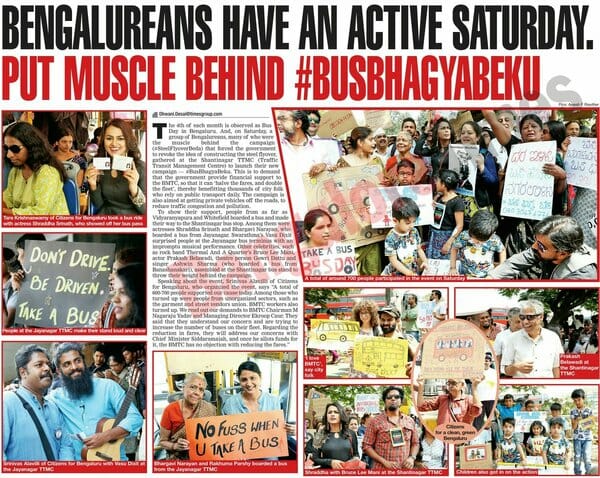 While it is supremely important for women to fight for their rights, it is simply sublime to see them claim their place as leaders in the fight to build a sustainable city. In doing so, they will naturally shape Bengaluru in their mould. A city that is more accommodating and liveable for women.

With Citizens for Bengaluru, women are now guardians and warriors for Bengaluru, citizens and leaders of Bengaluru, not just sisters and wives, or mothers and daughters in Bengaluru. They design campaigns, drive volunteer mobilisation, chair meetings, lead street protests, sloganeer, manage media, print collateral, work with the police and political establishment. They also bring Nippattu and Iyengar Bakery Cake to meetings. They do it all.

The beauty of it is that it has evolved this way, with the men in CfB secure and the women confident.

So, this Women’s Day is different. It is a marker. Not of a beginning — because that was the #SteelFlyoverBeda Human Chain on October the 16th 2016 — but of a journey. A milestone marking an era in which the henn maklu of Bengaluru will raise the city, nurture it, shape it, battle for it and celebrate it.

Bengaluru has come of age! Its women are willing to war for it. Not asking to be empowered but instead offering to strengthen Bengaluru. That is more than what most cities can say for themselves.

This Women’s Day, we, the women of Bengaluru, salute our beloved city and promise that we are here for Bengaluru. To have and to hold.

Women still prefer crowds to quiet
Atrocities Against Women: NOT Their Fault
“We women know what we want. It is the men who should be here”
These women weave warmth into lives of strangers
Are women ministers best-suited for ‘nurturing’ ministries?
Women Councillors – Puppets? Or not?
This Women’s Day, let’s salute all the women making Bengaluru better!
Suicide among young women

About Tara Krishnaswamy 5 Articles
The author has not yet added any personal or biographical info to her or his author profile.

These colourful ‘flying needles’ are a pleasure to watch – next time you go out to a nature outing, take care to notice them and enjoy!