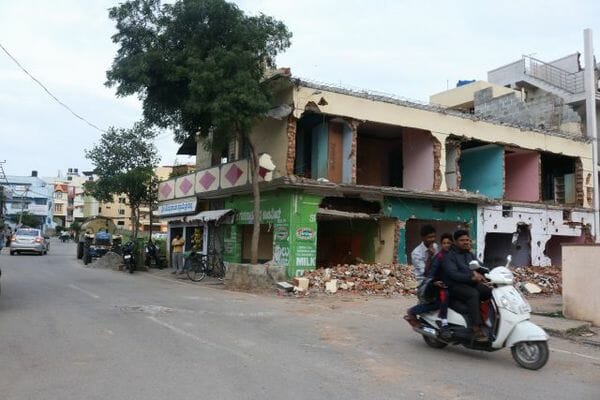 Over 600 readers have donated over the years, to make articles like this one possible. We need your support to help Citizen Matters sustain and grow. Please do contribute today. Donate now

A view from the street in Kodichikkanahalli, Bengaluru. Only the front side of this property was demolished. 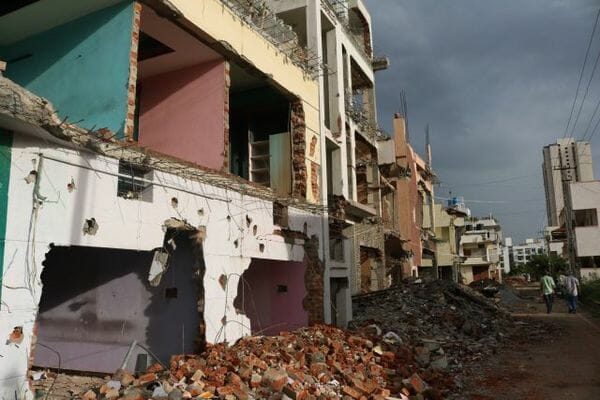 Another view of the same property. Properties on the Raj Kaluve are technically government-owned and can be demolished at any time. 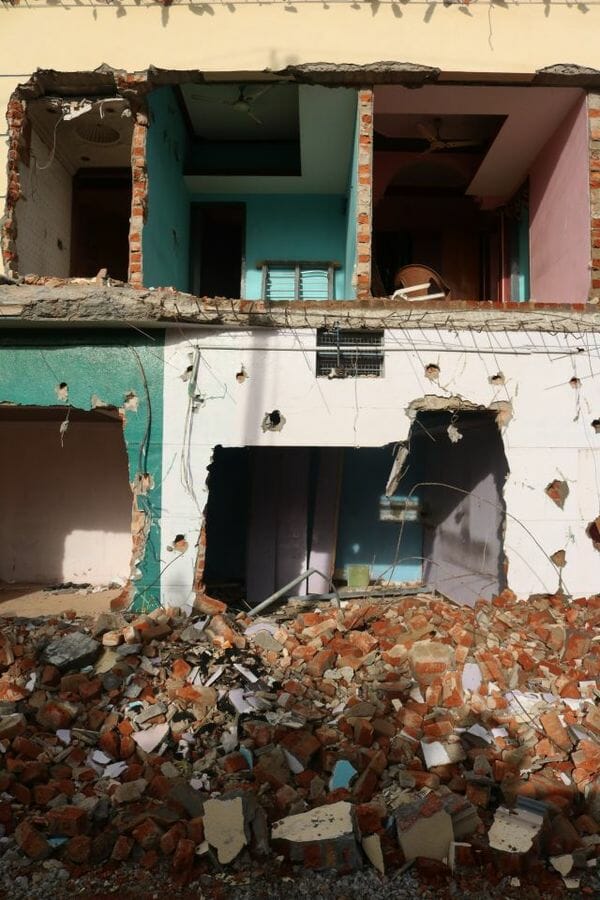 In Kodichikkanahalli, and in other Bengaluru neighborhoods, residents are claiming BBMP has given them no notice before coming in and demolishing their homes. 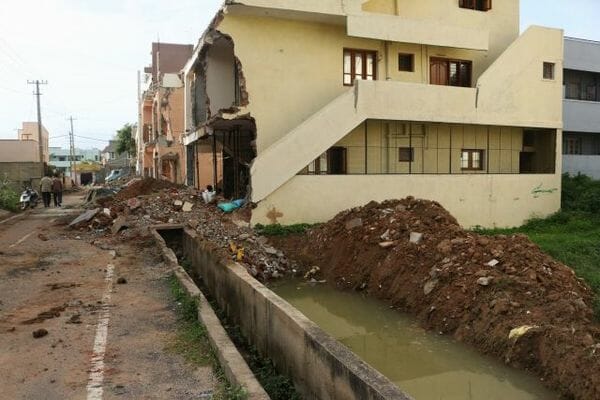 A clear view of the Raj Kaluve seeping into a residential area in Kodichikkanahalli where several demolitions have occurred over the past month. These demolitions are of properties encroaching on the Raj Kaluve. 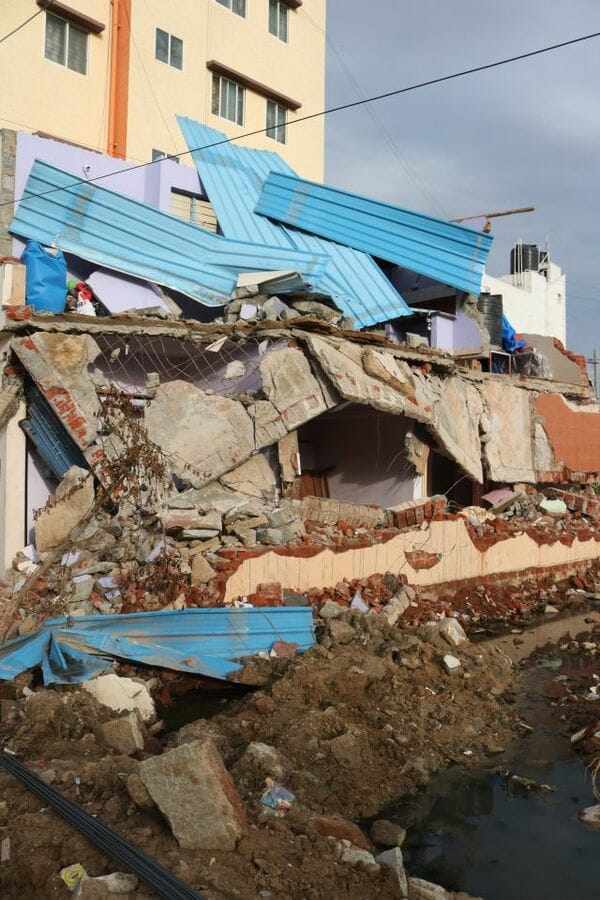 Rubble can be seen strewn about the back streets of Kodichikkanahalli, Bengaluru, the aftermath of the demolitions. The Raj Kaluve natural passage is halted by many properties throughout Bengaluru. Some argue demolitions are not the answer, the Raj Kaluve can and should be diverted. “We don’t live in the age 100 years ago, we have better ways to deal with these problems, we have tech,” a Kodichikkanahalli resident said. In Kodichikkanahalli, Bengaluru construction on the Raj Kaluve has begun. 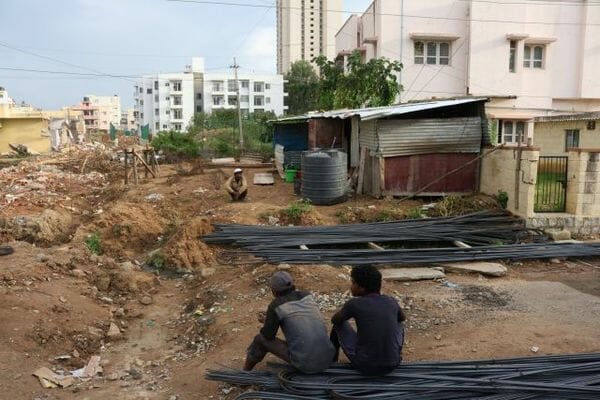 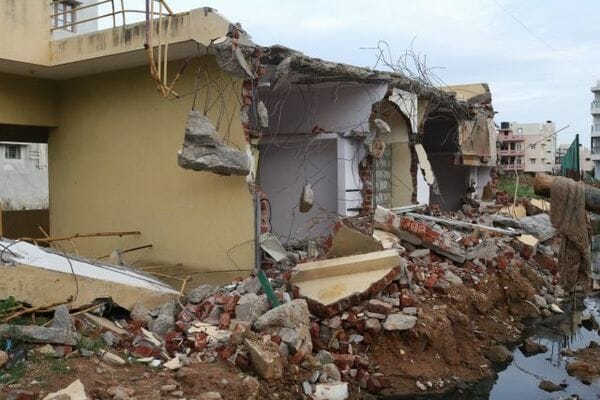 Residents of Kodichikkanahalli not only experienced demolitions but are now left wondering what is to be done with the remains of these properties? 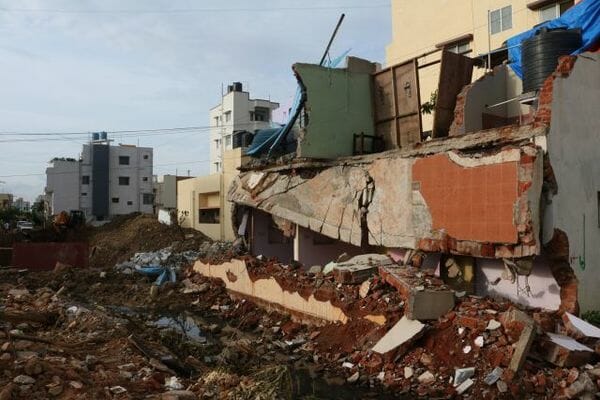 “Every house is a victim,” said a Kodichikkanahalli resident. “Corruption, that is the problem, and how are they fixing it? By demolishing people’s houses.” BBMP official documents claim all rubble from government-operated demolitions will be removed. The documents do not provide a timeline. Rubble in the Kodichikkanahalli neighborhood has been sitting, untouched, for two weeks. “Ultimately the common people, the real people with small houses, they will be affected,” a resident said. “They [BBMP] will not show any mercy.” 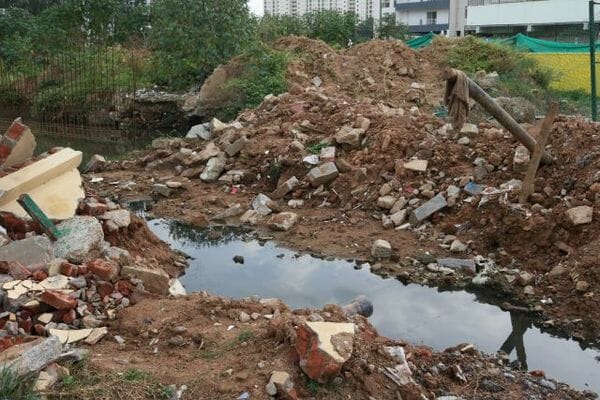 Kodichikkanahalli is an area being hit with demolitions and is also an area that was hit particularly badly with flooding three weeks ago. 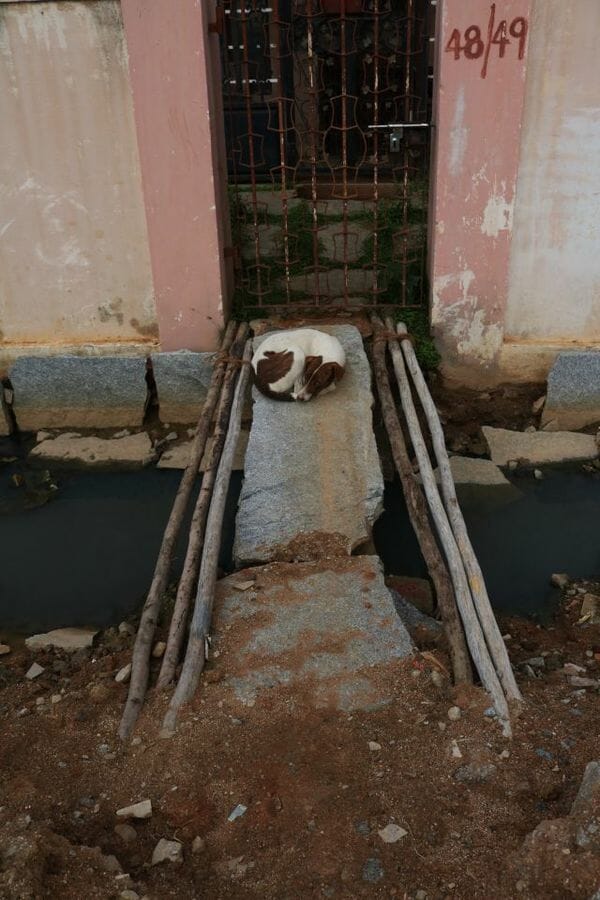 A dog sits on a makeshift bridge in Kodichikkanahalli, Bengaluru. A passage of water below is left over from the floods weeks ago. Pic: Kate Clark.

Piped gas yet to reach majority of Bengaluru households

Unchecked tree loss is wiping out the Slender Loris from Bengaluru

Unused materials in your home can help B’luru kids get back to school: An eco-group shows how

“Unplanned development failed the ORR. It may fail Peripheral Ring Road too”

BBMP Council election: “As history repeats itself, citizens are paying the price”

Documents to check before you buy any property in Bengaluru

Looking to buy property in Bengaluru? Here’s all about land types and sanctioning authorities

Body to protect Bengaluru’s biodiversity revived, but can it help?

Metro reopening: What are the lessons from global cities?