Tender SURE project hits the headlines often, mostly because of the work that has gone on for a long time in the roads selected for the project. Many have questioned the rationale behind Tender SURE. Space for trees on Tender SURE roads, space for street vendors, citizen participation before the implementation of the project, execution and other aspects have come under criticism. 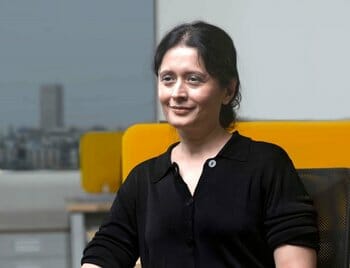 Trees and Tender SURE – does the design take into account the trees? If yes, why were many trees cut on Vittal Mallya Road?

Not sure where you got this (mis) information from. NO trees have been cut due to the Tender SURE Project, and in fact great care has been taken in the designing to reroute the service lines around their roots, so that there is no damage to the tree. Each tree has been protected with tree pits, cover metal gratings and ground cover, in the hope of further preventing people using the space around them as dust bins. Apart from the existing trees, many new trees are being planted.

Footpath vendors – are they going to be driven away from the Tender SURE roads?

Quite the opposite. We have designated vending areas demarcated by paving patterns on the footpaths to allow for street vending. The vending areas have been designed so as not to hinder form movement (pedestrian, cyclist, or motorist).

Why was there no citizen participation in the design of Tender SURE roads?

Citizen participation is in the founding DNA of our non-profit organisations. Tender SURE Project had the rare distinction of inviting public participation even BEFORE work began.

The first hammer hit the road in March 2014. On November 23rd 2013 Jana USP organised a public participation meeting in the area. For two weeks prior to the meeting, the ground mobilisation team of our sister organisation, Janaagraha, went door to door, distributing pamphlets inviting people living/working in and around the seven roads.

All English and vernacular media were invited to the meeting. At the venue, the existing condition and redesign plans for all seven roads were put up on the walls for viewing and discussion. See link: http://portfolio.janausp.org/?page_id=3827

Jana USP explained Project Tender SURE in detail. The BBMP Commissioner and Contractor provided the project timeline and quality specifications. The MLA and local corporator were present. Kiran Mazumdar Shaw endorsed the vision of the project. The above, as a panel, held a discussion and answered queries from the audience.

Following this, two more public participation events were held by the BBMP, chaired by the local MLA. To continue to engage the local residents, Jana USP organised a two-week door-to-door campaign, urging the residents to volunteer as Tender SURE road mitras, and created online communities for each of the seven roads on the website ichangemycity.com, where residents are provided contact numbers to the agencies and contractor to raise concerns or queries on the road works. No project has seen this kind of effort towards participation.

Why was BBMP not taken into confidence? Or was it involved in any stage of the project? If yes, details please.

Not sure what this question means – the BBMP is the owner of the project. The design and oversight of changes required based on ground conditions is done by Jana USP. BBMP has been involved in every stage of the project. The tender was floated by BBMP, work was awarded to the contractor by the BBMP, the Project Management Consultants (PMC) have been hired by the BBMP, all drawings by Jana USP are submitted to the BBMP and issued by them to the contractor.

BBMP is working separately with design consultants for Phase 2 and Phase 3 Tender SURE design and implementation. Jana USP is not involved in these roads, but BBMP is.

What are the practical problems that are delaying the project/ construction on the road? Are you getting the maps of sewer, water connections, OFC etc readily? Are they integrated in the initial design itself, or is it left to the engineers working on the roads to figure out what is beneath the road and add it to the integrated network under the footpaths?

Tender SURE is a brownfield project, where new service lines have to be laid amidst the utter chaos of existing underground lines, and without damaging these. Nobody knows what these lines are, where they are, which are live, damaged or defunct. Much of the infrastructure has been built over decades.

In a rare effort, coordination between agencies (BBMP, BESCOM, KPTCL, BWSSB, Traffic Police, BMTC) is slowly getting mainstream, for these roads to upgrade and streamline their service lines and access chambers without digging up the footpath. The network services are integrated in the design from the beginning.

Jana USP has painstakingly collected the inputs from all the agencies before preparing the working drawings. There is one drawing for every service with levels, direction of flow, inspection chamber location, as well as the details of how it joins the existing networked infrastructure of the city. Structural drawings for the inspection chambers have also been provided.

Tender SURE is undertaken in a live city, without stopping of traffic. Construction proceeds for 500 metre stretches on one side of the road, and the second side is started only after this side is completely done. This dramatically reduces the speed of execution by about 75%.

Was there any survey undertaken to see the number of pedestrians on the roads where the Tender SURE project is being undertaken? Or is there a projection of walkers for a Tender SURE road, to justify the footpath width?

It’s a chicken and egg situation really: do people not walk because there are no footpaths, or are there no walkers and therefore, no safe footpaths are provided? In a country like India where 45% of the people cannot afford personalised transport, no sensible person would respond saying it is the latter. World-over the debate today for creating vibrant cities is moving towards more pedestrian-friendly streets. Here it appears that we continue debating how to increase space for cars, while reducing our footpaths.

Jana USP has indeed conducted traffic studies – and these indicate that the traffic congestion is only going to get much, much, worse. The numbers of vehicles are only going to increase, faster than the population will increase. We cannot expand space of these existing brownfield roads with predefined widths. So what’s the solution? More land acquisition and road widening? Or is it reasonable to begin to design roads to include public transport and non-motorised travel?

The bottom line is that these roads are not designed against motor users, but for a balance towards all users, including pedestrians and cyclists. Besides, when people walk, we are actually reducing vehicles on the road, and therefore the traffic.

What do you feel is the main reason for opposition for the project? Is it the communication gap in making the vision of the pedestrian-friendly city understandable to all, or something else?

Actually more and more people are favorably inclined to the Tender SURE project than is being reported. Most people agree that we need to fix our roads, and stop the continuous cycle of expenditure on roads. Translating that from theory to practice requires enormous effort and also patience, till the job is complete.

The reality is that everybody benefits with Tender SURE roads. Who would not want walkable footpaths, better street lights, sensible parking, road safety, aesthetics, greening, cycling, and no more digging of roads? Instead, we are forced to using cars for the shortest of trips, and parents no longer feel safe letting children cycle on the roads.

With Tender SURE roads, there is no doubt that people’s lifestyles will change, and that we will be walking and cycling much more.

Now that the CM has said the footpaths won’t be wider, what do you think is the way forward?

The Tender SURE guidelines provide good design principles and standards, but each individual road then has to be designed specifically for its unique geometry and conditions. No two roads can be the same, and often stretches of a single road vary greatly.

For example, the noise on St Marks footpath being too wide, is actually only for a 10% stretch outside Bowring – 90 metres of a 900 metre stretch. This is due to the specific condition of greater width at this point and existing trees. The other six roads did not have this extreme condition, so footpaths on these roads are more consistent in width.

The two important aspects to retain in Tender SURE as far as possible, are for the lane widths and flow to remain continuous, and for the utilities—water, power, ofc, drainage, sewage—to be contained and accessible without cutting up the road.

Will making the services such as electricity and sewer go under the footpath, and having well-maintained footpath, while the road width might be less, serve the purpose?

A road is only as good as its narrowest width. Tender Sure does not promise to resolve the issue of ever-increasing vehicles and traffic. What the project aims to deliver are two things: improve the experience of the road for ALL, and prevent the current situation of continuous digging, agency after agency. Every road has its own constraints and has been designed with great care, to the last detail.

What is the solution for the illegal parking that takes place on the Tender SURE footpaths now, due to lack of sufficient police to man the footpaths? As there are not enough pedestrians to take over the wide footpaths, vehicles are parked carelessly.

Once the bollards are all in place, it will become extremely difficult to park on the footpath. But ultimately, all change in behavior is dependent on credible enforcement. Design can only deliver up to a point.

We see that even groups like ESG who are pro-pedestrian are opposing Tender SURE for their own reasons. Isn’t this more of a misunderstanding than anything else? Have the visionaries of Tender SURE tried to engage with the citizen groups that are opposing the project, by means of a Tender SURE dialogue?

You need to investigate this for yourself and your readers.

Ultimately people are making up their own minds and not allowing others to make it for them. People want better, and are demanding better. As citizens, we deserve better.

We get far more encouraging messages of support and sympathy than unwarranted criticism. But this is part and parcel of the democratic process.

Besides, it is the same handful of people with their ongoing criticism. In a democracy, people have the right to criticise, but just because they criticise, it does not mean they are right.

There is nobody who can say that the miserable condition of our roads is an acceptable status quo. If the argument is that there is a better way to redesign roads, then the onus is on the critics to show by example a better design and approach to fixing our city roads. The reality is very few who criticise, want to actually take the effort to roll up their sleeves, get their hands dirty, and help solve problems.

Why are the footpaths wide on Tender SURE roads?
What’s this Tender SURE all about?
Tender SURE roads: Protesters see problems with process, cost
Here are the serious issues about TenderSURE you should be worried about!

Save trees while you upgrade Vet Hospital: Citizens to Govt