He is one among eight awardees who have been awarded the fellowship to pursue proposals for journalism innovation at Stanford University during the 2015-16 academic year. The other fellows are from Ukraine, Venezuela, Kenya, Germany, China, Australia, and Brazil.

“I am thrilled and excited by receiving this award,” says Subramaniam Vincent. Explaining the project on which he will work on during the fellowship, he says: “Around the world, city newsrooms are often using reporters to both track city issues and civic engagement as well as report on it. This is not efficient, because tracking needs to happen all the time even when reporting is not going on. Otherwise newsrooms go out of sync very quickly when they are short of staff or when reporters change roles, etc. And the best of technologies and design are available today. I want to find a way to help newsrooms track issues better and seamlessly.”

Reproduced below, with permission, is the full news posting released by the JSK program at Stanford University on April 20th. 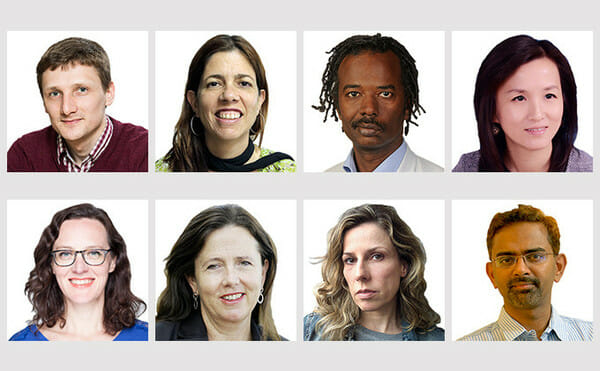 Eight international journalists have been awarded John S. Knight Journalism Fellowships to pursue proposals for journalism innovation at Stanford during the 2015-16 academic year.

They will develop a range of proposals for meeting journalism’s challenges. These include engaging the emerging middle class in Australia, new business models to sustain independent media, encouraging innovation in media, supporting media working under adverse political and economic conditions and leveraging technology to empower women to lead in newsrooms.

“We’re really excited about this group of international fellows,” said JSK Director James Bettinger. “We think they’re going to have a major impact on journalism in their home countries.”

The JSK program fosters journalistic innovation, entrepreneurship and leadership. Each year, it gives 20 outstanding individuals from around the world the resources to pursue and test their ideas for improving the quality of news and information reaching the public. Twelve U.S. fellows will be announced in late April.

include the John S. and James L. Knight Foundation, the Lyle and Corrine Nelson International Journalism Fund, the Enlight Foundation and Yahoo! Inc. The 2015-16 academic term will be the 50th year of journalism fellowships at Stanford.

Journalism challenge: How can we implement new business models to sustain independent media in developing markets?

Journalism challenge: How can we develop a journalist-centered innovation model to promote entrepreneurship and sustainable new media under adverse political and economic conditions?

Journalism challenge: How can professional journalism be conducted in regimes with deterrent political, security and socio-economic conditions?

Journalism challenge: How can we structure news organizations to support continual innovation and restore the influence of professional media in the Internet Age?

Journalism challenge: How can we use technology to empower women in newsrooms to take on leadership positions?

Journalism challenge: How can we create a program specifically tailored to journalists and media in Australia to encourage investment in new media and embed innovation in journalism?

BBMP, which has rejuvenated many lakes over the years, will now take over all city lakes except three. Meanwhile BDA has started rejuvenating Varthur lake. Read more on what else happened in the city this week, in our roundup

Naribai: a monologue that explores what respectability is

The play did not have a brochure – it was a one-woman production, and the brochure didn’t really mean anything.