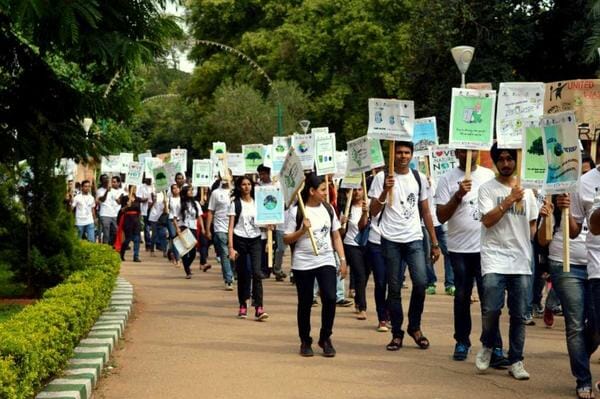 Narsee Monjee Institute of Management Studies, Bangalore in association with Bangalore-based NGO Saahas, organised its flagship event called ‘Walk-a-Thon’ for creating awareness about Zero Waste on August 9th at LalBagh Botanical Garden. The walk was organised to raise cognizance and sensitise people about this issue which has been plaguing our society for far too long and needs to be addressed immediately. The event was organised by Udyam, the social responsibility cell, in association with Rang, the cultural committee of NMIMS.

The day started with a corporate event at the institute, where the guest speakers and participants from the NGO came forward and shared their experiences. As a preamble to the event, Saahas gave a presentation about Zero Waste, which was followed by Walkathon Symposium – a corporate and student interactive session with CSR cell. 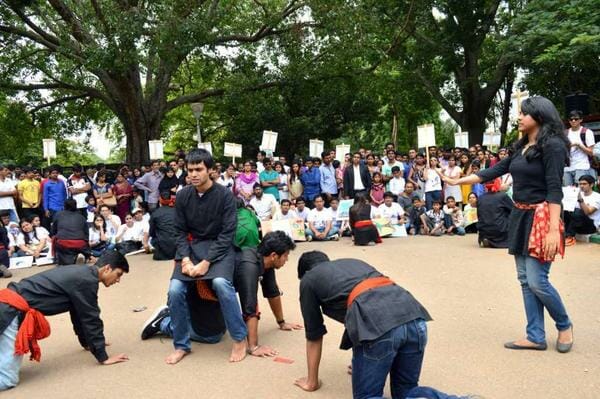 Amidst the huge crowd at Lalbagh, the walk was commenced with a street play titled ‘Dekh Bhai Dekh‘ that was performed to spread awareness about waste segregation and different ways to reduce it, keeping in mind that waste reduction is the need of the day. 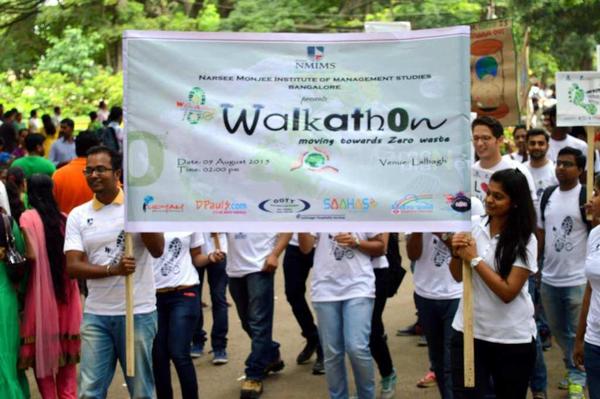 This was followed by a 3 km walk in the garden, with the students and representatives of NGOs raising relevant slogans.

The event received high involvement from the localites, and the idea of zero waste for the city and our lives was well accepted.

About Sumit Pandharikar 1 Article
The author has not yet added any personal or biographical info to her or his author profile.

Citizens for Bengaluru organised the Beku Beda Santhe on 15 October to commemorate the first year anniversary of the Human Chain that kick started the Steel Flyover Beda movement in 2016. The idea of the

Rs 4000 a month: Salary of a contract street sweeper in Bengaluru!

They work every day without any leave. Contractors get paid by BBMP but don’t pay the contract workers their due salary. The protest highlighted the unfair practices followed by BBMP contractors.