Most of us shudder at the sight of spiders, but they are really fascinating creatures. Did you know that most spiders are solitary… and cannibalistic? Many female spiders eat the males after mating!

However, there are some spiders that are more sociable. One variety called Social Spiders, spin whole “apartment” complexes, which can cover large areas, like long stretches of this barbed wire fence: 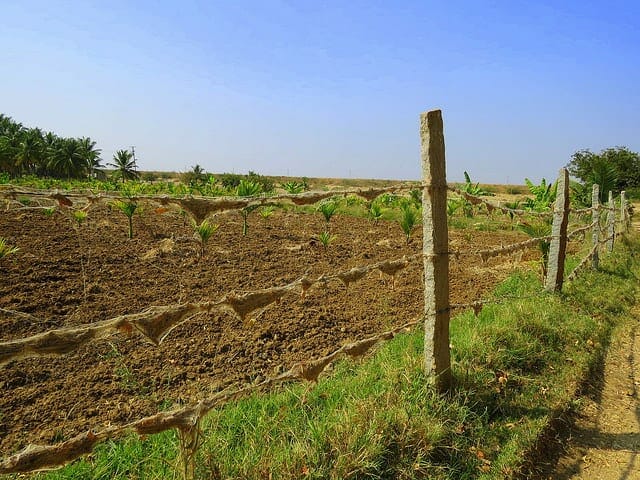 Or over plants, as you can see here: 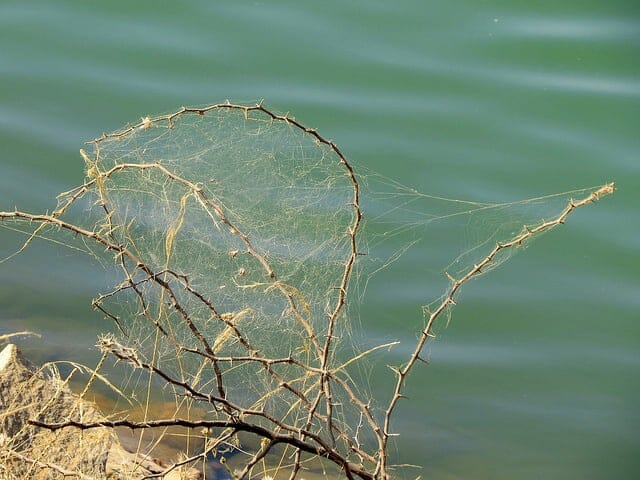 However, there is another group of spiders which are commonly called Harvestmen or Daddy Long-legs (they have long, thin legs)! Scientifically their name is Opiliones, but they are also referred to as “shepherd spiders” in reference to how their unusually long legs reminded observers of the ways that some European shepherds used stilts to better observe their wandering flocks from a distance. 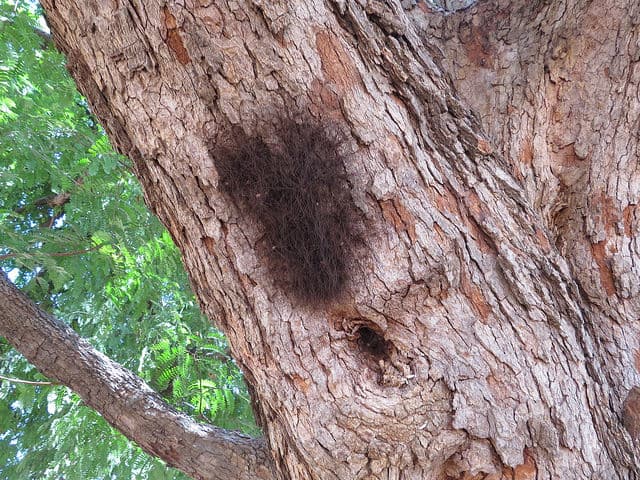 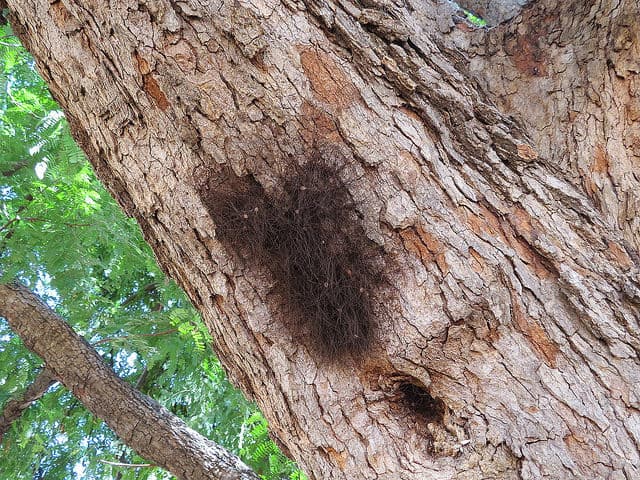 … and found that they were actually a tightly-clustered group of Havestmen:

I also took a short video. You can see them moving on their spindly legs, hardly seeming to touch the bark of the tree!

Here’s my friend documenting the congregation after I showed him the spiders: 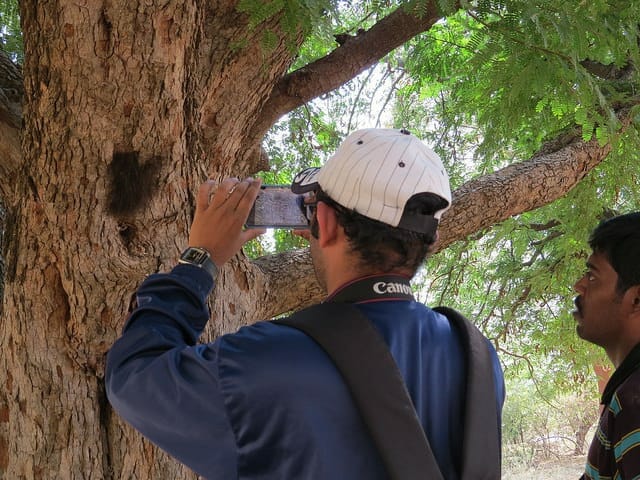 Harvestmen are very old arachnids. There are fossils from 410 million years ago that prove that the group has lived on land since that time. How wonderful to come across these marvellous creatures!

I hope reading this post may help remove some of the fears of arachnids (spiders) that many of us suffer from, and allow us see them for the fascinating creatures that they are.

Umbrella Fishing by Painted Storks!
The rock on which Bengaluru sits
Purple is beautiful…and common!
The bird of State, with blue throat!

Rejuvenating a lake is a tough task. But the real work lies after the revival. Maintaining that the lake stays clean and clear of sewage and encroachment is a continuous task that requires funds and people. What would be the future of these lakes?

E-autos gaining traction as last mile option: What will it take to make them viable?

E-autos are pollution free, cheaper to maintain and provide a better riding experience. What needs to be done to make them ubiquitous?