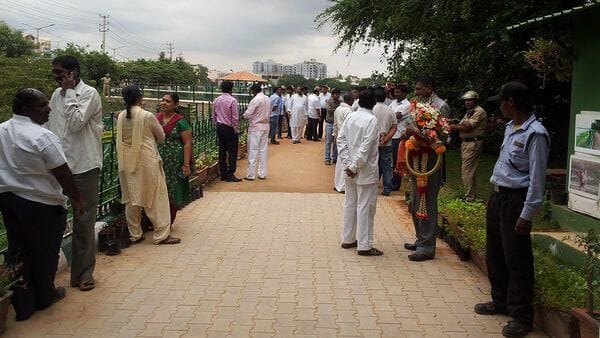 The first thing that hits you is the strong smell of bleach all over. Then you realise something looks different, cleaner. The roads look recently cleaned, potholes have a temporary filling of wet quarry dust. The debris dumped on the side, that was there till yesterday is now missing.

This was the scene at Kaikondrahalli lake. And at Agara lake, Mekhri Circle, Malleshwaram and probably a few other places in the city on Saturday.

All thanks to the chief minister who was on a so-called ‘surprise’ city inspection, for which the officials of CM’s office, BBMP and others were preparing since previous morning.

Toilet gets a pit, carpets laid

The previous day, a request from MAPSAS (the trust that looks after the lake) to not fix Shamianas within the lake premises was ignored. A temporary sewage pit was dug for the toilet that was locked up till date for want of water and drainage connections. And bingo! The toilet became ‘usable.’

Shamianas were erected; red and green carpets and chairs arranged to welcome the dignitaries. Snacks and refreshments were ordered, and plastic cups and plates were arranged. A query on who would spend for all these, was laughed off by an official, who reportedly said, “Who else? The taxpayers, of course!”

The officials of BBMP and other agencies were on duty early on Saturday morning. 40-odd men from Karnataka State Reserve Police were also deployed.

The Joint Commissioner of Mahadevapura and MLA Aravind Limbavali were at hand, near the entrance for a few hours, waiting to receive the CM and show him the success story of lake rejuvenation. 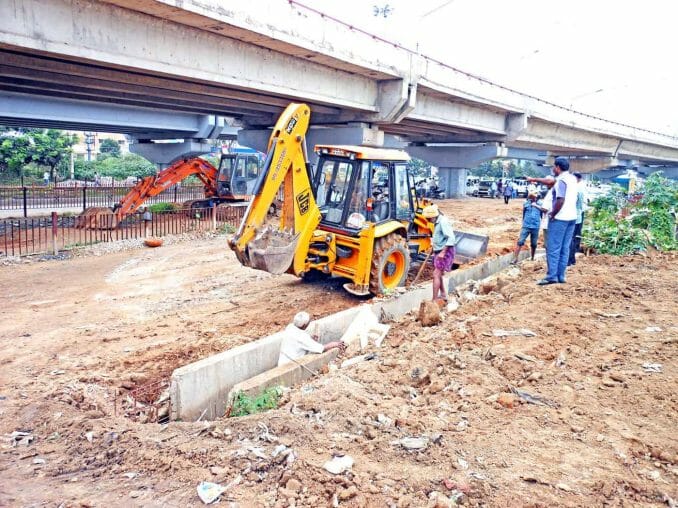 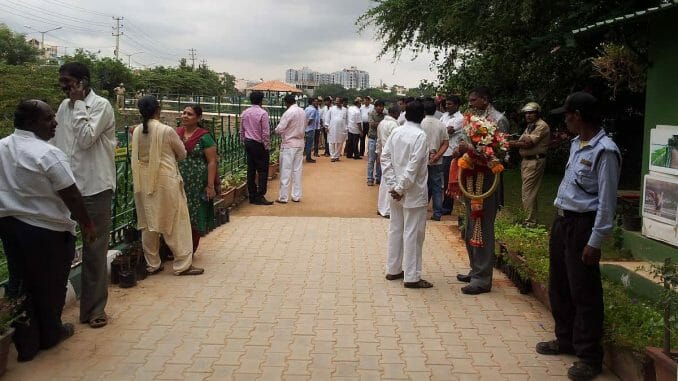 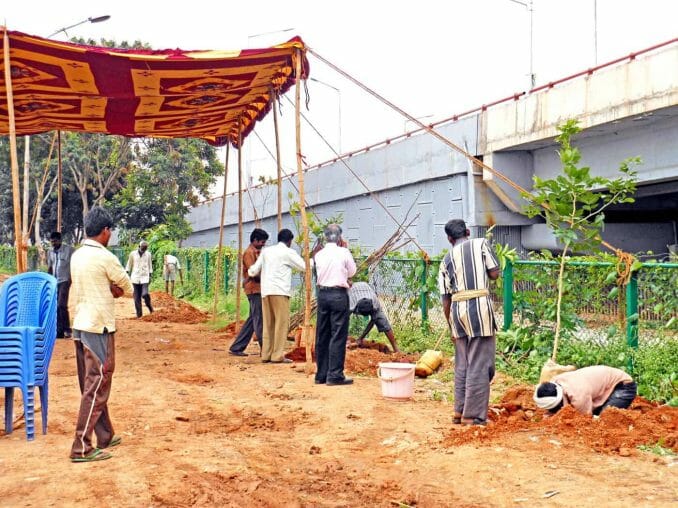 Arrangements for refreshments being made near Agara lake. Pic: Nikita Malusare 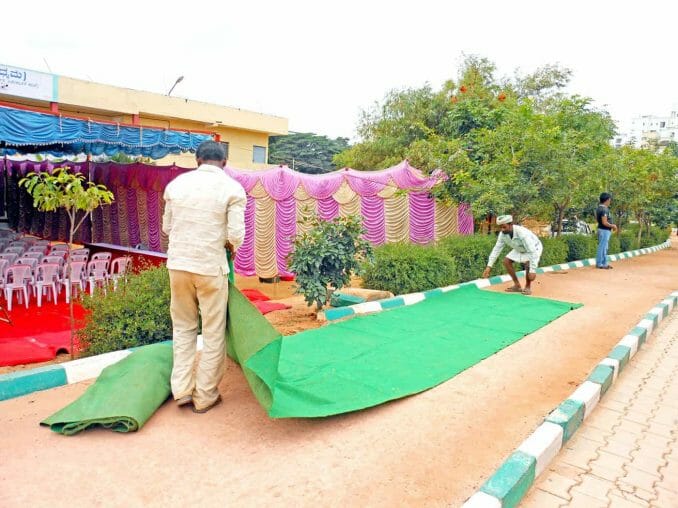 When the CM doesn’t turn up

A BBMP press note said the CM was supposed to start his surprise inspection of developmental works at 9.30 am. However, another press note from the Information Department said the tour would start at 11.15am.

Finally, Siddaramaiah was running late and could not visit Kaikondrahalli lake, the last stop in his itinerary.

When it was clear the CM wasn’t coming, the MLA planted the sapling. Everyone clicked pictures on their cellphone cameras. Then the tired crowd moved into the shamiana. They opened the refreshment counter, partook the samosas and sandwiches from a nearby cafe, tea and coffee and bottled water, and went home.

Saturday night it rained. On Sunday, the potholes, the muck and garbage were back in their usual spots.

It wasn’t clear who was meant to be surprised. His own entourage knew everything – his entire itinerary – and and officials were prepared in advance, with all face-saving last minute work.

It is said, in the olden days, the ruler would travel through his kingdom in disguise, to understand how his subjects lived. Do consider it next time, Mr Chief Minister, if you really want to inspect the city and see its true colours.

The new bill to restrict entry of people into clubs says that there can be no dress code. The bill also says membership of clubs should be easily given to people’s reps. You can send your objections to the draft.