Residents living near Shivananda Circle in Bengaluru have decided to protest once more on November 25th, against the 310-metre grade separator planned on Hare Krishna Road that connects Race Course Road to Sheshadripuram.

The grade separator for which work has begun already, will start after the Railway Over Bridge near the petrol bunk and will end in front of the Karnataka Film Chamber of Commerce. 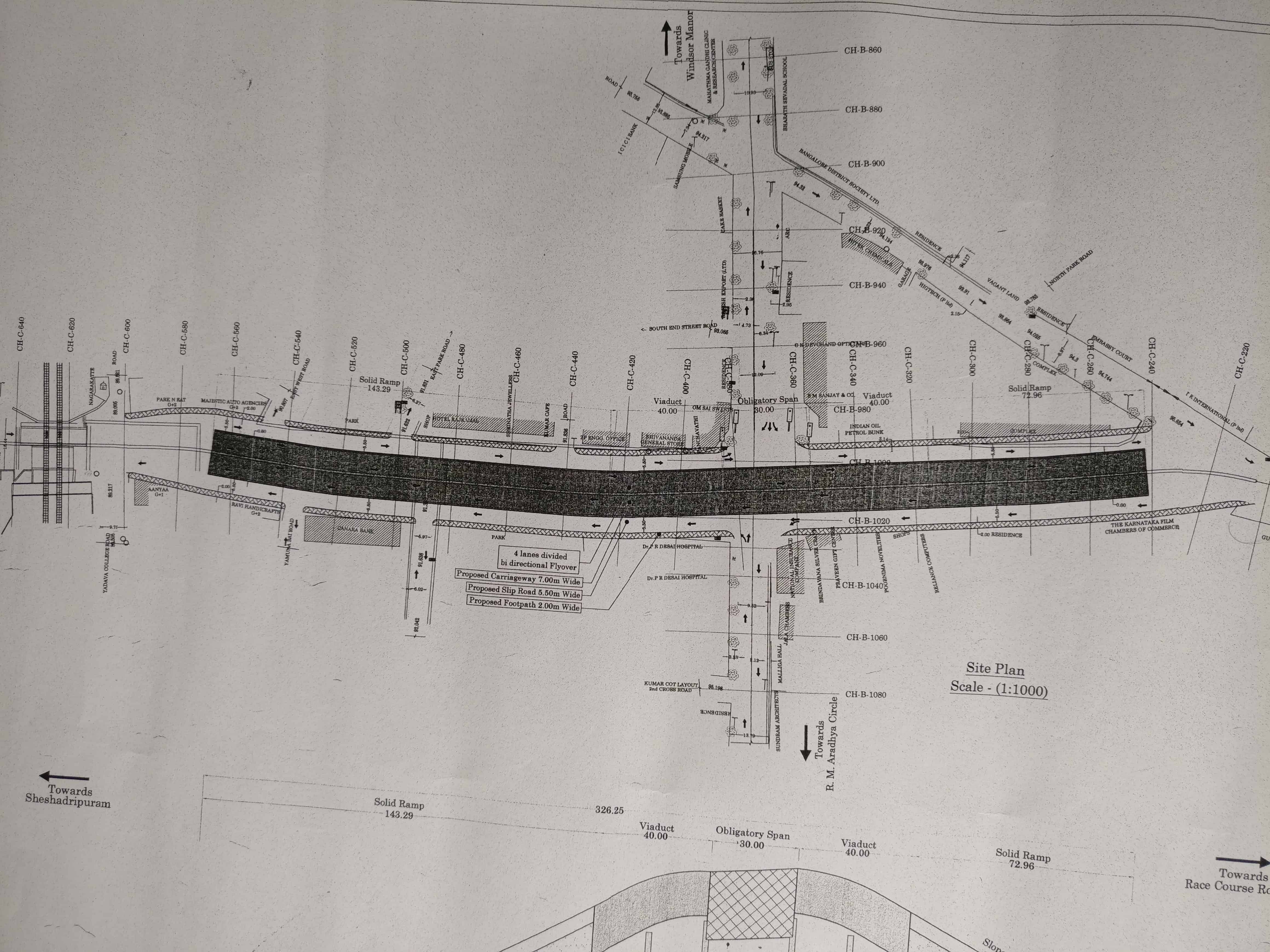 The residents have been sounding alarm bells with petitions and protests for a long time now. On Saturday November 18th, residents from various Resident Welfare Associations including Kumara Park East, Srikanthan Layout, Kumara Park West, Madhavnagar, Crescent Road, Sheshadripuram and Malleshwaram came together to chalk out a plan on countering the government’s plan for the stretch.

About 70 people from surrounding areas along with representatives from various civic groups – Citizens for Bengaluru (CfB), Citizens Action Forum (CAF), ESAF Bangalore and Citizens For Sustainibility (CiFoS) met for over an hour to discuss legal and ground-level strategy for opposing the project. Timelines were drawn to connect with local representatives including their MLAs and corporators about opposition to the project; another protest and the areas of responsibilities for each of them was handed over to the volunteers who realised it was going to be a tough battle.

The residents claim there is no major traffic problem at the Shivananda Circle junction. The Detailed Project Report (DPR) lists the Passenger Car Unit at about 11,000 between 8 am to 9 am of peak traffic hour and about 10,000 between 6 pm to 7 pm in the evening. The residents say the real problem of traffic congestion happens at the Railway Under Bridge which is only 24 feet wide and creates a bottleneck and this proposed flyover over does nothing to ease that.

The detailed project report for the Rs 50 crore project was tabled in 2014 and proposes to make the Shivananda Circle traffic junction signal free to allow for smooth flowing traffic.

The feasibility report on the project submitted by Professor Chandra Kishen of IISc bases the report on a study done by M/s Manasa Consultants in 2014. It assumes a traffic growth of 8% per annum. However, the residents say that the three-year-old DPR does not include the impact of the Green Line of BMRCL which has reduced traffic considerably.

Naresh Narasimhan of Venkataraman Associates, who had led the protest against the steel flyover between Chalukya Circle and Hebbal (which was finally scrapped by the government) streamlined technical arguments against the project. He said the project did not meet the Indian Road Congress (IRC) guidelines and questioned the need for the project when no such demand was made by the local residents.

The meeting also touched upon the Public Interest Litigation (PIL) filed the by the residents against the project in the High Court. While the Court has not stayed the project, it had directed the petitioners to make a representation to the Principal Secretary, Urban Development Department.

Three traffic experts – R K Jaigopal, chairperson of the Indian Roads Congress, M N SreeHari, advisor to the Government Of Karnataka on traffic and Professor Ashish Verma from Indian Institute of Science have concurred that the project will not ease the traffic congestion and instead will make the situation worse by increasing the inflow of traffic into what is already a congested bottleneck.

“To accommodate traffic, the road needs to be widened. In addition to this, slip roads on either side of the grade separator are required with a minimum width of 5.5 metre as an intermediate lane. Without this, the flyover is geometrically unscientific to construct. The entire exercise will be futile and technically unsound. Environmentalists must be consulted to know the rise in temperature due to construction of grade separator as a number of trees will be cut.”

Interestingly, the feasibility report notes that currently traffic congestion is at F level at Shivananda junction. After the two-level grade separator, though there will be substantial improvement in the level of service of the at-grade road, the volume-to-capacity ratio indicated that it will be operating in a congested state, indicating that the two-level grade separator cannot do much to control the traffic. 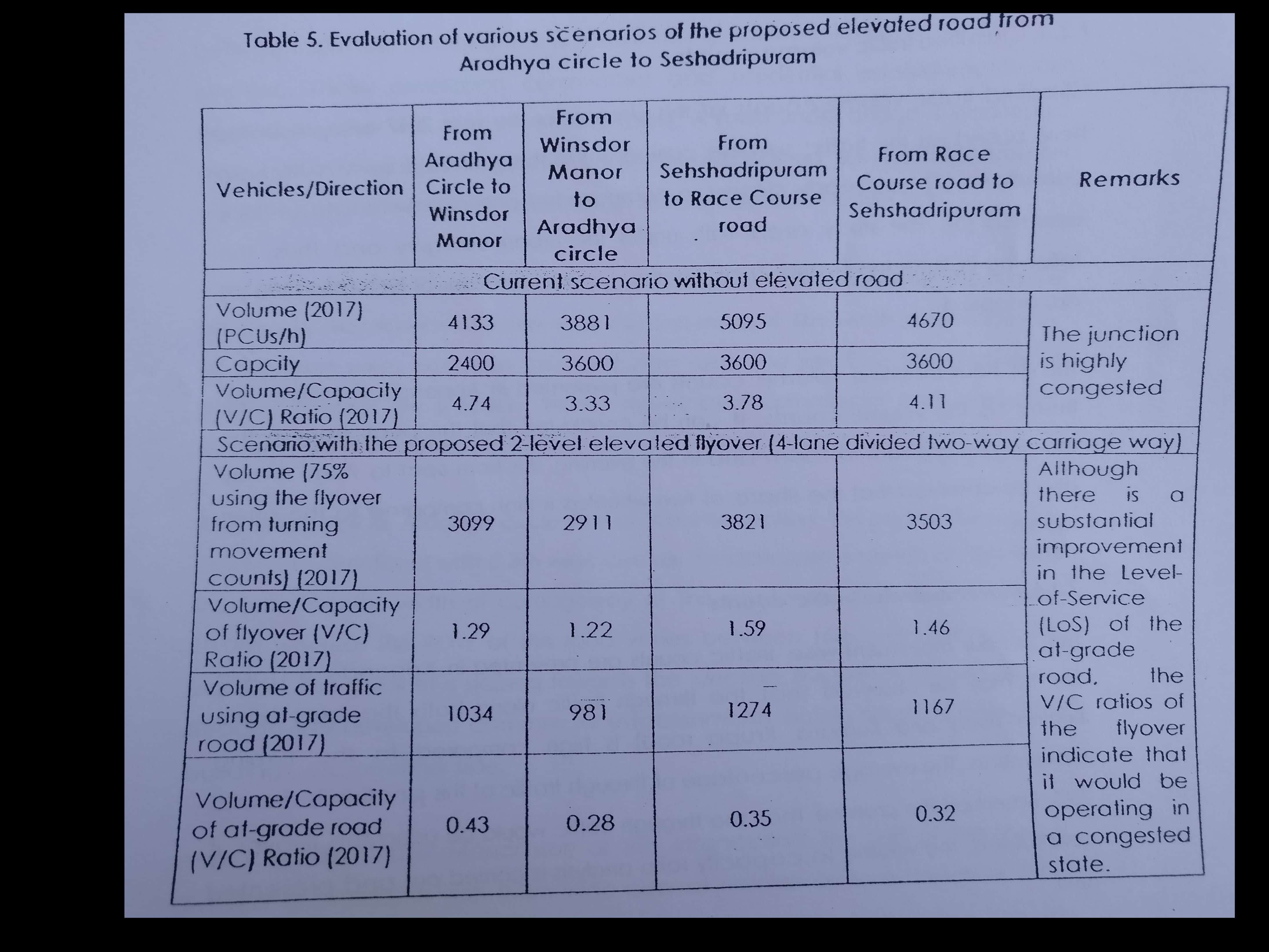 However, the same feasibility report, surprisingly, notes that “as per the discussions with the Chief Engineer, BBMP, presently as part of phase I, only one level of steel flyover on the Hare Krishna Road would be undertaken. This would be feasible and certainly reduce the level of congestion at Shivananda Junction.” 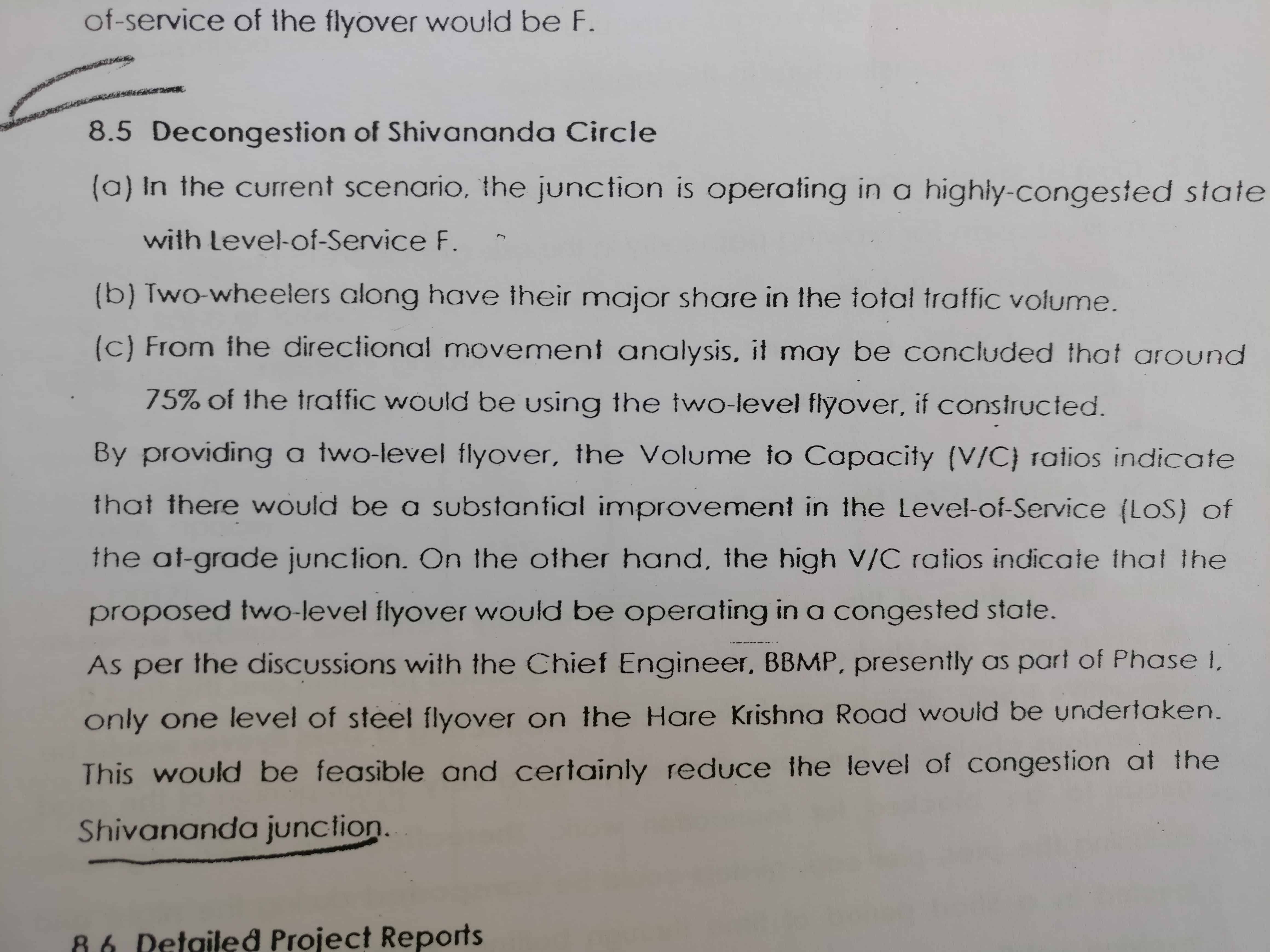 Trees to be felled?

On November 19th, Sunday morning, members of Srikantha Layout Resident welfare association met Bengaluru Mayor Sampat Raj at an inauguration ceremony and gave him a representation against the flyover project.

The residents are also up in arms against the project for felling trees for it. While Bangalore Development Minister K J George has made public statements that no tree will be felled for the project, various media reports have quoted BBMP officials who had confirmed that a total of 26 trees will be cut.

The proximity of the Chief Minister’s official residence Krishna (which means frequent VIP movement creating chaos for the junction) has been cited as one of the main reasons for this project because the stretch connects the Central Business District to East Bengaluru.

The 310-metre, four-lane grade separator is expected to start in front of the Karnataka Film Chambers of Commerce and stop just before the Railway Underpass. The BBMP has also written to the DRM of South Western Railways about the project seeking land for it.

However, even as the confrontation continues to escalate, the BBMP has already begun digging to erect precast pillars.

Towards a water-sensitive city: The story of Jakkur Lake

The walk aims to talk about how this lake can be a potential model for Integrated Urban Water Management (IUWM), a possible direction to help Bangalore city’s water problems.

Clothes donation campaign in your neighbourhood

If your kids have outgrown their dresses, donate their clothes. If you have lost or gained weight, and don’t fit into your old clothes, please donate!

On November 18th, managers of gated communities in Bangalore gathered to upgrade their knowledge on a variety of topics related to running of apartments and layouts.