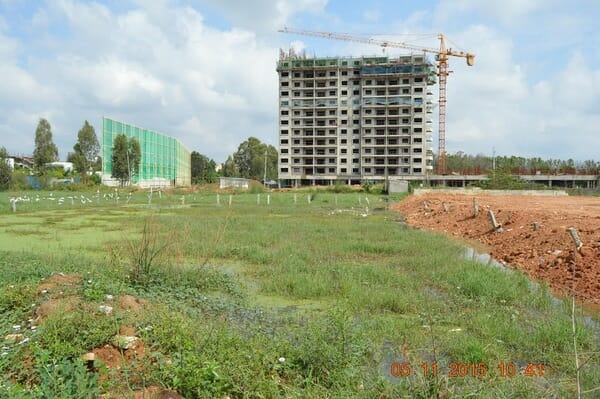 Kaikondrahalli Lake located on Sarjapur Road is a 48-acre urban lung space and water reservoir in the water starved region of Bellandur, Bengaluru. It is also a thriving ecosystem with 50+ species of birds and reptiles. The lake stands as a shining example of the government and the local community working together to preserve an urban common. Kasavanahalli lake, spread over 80 acres, situated upstream was recently rejuvenated. However, this bio-diverse ecosystem is now under immediate threat due to constructions and buffer zone violations on its boundaries.

This is not a one-off occurrence or a first time violation on the lake boundaries. In the past few years, there have been a series of constructions in the valley zone (marked in CDP 2015) between Kaikondrahalli and Kasavanahalli lakes, that pose serious threat to this ecosystem by blocking water inflow and a real danger of flooding to the surrounding areas. 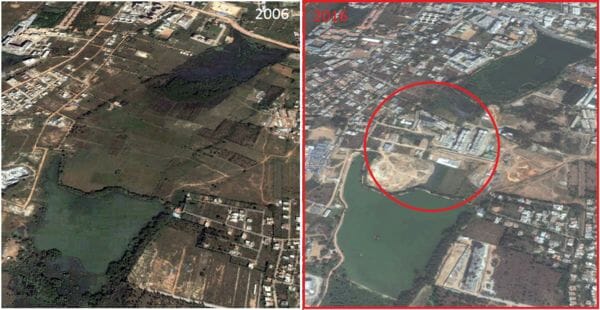 Shriram properties – Chirping woods and Bren Imperia are the two largest constructions between the two lakes. The former property has a case of encroachment pending before National Green Tribunal (NGT). In addition, there are smaller constructions and sand dumping around Kasavanahalli lake and the recent constructions at the southern inlet of Kaikondrahalli lake.

As per the buffer zone rules for lakes, 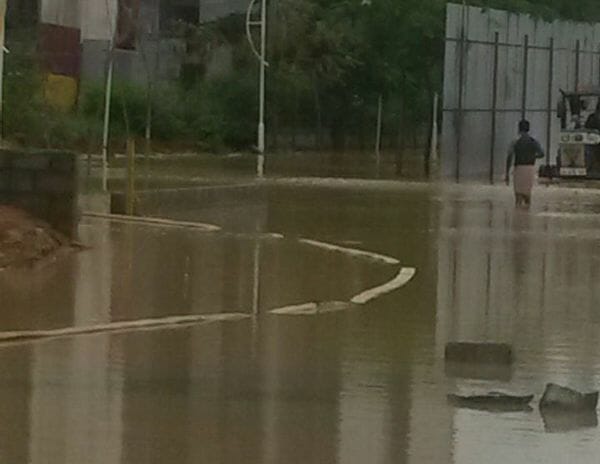 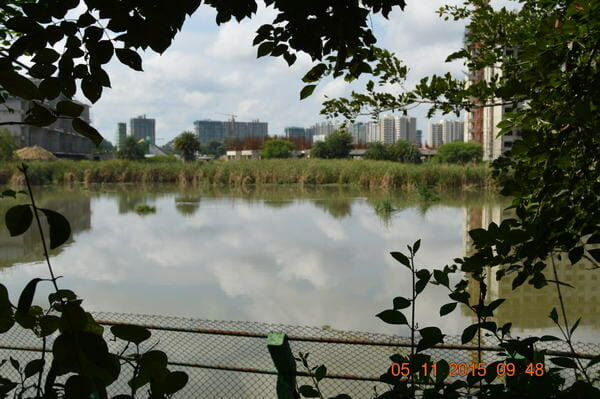 Both the conditions are being blatantly violated by many constructions. If continued, such developments in the lake wetlands can lead to irreversible damage and flooding much like the December 2015 Chennai floods. Already the area is seeing the warning signs – constant water and sewage stagnation between the two lakes and a dengue outbreak in the surrounding areas last november as well as heavy flooding during rains. Despite complaints by the surrounding local community, constructions continue unabated sounding a death knell for not only Kasavanahalli / Kaikondrahalli Lakes but also the other downstream lakes in the area. 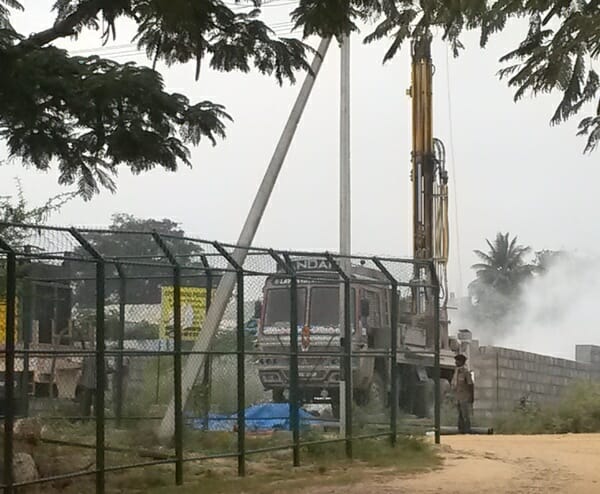 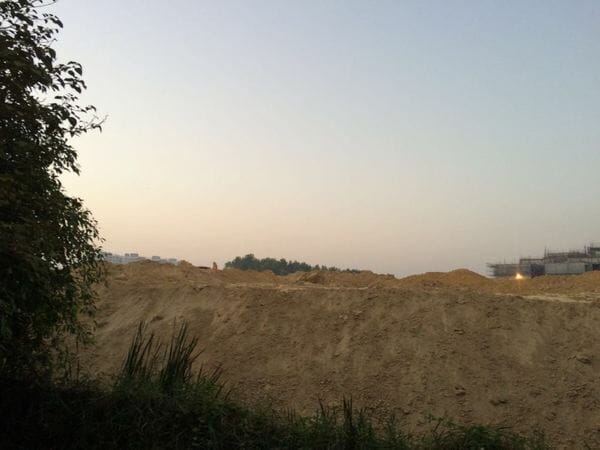 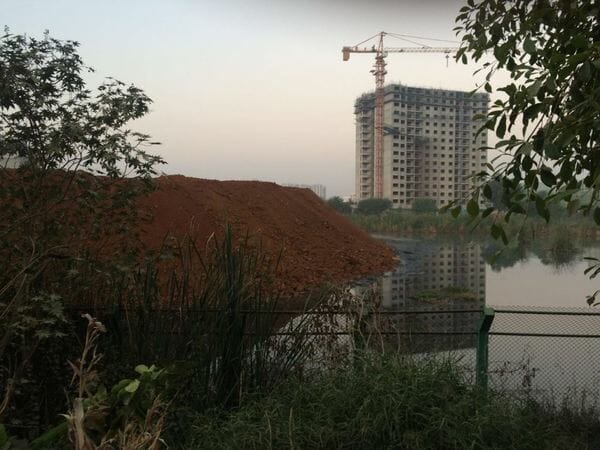 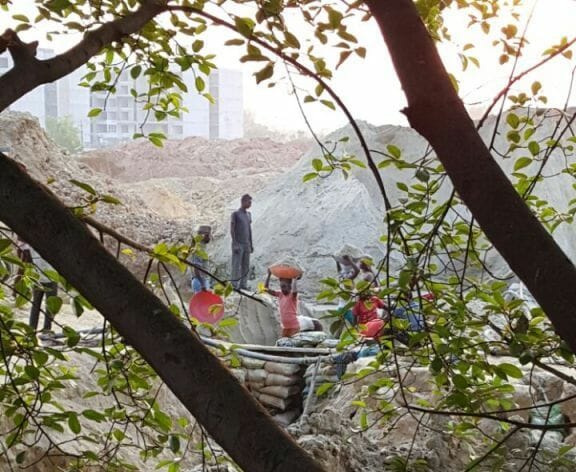 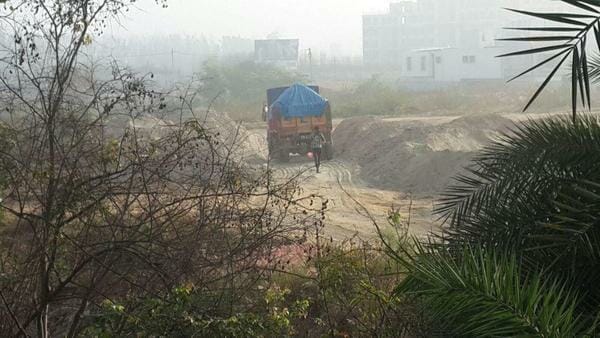 The following timeline shows the efforts of the residents during the past two years to bring this to the notice of concerned authorities. Despite continued follow ups, the zonal office has turned a blind eye to the rampant construction and buffer zone violations in the sensitive valley zone between the two lakes.

A team from East Bangalore called Reclaim Bengaluru has launched a petition in this regard, urging the government of Karnataka to “take immediate steps to stop the constructions causing irreversible damage to the lake wetlands.“

While cases have been initiated against one of the projects (Shriram Properties Chirping Woods, which is pending before the National Green Tribunal (NGT)), more constructions, dumping and buffer zone violations continue, despite complaints of the local community to BBMP zonal office and Pollution Control Board. Water tables are already low, and will become worse in this area, which has no BWSSB/Cauvery water supply and residents are dependent on tanker water!

The government needs to wake up to the reality of an imminent ecological disaster.

About Shilpi Sahu 10 Articles
Shilpi Sahu is a techie, running enthusiast, SWM advocate and an amateur artist, all rolled into one.

Catching an early morning train : it takes a lot to achieve this!

Parking problems, incorrect information, inconvenient pedestrian over-bridges – there’s a lot to discourage commuters from taking a train. A citizen explains the difficulties he faces even before he gets on the train.

My home, my city, my love – Bengaluru

There are many things about Bangalore that can and should be criticised. However, it is always better if the criticism is constructive, says this citizen journalist.