Salt is the most underrated ingredient, but by far the most important when you think of food. Important enough to be worshipped by the Greeks, to have battles fought over it, to be used as currency and to make international headlines- thanks to Mahatma Gandhi’s ‘Salt Satyagraha’! Used widely to give the ‘salty’ flavor to dishes, it is said that a pinch of salt added to sweet dishes tends to make the dish sweeter! 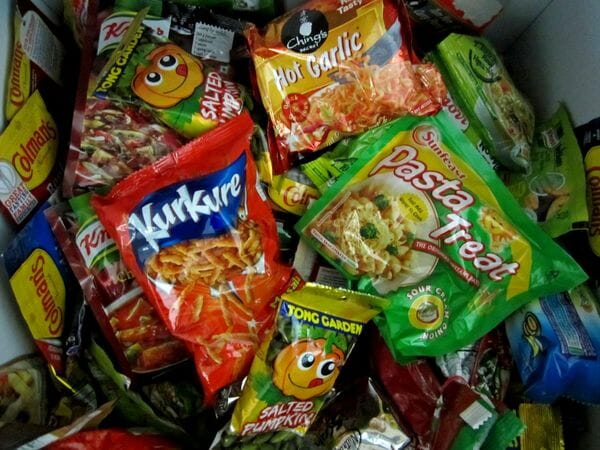 It is one of the most precious natural compound and found naturally in saltwater and in the mineral halite. Salt or ‘table salt’ is composed of sodium chloride (NaCl) and is normally fortified with minute amounts of iodine to prevent disorders associated with iodine deficiency.

Besides this, the sodium in salt is also needed by the body to maintain the fluid balance in our blood cells and for the normal functioning of our muscles and nerves. Along with potassium, sodium plays an important role in regulating blood pressure. Since the body cannot make salt, we need to get it through food we eat. That being said, it should be noted that the body requires very little of sodium to function smoothly. The human body requires anywhere between 1,500 to 2,300 mg of sodium which is about 3.8gm to 5gm of salt per day (1tsp = 5gm). Which means we need less than a teaspoon of salt per day!

Here’s a look at the salt requirements as suggested by the ICMR (Indian Council of Medical Research):

Newborns and infants can get their quota of sodium from breast milk or from formula milk and hence do not require any salt. Even when introducing solid foods, it is best to avoid/ limit adding salt to foods. Since all flavors are new to babies at this stage, they can easily adjust to foods without (or with less salt).

Too much salt in the diet can take a toll on your health in the long run. Studies have shown that a high sodium intake can lead to obesity and also inflammation. Other studies have shown that the cells in obese children whose sodium intakes were very high seemed to age faster. Too much sodium in the diet can increase the risk of high blood pressure, heart disease and heart failure, stroke, kidney diseases and water retention among others. Excess salt in the diet is known to increase the amount of calcium excreted in the urine which can lead to brittle bones or osteoporosis over a period of time.

Not many of us realize that we tend to eat a lot more than a teaspoon of salt. It’s not just the salt that is added during cooking but also the salt that is already present in packaged foods and snacks that you tend to buy and eat.

Here’s a look at common foods that contain salt/sodium:

Keep in mind that the RDA for salt mentioned above is for the total salt intake-both added and that which is already present in food. So, if you tend to eat a lot of foods which already have salt, then you need to further cut down the salt added to the food cooked at home! You can find out the sodium content of most packaged foods from Nutritional information provided on the package. To find out the salt equivalent of the sodium mentioned: Sodium (mg) ÷ 0.40 = Salt (mg).

Before buying processed foods, check the nutritional information printed on the pack to get an idea of the sodium content in it and then decide whether you really want to buy it or not! Chances are you might just put it back and buy some seasonal fruits instead!

Tips to help you reduce your consumption

2.    Junk and street foods like pizzas and burgers, chaat, as well as regular restaurant food have a lot more salt than homemade foods so try to avoid these as much as possible.

3.    Avoid eating pickles, papads, chutneys, ketchups on a daily basis with your meals.

4.    Reduce the amount of salt added when you cook and do not keep a salt shaker on the dining table.

5.    Add spices, herbs and lemon juice to flavour your food if you feel it lacks salt.

7.    Choose fresh fruits instead of biscuits, chips, mixtures and other snacks.

8.    Baked goods (both savoury and sweet) contain sodium both from salt as well as from the baking powder or baking soda that is used.

10.Sometimes it is difficult to avoid instant foods like soups, noodles or ready to eat foods- at such times try to add extra vegetables to increase the quantity of the food so that it can be shared with someone else. This not only cuts your sodium intake but also adds extra nutrients to the dish.

Since it is difficult to keep a count on the salt intake on a daily basis, my advice would be to avoid eating foods that are loaded with salt on a daily basis, drink plenty of water, eat lots of fresh vegetables and fruits and to be active.

How much sugar you should consume every day?

How Bengaluru is targeting 100% segregation of waste by December 2019: BBMP’s new SWM bye-laws

With its new draft bye-laws on solid waste management (SWM), BBMP is aiming for 100% waste segregation and minimal use of landfills. The bye-laws mandate waste segregation into eight streams, steep penalties for offenders, and greater role for ward committees in SWM

Check the waste collection microplan for your ward here

If you are in Bangalore and looking to enrol yourself to get Aadhaar card, here’s a guide for you.