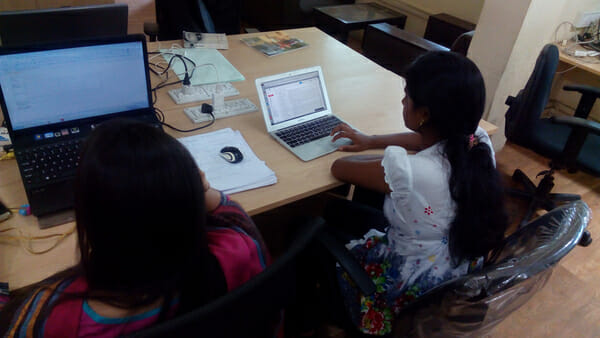 With the onset of IT&BT industry, women work in night shifts. It is the responsibility of the firm to provide office transportation to such employees. Pic: Akshatha M

When the sexual assault incident on a woman BPO employee came to light a few days ago, a general opinion prevailed all over. Police as well as public believed that the unfortunate incident would have been avoided, had the BPO company she was working for provided her official transportation facility to reach home safe.

There are rules in place which mandate providing transportation to women who work after 8 pm. However, the establishments tend to violate these rules often. In this backdrop, here are answers for your questions on role of an employer in safeguarding the safety of female employees, government rules, guidelines for IT/BT sector etc.

Does the Indian law allow women to work at night shifts?

Yes, it does. Though night shift was in practice from long time, it was legally not approved till recently. In fact, in 1919, International Labour Organisation had completely prohibited women from working at night. Factories Act 1948 did not have provisions for women to work past 7 pm.

With changing times, in 1990, the ILO adopted a protocol to allow women to work at night. Thus, an amendment to Factories Act 1948 came into existence in 2007. This amendment allowed women to work at late night shifts in factories (up to 10 pm).

What about women employees working in non-factory establishments?

If Factories Act is a Central government law, shops and establishments come under the purview of the State government. In Karnataka, Shops and Commercial Establishments Act, 1961 is in force. This Act too had originally restricted women from working after 8 pm. With the onset of information technology and BPO sector, an amendment was brought to the Act in 2002. This amendment allows an exemption to any establishment of IT or IT-enabled service to permit women to work in night shifts. Here, night shift refers to working hours that is between 8 pm and 6 am.

Is there a need for the firm/establishment to take permission from Labour department if they are allowing women to work after 8 pm?

Yes. A clause in the Act mandates IT/BT firms to get permission to allow women to work after 8 pm, by submitting Form R. The form comprises information about women employees who are willing to work at night shifts, mode of transportation provided to them etc.

Does the law mention about safety measures to be taken up by the company for their female employees who work at night shifts?

In case of women working in a factory, the Factory Act lays down certain conditions for factory owner for the safety of women working at night shifts. It includes providing free transportation facility for women employees who work after 7 pm, to return their homes after work, extending canteen and creche facility etc.

Karnataka Shops and Establishments Act, while allowing women to work after 8 pm, specifies that it is subject to the condition that the establishment provides transportation facilities and security to women employees.

What are the measures to be taken up by the company for the safety of female employees who work at night shifts?

Karnataka Shops and Establishments Act has laid down a few conditions under Form ‘S’ to protect female employees who work before 6 am and after 8 pm. This new amendment was introduced in 2007. Here are the conditions that the companies need to follow:

Breach of aforesaid conditions can lead to withdrawal of exemption (from the rule of not letting women employees work at night shifts) granted to the firm.

What if the company is too small, say for example 50 employees or less and does not have financial and logistics support to provide drop facility for its employees who work at night shifts?

Since the law does not differentiate between a small and a big firm, it is the employer’s responsibility to provide transportation facility to women working at night shifts. They cannot avoid their responsibility with claims such as lack of financial backup or logistics support.

Apart from the government laws, is there any other guideline in place for the IT companies to follow for the safe commute of women employees?

According to reports, the National Association of Software and Services Companies (Nasscom) has laid down few security measures for the safety women employees who work at night shifts. Code of conduct includes,

What if a female employee decides to use her own personal mode of transport to commute during the night shift?

In such a case, the female employee, should give it in writing to the company HR, that she does not need company’s transportation. Preferably, she must mention the shift hours, so that the company can understand that despite odd shift hours, she has decided to use her own means of transport. This will make the company non-accountable in case the particular employee faces an untoward incident during the course of her journey.

In case a woman employee wishes to avoid using office cab on a particular day, she must give it in writing to the company, by mentioning the specific date and reason.

Are the existing laws related to safety and transport applicable only to women?

Yes, as of now. Factories Act and Karnataka Shops and Establishments Act speak only about the safety of women who work at night shifts. Perhaps, when the Act was amended the possibility of sexual harassment against men was never thought of.

But of late, there are incidents of sexual violence against men coming to light and police complaints being made.

Kushi Kushalappa, Community Projects Head at Enfold feels that is the time to amend laws so that harassment of all kinds is taken into consideration. “The case of sexual harassment on two men employees of a BPO this week, underlines the need for bringing even men under the purview of safety measures. At present, only Section 377 of IPC (unnatural offences) deals with harassment on a man by another man. Apart from amending the laws, the policing should be strengthened, so as to ensure that any person, be it a man or a woman who is out at night returns home safe,” Kushi notes.

What women wear, and where

Greater Bangalore is growing in all directions but there is distinct line that separates people who can afford those two wheelers and those who are “stuck” with public transport. What women wear seems to be hugely affected by which mode of transport they can afford.

A V-Day fight, to love and be fearless

Valentine’s Day now takes on a meaning much larger than what it was intended to be. Anoo Bhuyan tracks the recent events that lead to today’s One Billion Rising in Bengaluru.

COVID deaths increase since June, confusion about online classes continue, NLSIU alumni arrange flight for 26 migrant workers – read more on news from the city this week, in our roundup.