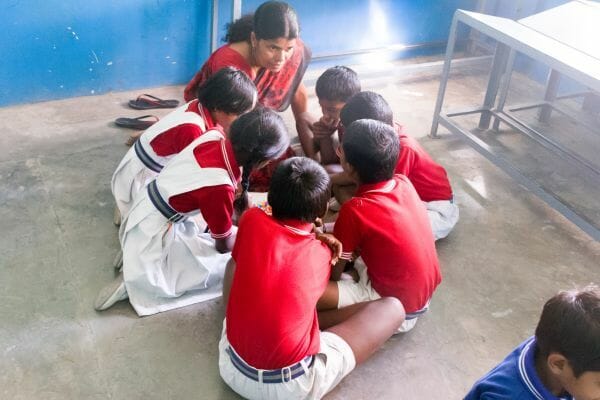 Ever since the Right to Education Act came into force, a lot of minority educational institutions in Bengaluru have taken shelter under Article 30 of the Indian Constitution, thus seeking exemption from admitting 25 per cent RTE quota students. Article 30 of the Indian Constitution provides constitutional status to the minority institutions and also provides them privileges and immunity, and exempts them from the State Act and Municipal Acts.

According to the statistics available with the Minority Education section in the Department of Public Instructions, the number of minority educational institutions that are exempted from RTE this academic year (2016-17) is 774 across the State. An additional 78 schools have received the minority status this year, hence the number of schools exempted from the RTE Act for the next academic year will be 852.

Of these institutions, majority of them belong to religious minority and some of them are linguistic minority, says Johar Jabeen, Director of Public Instruction (Minority Education). While the department is yet to sort out the list of minority institutions district-wise, the Director observes that most of these educational institutions exempted from 25 per cent reservation under the RTE Act are located in Bengaluru and Dakshina Kannada districts.

Nagasimha G Rao, Convenor of RTE Task Force says the schools often hoodwink parents and evade from implementing RTE. “Even without getting the minority status, the schools portray themselves as minority institutions.. parents do not apply to such schools believing that they are minority institutions,” he says, explaining that last year, over 300 schools in Karnataka did not receive applications under the RTE for the same reason, though they were not officially minority schools.

The Court case of minority institutions

Prestigious schools like Delhi Public School, New Horizon School, GEAR international School and Oxford Group of Institutions had approached the High Court praying for exemption from the RTE Act under Article 30 of the Indian Constitution. This, despite the schools not having obtained minority status certificate from the National Commission for Minority Educational Institutions.

The schools claimed to have submitted applications seeking minority status before the competent authority long back, but so far the status certificates were not issued. With most of these schools being linguistic minority institutions, their applications have remained unprocessed. Therefore, the schools said that it was arbitrary and unconstitutional to violate Article 30 of the Constitution that gives them special privilege, and force them to admit students under the RTE quota.

But the State on its part, argued that the schools are bound to admit students under the RTE Act if they are not in possession of status certificates issued by the competent authority.

The High Court single bench, after hearing both sides, said it was not correct on the part of schools to make an effort not to admit students under the RTE Act without obtaining the minority certificates.

In the judgment, the Court said that any institution before claiming immunity or privilege under Article 30, should be in possession of minority certificates issued by the authority. It not only directed the schools without minority certificates, to admit 25 per cent of students under the RTE Act for the academic year 2017-18, but also to admit additional 10 per cent of candidates every year till it reaches 75 per cent of backlog seats.

Meanwhile, the High Court also referred to the case of exempting minority institutions from the RTE Act, in which the Supreme Court has observed that a relook by the Constitutional bench is necessary regarding minority status for educational institutions. Accordingly, the High Court passed the order asking the schools to implement RTE quota, till the Constitutional Bench of the Supreme Court takes a decision.

While observing the trend of schools resorting to different ways to evade from issuing seats under the RTE quota, Nagasimha Rao says the schools have not taken RTE Act in true spirit.

“They (schools) fail to understand their social obligation to provide free education to certain percentage of students from underprivileged families. It is as good as the concept of corporate social responsibility since education too has become a business,” he comments.

Yet another challenge for RTE implementation is identifying real beneficiaries. Organisations that work for RTE and the schools allege that the benefits of 25 per cent quota seats is not reaching the intended beneficiaries, but often grabbed by parents from high income groups.

Thanks to the low income certificate-issuing racket, parents from relatively well-off families apply for free schooling under reservation quota. The State government has fixed an annual income ceiling of less than Rs 3.5 lakh for parents to be eligible to apply for reservation seats. Of this, first preference is to be given to parents whose annual income is less than Rs 1 lakh.

But reality is different, says RTE Students and Parents Association Chief Secretary B N Yogananda. He points out at instances where parents from affluent background have produced low income certificates and got their children admitted to schools.

Two such cases are that of a doctor couple from NIMHANS and of an officer from the Education Department. “Both the husband and wife who work in NIMHANS and earn in lakhs have got their child the quota seat. So is the case of an officer from the Education Department whose annual income is Rs 6 lakh, yet has got a reservation seat for his child,” Yogananda narrates.

He says this is the result of rampant issuing of low income certificates by tahsildars even for high income groups, by taking bribe. “Anybody can get a fake income certificate. And there is no mechanism in place to identify the real beneficiary. There should be field verification before issuing income certificates to parents who would apply for income certificates for RTE purpose. At least this will help genuine parents to get free education for their children in private schools” he says.

In 2013, following numerous complaints from the RTE Task Force and from schools about parents misusing the RTE by producing fake income certificates, the Department of Public Instructions issued a circular directing the DDPIs’ and BEOs’ to trace such cases and submit reports to the Department. But nothing has happened since then.

In fact, K Ananda, Director of Department of Public Instructions (Primary) says it is not possible to differentiate between genuine and fake income certificates. “This is an issue which we cannot help because the certificates are issued in the taluk office and we have no control over it. It is not feasible to go and verify the house of each parent to know their economic condition,” he states.

While a lot has been said about how schools are violating the provisions of RTE Act, what do school managements say? What are the problems that they face in implementing RTE? Read about it in the next part.

Here’s why Right to Education Act needs to be amended
Demand high but schools not keen: The story of Right to Education in Bengaluru
Why do minority institutions need exemptions from RTE quota?
Aadhaar compulsory for RTE admissions, but no system to check complaints

Is tree transplantation really worth it?

Tree transplantation is now becoming popular for Metro and road widening projects in Bengaluru. But what are the costs, and do the trees survive?

This is what you need to do when you get fake notes from ATM!

A fake note from an ATM is the bank’s responsibility. But pre-2005 currencies with the year of printing not mentioned on them too are treated as fake notes. These can be exchanged.