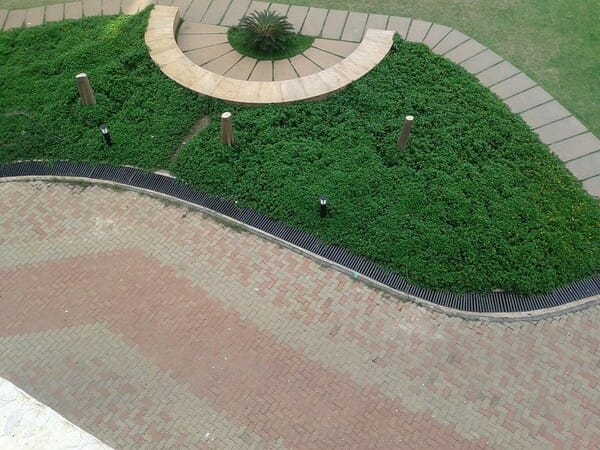 Two months ago, the residents of Prestige Shantiniketan in Whitefield, Bangalore, saw around twenty trees pruned down to 4 feet. Recently they also came to know that another 491 trees are waiting in the queue to be cut. They claim that the trees are 11-year-old.

The plan to cut 491 trees was envisaged by the Management Committee of Prestige Shantiniketan, who are worried that 500 trees are on an elevated slab or a podium, and will damage the podium structure. They are concerned that the podium will not be able to take the weight of fully grown trees (approximately 200 tonnes) and the soil (approximately 1 lakh tonnes).

Some trees are protected by law

Except Silver Oak, Date Palm and Coconut, cutting of all other trees, under section 8(7) of the Karnataka Tree Preservation Act (KTPA) 1976, requires prior permission from the Tree Officer (TO).

One is liable to be imprisoned for a period of three months or with a fine extending upto Rs 1,000 or both. The court may also order seizing of any property in respect of which the offences is committed.

Under Karnataka Forest Act 1976, Chapter 10, section 83 prohibits a person who has Sandalwood trees in his property from cutting it, either to sell or to possess it. If anyone violates this, under section 86, the person is liable to be imprisoned upto 10 years and can be fined Rs. 1 lakh.

Hasiru Usiru member and a member of the Tree Committee, Vinay Sreenivasa says: “Tree is not a private property that any one can cut. Everyone has to follow due process, as mentioned in the law. They need to first study the environmental impact of cutting 491 trees.”

‘Can be arrested without warrant’

Sreenivasa explains that a complaint can be lodged at a local police station by anyone who finds any of these protected species being cut. Section 17 of KTPA gives power to Tree Officer to arrest a person without an arrest warrant, for violating the law. However he has to provide appropriate reason to the Magistrate of that jurisdiction within 24 hours.

Anindya Chandra, Project manager at an IT firm and a resident of PSN said, “Our structure of the building was designed by a Singaporean company. If they designed it they must have thought about this. I have seen many elevated podiums with trees at Singapore.”

Rajesh Nair, a resident of Prestige Shantiniketan who is an NRI now, feels it is ridiculous to cut so many trees without doing a proper study. He says, “A structural and landscaping study should be done to measure the impact of the trees on the structure, before coming to a conclusion. Decision to cut them should be taken only after considering opinions of all the stakeholders including BBMP.”

According to the residents, the idea of cutting these trees surfaced last year, when one of the residents raised alarm about the possible negative effects. However, the matter was put in the back burner. This year, the new management committee decided to listen to the warning and height of 20 trees were pruned down to 4 feet from 12 feet.

‘Trees should be planted, but not everywhere’

Brijesh Kumar, Chief Conservator Forest Officer, BBMP calls the act of pruning as pollarding. Pollarding means cutting of top branches of a tree to the trunk so that it may produce a dense growth of new shoots.

Brijesh Kumar says that trees should be planted, but not anywhere. He says that if the trees are planted on an elevated podium with 3 feet of soil depth, it can harm the structure. “Personally, I would have given permission to cut the trees,” he adds.

After receiving complaints about the trees proposed to be cut, Kumar sent Tree Officer Satyanarayana to inspect the place. Satyanarayana couldn’t personally visit the place so he sent his junior officer for inspection.

Satyanarayana says: “My junior spoke to the security people who did not find any instances of cutting trees. We have informed them to consult BBMP before taking decision.” When Citizen Matters asked him to respond to the cutting of 20 trees two months ago, he said: “I will need to personally go and check the site. I am the only officer handling four different zones.”

‘Some trees can be damaging’

Professor S Girish, Department of Civil Engineering, BMS College of Engineering, who has been in the field for last 27 years, was of the opinion that the roots of some trees can damage the slab beneath the foundation over a period of time.

He said, “If the slab is of high strength concrete like M60 grade, damage can be minimised/ avoided if the workmanship is good.The slab should not have any seepage and needs to be dense. However, since the moisture/water is always there for trees the slab needs to be protected against seepage by means of some chemical treatment and periodical maintenance.” He also says that the structure may go through any kind of distress like shrinkage crack and creep effects, as the age of concrete goes on increasing.

He recommends avoiding of planting trees over the slab, and to periodically inspect the slab for any kind of distress.

According to Satyanarayana, the 2 to 3 feet deep soil is suitable only for trees that grow upto 14 feet. He says, “Such a depth is only meant for bonsai/ short plants. Their roots once they touch the cement slab, will turn upwards, they will not damage the podium.”

‘Age of the tree not more than 5 years’

Prof. K B Reddy, who is an erstwhile member of the Managing Committee of Prestige Shantiniketan, says that the information that the residents have is factually incorrect. “The age of any tree on the podium is not more than five years. Construction of the residential complex was started late in 2005 and hence no tree was planted prior to 2010 on the podium. There are no sandalwood (Santalum album) trees in the list of 491. There are two small juvenile Sandalwood plants (One self sown and one planted by us) in the entire Prestige Shantiniketan and they are not on the podium. None of the six Ashoka (Saraca indica) trees are proposed to be removed. Every effort is made to transplant and grow them elsewhere if anyone is removed,” he clarifies.

“It is not just about the load on the podium but about several other problems including the long-term direct and indirect consequences,” he adds. Landscaping architects suggested pruning of all tall, large and heavy trees planted on the podium every three to four years, to grow them as Bonsai, which was not done by anyone. “The real tree lovers of Prestige Shantiniketan (Green Initiative and Equal Sky) including Volvo Motors have planted 700 saplings all along the periphery. We have the best, rarest and the greatest tree diversity in Prestige Shantiniketan… we have the most experienced experts in all disciplines in the Prestige Shantiniketan. We love trees and care to follow rules,” Reddy clarifies, in a comment to this article.

Meanwhile, a few residents have convinced the management not to go ahead with the cutting of trees. They urge that due diligence should be followed before cutting more trees. The current load-bearing capacity of and weight on the podium, current weight and total soil weight on the podium, total weight and projected maximum weight of the trees on the podium, trees and their root systems etc should be calculated. Only problematic trees should be removed or transplanted, with due permission from BBMP. The residents also demand that alternative plan should be provided to compensate for the trees removed.

Did you like this article? Help us publish more such articles. Support Oorvani Foundation!
About Nikita Malusare 109 Articles
Nikita Malusare was a Staff Journalist at Citizen Matters.

As there are no separate guidelines for hostels run by colleges, it makes sense to have a self-regulatory mechanism in place, to ensure safety. The safety assumes importance in the wake of a shoot out that happened in a Whitefield hostel.

Sapna Prabhu tracks the progress of work on the Hulimavu-Begur road. While citizens must complain about inefficiencies, one must also highlight the good work being done by local administration, she says.