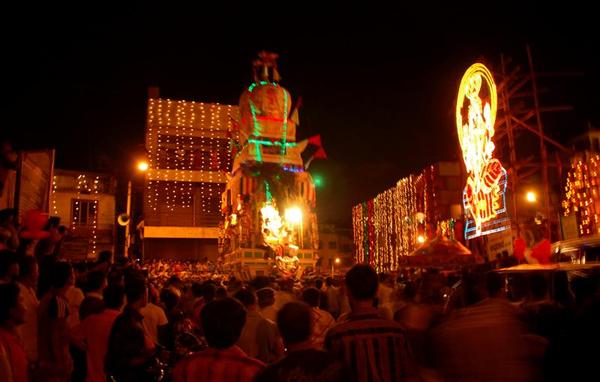 As a recent resident of New Thippasandra, Venkatweshwara Colony which is adjacent to the 515 colony, I had assumed that this being Bangalore, inadequacies would be dealt with swiftly. However, about 2 weeks back (April 8th 2014), when the public utility services shut down for godly processions, with power-cuts at ungodly hours, made me feel like a helpless citizen.

Our colony experienced a power-cut of 5 hours during the day and yet another for a further 3 hours, from 3 am to 6 am in the morning. Not even the state of Tamil Nadu which experiences some of the worst power cuts in the country, switches lights off in the wee hours of the morning. When asked why, the BESCOM assistant engineer responded that due to a religious procession, lights had been shut off. My word, we pay for our utilities and then suffer because BESCOM cannot work out a better strategy to apply itself.

The helpless voice from the KR circle help desk narrated the same parrot phrases of “your complaint has been lodged” and “there is a feeder problem”. The resurgence of BESCOM as a successful utility providing company was given a boost due to its people and PR management. Its heart was finally where its thoughts were, but, our religiosity has trumped it all.

We, as a nation, believe in those gods who took exile for their subjects and patronage. We, on the other hand, twist the blade on services which are provided to these subjects as citizens; we pay for them of course.

Where this will end, no one knows… Meanwhile the safety both of public and BESCOM employees is at stake. The snaky BEML Circle Road which cuts across the New Thippasandra Market saw this procession through, though several hospitals and nursing homes lie in the vicinity of this road. But religion trumps human life!

The electrical workers working on the electricity pole weren’t wearing any safety harness, nor were there any mechanical tools which might aid them. But we take duty more seriously than our personal safety. Such is the state of the proud, educated and generally up-town Bangalore. The citizens here are stratified into common and important areas, just like any other city in India. Nothing to take pride in that Bangalore! Wake up, you are just another average and common city in India. You are just a bit more cash rich and hip; inside though, the same rot of privilege over pertinence prevails in the city.

About Prateek Sharma 1 Article
The author has not yet added any personal or biographical info to her or his author profile.

In the BBMP polls, Modi is not a factor: Prakash Belawadi

Actor and activist Prakash Belawadi responds to some questions related to the upcoming BBMP elections.

Bengaluru architect reflects on the quality of urban governance and planning, as the state proposes to spend thousands of crores on the elevated corridor without a detailed evaluation