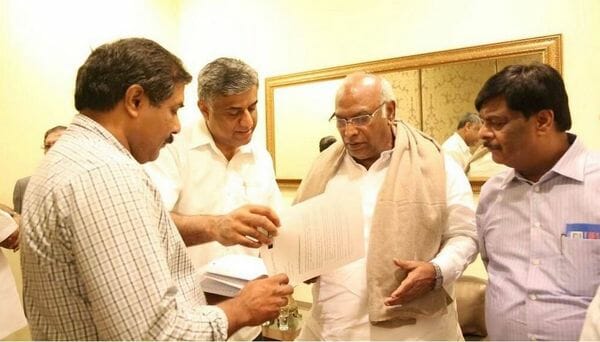 Rajeev Gowda is a well-known face in Bangalore. He is the son of M V Venkatappa, who was a Legislative Assembly Speaker and Chairman of the Legislative Council in Karnataka. An academic, Gowda was a professor of Economic and Social Science at Indian Institute of Management, Bangalore until recently. He is currently a Rajya Sabha MP, elected from Congress party, representing Karnataka, at the upper house of the Parliament.

As he made his way to his first day of work as a parliamentarian, Citizen Matters chatted with him over the phone, to find out what he has planned up his sleeve.

From IIMB to Parliament – what the journey has been like?

I’ve been preparing for this for a long time – in terms of my education, in terms of my public activities, in terms of my party work – so in that sense, this is the culmination of a very long journey. I would say that I am reasonably prepared for this. So once I get my feet wet in some ways, I should be in a position to hit the ground running and do a constructive job as a parliamentarian.

I’ve grown up in a family of freedom fighters, so right from my childhood, my aim has been to see how I can make a difference to our country. Politics and parliament are extraordinary vehicles, which allow us to make an impact in a path-breaking, large-scale way. So it’s limited only by our imagination and our ability to reach out and build our coalitions of support. So that’s really the aim, right from the beginning.

What lessons are you carrying from father and uncle, who were both prominent figures in political circles?

Both of them dedicated their lives to public service, in an honest manner. In recent years, politics has become quite a challenge for anyone who desired to stay honest. Luckily for me, I’ve been able to get to parliament without any compromise, and so in that sense, I hope to be able to continue that kind of dedicated public service without any interest in personal gain.

Do you think a Rajya Sabha MP can achieve as much as a Lok Sabha MP?

A Rajya Sabha MP is limited only by his imagination. It’s a beautiful canvas that I have. It’s up to me to figure out how I can leverage – my network, ideas, connections to inspire others to make a much larger impact. I am not limited by a constituency. I do not have to spend a lot of time with people in a day-to-day sense. So there an opportunity to contribute much more in terms of ideation and as a parliamentarian.

You have been pushing for the Commuter Railway in Bangalore. What do you seek to achieve here?

This is an idea that I have been pushing for quite a while and this is focused on providing alternate transport options which are affordable. It would be making use of existing infrastructure. It’s something that will help decongest the city. It will help surrounding districts – the farmers, the students… Even people who want to live in Bangalore may want to set up a clinic in Bangarapet and come back at night, because the transportation issue has been resolved. Even you can possibly expand Citizen Matters to the entire region.

What are your expectations from the new Railway budget? Are there any support signals you have been getting from Sadananda Gowda, who happens to be from your constituency, as well as your community?

(Laughs). Yes, we have reached out to him for the commuter rail. There has been a petition a few weeks ago and he is supportive of the project. So I’m confident, I’m hoping there will be some movement on that front.

Otherwise railways are in absolute need of modernisation and anything and everything that will improve safety. There is always a tragedy where a life is lost or a train is derailed. I hope we will not see possibly wasteful expenditures like bullet trains – that’s not something that we need at the moment. I think what we probably need is more connectivity. If you look at the example of Durontos, the non-stop train between stations that Mamata Banerjee has introduced, it has not been so successful. So I’m not sure there’s a market for these bullet trains. Somebody who flies from Bangalore to Delhi, is unlikely to spend one day on a train.

How are you looking to spend your MPLAD fund? Will it be via citizens’ participation?

I would welcome citizens’ input in terms of priority setting. I am yet to figure out the details – what’s allowed, what’s not allowed. I am also exploring if company CSR funds can be utilised – for example, I bring a certain amount of money, and somebody else brings some more, we might be able to leverage these resources, as a trigger for much larger, matching grants. I need to know what the rules are before I can make grand plans.

What inspired you to form a group like Bengaluru Needs You and what has been the response so far?

Well, the response has been terrific. Bangalore has many challenges. People have given up on the city and we needed to break out of that sense of apathy and hopelessness by demonstrating that citizens can take the lead. We can join hands and make a difference, rather than pointing fingers and creating a toxic atmosphere. That’s what we tried to do and we have succeeded in making a good start.

How can somebody become a member of the group?

They can write to me and I will take it forward from there.

Infrastructure, environment-related issues, education – these are a couple of the big ones.

Will you continue to lecture at IIMB?

Given a chance, I would. But I am not a professor there anymore, I have resigned.

Now that you will be based out of Delhi, how do you plan to balance your time with you family?

(Laughs). My family will certainly not be moving, they are based out of Bangalore. I will have to come back as much as I can.

Do you currently have an office in Bangalore? How can people reach you?

I have my own personal/NGO office on Church Street. My personal ID is reachprofgowda@gmail.com. Fairly soon, people can also get in touch with me on rajeevgowda@nic.in.

Bangaloreans come together to save the lakes in the city

One Bangalore Lakes campaign will run from September to March. The team hopes to connect with each and every Bangalorean and make people come together for lakes.

Next time when you go out on a nature tour, don’t forget to spot chameleons and admire their beauty!

When a Bengalurean didn’t want Bengaluru to become big

“Everyone will buy cars… Traffic jams will start” – A visionary had predicted Bengaluru’s problems 40 years ago.