Sharma was asked to show the club identity card, following which it appears that one thing led to another. Referring to the incident, Sharma says, “I was on official duty, going from my office to the DG’s office. I needed to use the restroom, and therefore considered going through the Club to use the facilities, since I am a member there.” However, after an eyewitness, Raghu Karnad took to social media to publicise what he saw, the general perception of people – familiar as they are with official abuse of privilege – is that Sharma is in the wrong.

Incidents or altercations like this are not isolated ones. Here are some instances of alleged power play by officials in Namma Bengaluru.

May 2014:ADGP, Dr P Ravindranath was booked for allegedly taking pictures of a girl at a cafe. Incidentally, the CID recommended that the sub-inspector, who registered the complaint against the ADGP, should be suspended, citing disrespectful behaviour towards a senior officer.

June 2014:Upset by a blocked road,KR Puram MLA, Byrathi Basavarajallegedly slapped a traffic constable.The constable however did not register a case, stating that it was only a minor altercation.

A member of the club who spoke on the condition of anonymity says: “In this case, I think the officer is at fault. The club is a private one and has rules that need to be followed. There are also cases where vehicles use the Club as thoroughfare between Residency Road and Lavelle Road which has led to accidents on the Club premises. The club rules are there to avoid these risks.”

The incident got a lot of attention in the press. For its part, the club suspended Sharma’s membership for a month, while an inquiry was ongoing. After the incident, in what is widely suspected a fallout, various regulatory authorities “woke-up”. Officials landed up at the club with notices and inquiries into its legal status, suspension of its liquor license and more. However, that is not the focus of this article.

The club incident is a not an isolated one, but it is the most recent spark that exposes an unsettled issue in India’s public culture. Why is there trouble when people in positions of power access facilties as private citizens?

Culture of inequality and hierarchy

Speaking to Citizen Matters on the general issue, P Manivannan, an IAS officer who currently holds the post of Managing Director at Karnataka Urban Water Supply and Drainage Board, says: “​All of us are human beings and we all are prone to the trappings of power in different degrees. I think the josh of power normally wears out in the first three to five years of service, or for some, in ten years!”

He goes on to make an interesting point about the culture of inequality that’s prevalent in India: “If all are treated equally, there’s a tendency to feel uncomfortable.”

This attitude, both on the part of those who exercise power, as well as those who bow down to it, is perhaps a remnant of the country’s feudalistic past. Agrees T R Raghunandan, a retired IAS officer who is anti-corruption activist: “There is a prevalent culture of hierarchy in the system. Officials are not challenged or questioned enough. It is difficult to disagree with superiors or those senior to them. Very few officers consult with their subordinates. Hardly anyone calls each other by their first names. This behaviour in itself is not conducive for a free and frank work culture.” 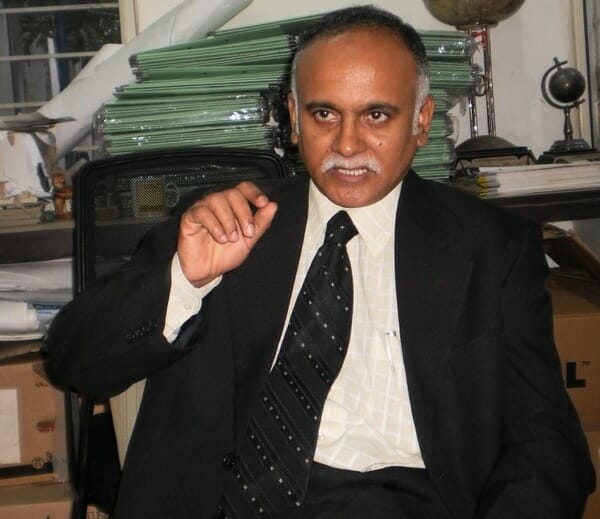 He adds, “People are conditioned by the values of the system and their exposure to this weakens their own value system in turn.” He says that officers have to be conscious about how they are behaving, else it can be very easy to get carried away with the power and clout that comes with their position.

Raghunandan also cites the lack of exposure to other social circles as a reason for high-handedness and arrogance: “Officers tend to socialise outside work as well, with the same type of people who are conditioned by a similar value system, so there is no escape from it.”

What is the way out?

So how can incidents like these be avoided? How do parties resolve an incident before it escalates into something unpleasant?​

Ammu Joseph, veteran journalist from Bengaluru, points to one aspect missing from the coverage of this episode itself. “While the club restricts entry through the main gate to cars with the Club sticker, Mr Sharma could have easily walked in through the gate, having instructed his driver to turn around and park elsewhere. It’s a short walk. But of course, senior police/government officers are not used tobeing thwarted and a minor inconvenience was turned into a major prestige issue”.

On the general question of such altercations erupting from time to time, she refers to a quote by Justice K K Sasidharan of the Madras High Court on bureaucrats: “The officers are forgetting the fact that they are ‘public servants’ and not ‘masters of public’.”

Manivannan says that any use of official power for non-official use is illegal and is a misuse. People in power have the responsibility to be a model to others, he says. That is the best way to prevent an incident from becoming unpleasant, and the responsibility to maintain the peace is clearly on the ‘powerful’ person.

He adds that communication is the key, in any situation. “Ideally speaking, one should not forget that post and power is temporary, and we all are human beings and equal first. But, at times, if one feels urgency, then she/he should explain it to others and then take advantage, rather than taking it for granted. Logic works in almost all places, where even ‘power’ does not work! So, one has to patiently explain things.”

Raghunandan, who has been there and seen it all, agrees that the onus is on the person in power to handle the situation in a responsible manner. He adds that sometimes when the public is provocative and aggressive, it is up to the powerful person to explain himself and respond in a dignified manner.

V Ravichandar, CEO of Feedback Consulting and  executive committee memberof Bangalore City Connect Foundation, points out that the All India Service Rules have provisions to ensure that officials are not subject to unfair behaviour, for instance, to make sure that they are not sacked unfairly. “The very same rules also specify the ‘conduct unbecoming of an officer’. If the officers look to the rules as protection, they should also be held accountable when they misuse their power or act in unacceptable manner”, he says. He also adds that citizens should come forward and report incidents of misuse of power; if they take it lying down, it is only bound to continue.

Raghunandan takes a hard line too. “Those in power are not above the law, and they too need to be treated like everybody else. If citizens are at the receiving end of unfair treatment, they should not be accepting it. They can choose to file a police complaint if the incident is severe. They could also opt to file a complaint to the official’s superiors, citing misconduct.”

Raghunandan also suggests several ego-busting tactics that can be employed by those in a position of power, to help them stay grounded.​​

The scrutiny of the club

After the incident, Bangalore Club has been subjected to many scrutinies, ranging from violation of excise rules to sub-letting its license to other firms to proving ownership of the land that the club is located on; some suspect this has snowballed after a tip off from Sharma.

Sharma reacts to the speculation that he used his clout to bring the club to task: “I did not do anything illegal. I did not cross any legal boundaries. In the case of the club, there were certain illegalities which I bought to the notice of the public, which is why they are suffering.” He adds, “People must understand that people in power are also victims at times, they are also maligned.”

A member of the club who spoke on condition of anonymity says, “The fracas at Bangalore Club is possibly evidence of misuse of power of a different kind. It can’t merely be a coincidence that such coordinated action on the part of city authorities can happen just like that. Obviously someone on the top of the chain has been authorising these inspections. From the club’s point of view, it is akin to being bitten by a shark and getting hit by lightning at the same time.

However, he agrees the club might also be at fault. “There are evidently several violations on the club’s part as well, and these violations must be righted. While the club has to abide by the law, if the law is not working in its favour, it could look at lobbying to change the law tomake it more realistic and enforceable, as presently many of the laws are archaic and vague.”

About Ganga Madappa 77 Articles
Ganga Madappa is a Staff Reporter and the Community Manager at Citizen Matters. She loves cats and books and travel. She tweets at @pulicatmonster and blogs at Random Rambling.