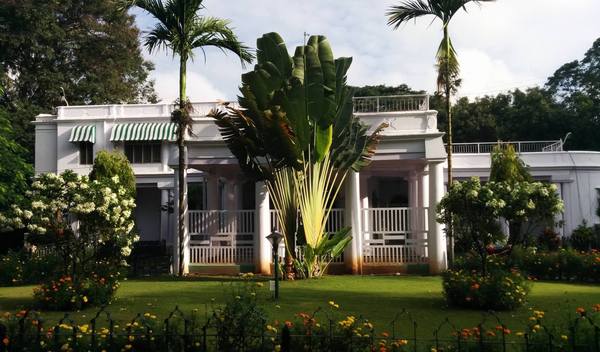 The Karnataka state government is reported to have decided on demolishing portions of Balabrooie Guest House, which currently houses the Justice Vaidyanathan Committee. It plans to build a clubhouse and quarters for legislators.

Architect and heritage enthusiast Naresh Narasimhan points out how many illustrious people have stayed there over the years, from Mark Cubbon to Rabindranath Tagore to Jawaharlal Nehru. Bangalore Mirror reports that a group of artists and intellectuals, including SG Vasudev, B Suresh, Sreenivas Kappanna, and Jagadish and Arundhati Raja, plan to submit a memorandum to the Kaggodu Thimmappa, speaker of the Legislative Assembly. They also report that Marthanda Muniyappa, a leader of the  Bahujan Samaj Party has filed a public interest litigation in the Karnataka High court against the stage government’s move.

The Bangalore chapter of Intach, the non-profit organisation that works on conservation and heritage, along with other groups, has initiated a campaign and plan to have a public meeting at the bungalow grounds to demand that the government reconsider the demolishing plan and preserve the heritage house. They have appealed to citizens, in a letter:

If you think Balabrooie should not be demolished, if you think heritage is important, we request to please join us at the Balabrooie Guest House lawns on Sunday, October 26th, at 11 am to show the government you care.

The event: An informal people’s collective to protest the government’s plan for Balabrooie Guest house.

A Facebook community group Save and Preserve the Balabrooie Heritage Building and Compound has been set up to track the campaign and developments. Another community, Siddaramaiah: Save the Historic Balabrooie Guest House, petitions the Chief Minister to tell legislators to fix Bangalore’s problems rather than plundering historic buildings for their own merriment.

Prithvi Urs, a heritage enthusiast has started an online petition to stop the demolition of the heritage building. Another one by Zarir Batliwala petitions the Chief Minister of Karnataka to ‘Save and Preserve the Balabrooie Heritage Building and Compound’ and has garnered over 500 signatures already.

“Balabrooie is an iconic building, an integral part of the heritage and history of Bengaluru. It has stood for over a century as a fulcrum of what makes this city great.

The driving force of a city may be its economic and business success, but its heart and soul are its heritage and history. Perhaps it is inevitable that some of our landmarks must make way for today’s realities, but is the sybaritic pleasure of a few more important than the maintenance of our history?”

Many folks have turned to social media to express their views as well.

“We need a Heritage Society, as in Bombay, that has money and the desire and aesthetic wherewithal to protect our various histories. We need to recognize the work of individuals who are cognizant of and value history, like Krupa (Rajangam) and Archana (Prasad)’s Neighbourhood Diaries, Vivek (Muthuramalingam)’s photography, Aliyeh (Rizvi)’s writing. We need to salute not just Kannada history, but the multiple histories of Bangalore. For instance, Ulsoor with its Mudaliar houses, Telugu hostels, the dhobi ghat, the Karaga…And very very urgently, we need to stand by our colonial history”.

Balabrooie is a bungalow built more than 150 years ago by Aga Ali Asker. It has housed many famous people, including Sir M Visveswaraya and Sir Mark Cubbon. Many eminent people like Rabindranath Tagore and Jawaharlal Nehru have stayed here during their visits to Bangalore. It was also the residence of several chief ministers. These alone are enough reasons to preserve Balabrooie for future generations. In addition, the bungalow is a beautiful specimen of colonial architecture and has several beautiful trees in its 14 acre property, many of which are more than a century old. In any other country, and even in some other Indian cities, Balabrooie would have been recognised for its heritage value. Instead, our Government is planning to start demolishing it in about a week. (Source: Intach)

An article in Timeout, Bengaluru talks about the origin of the heritage building’s unusual name.

“… two competing theories exist. One, that it was given the name by Ali Asker, and that the name is a corruption of the Farsi ‘bala beravi’, or ‘may you rise higher’. A more likely explanation, however, is that the name is a tribute to Mark Cubbon’s origins in the Isle of Man, where even today a few roads by the same name exist. In Manx Gaelic, the word means ‘farm on the river bank’.

You never would have guessed that there’d be a connection between Gaelic and our own Bengaluru, would you?

Get to know what master plan is all about, think about it, write and win the prize! Engage in making Bengaluru better!

Do not lose this opportunity for true arts education – and be sure that you will come back richer.