Several citizens of Bengaluru gathered at the Mayor’s office on September 23rd to protest against BBMP’s failure to provide safe roads in the city. Dr Dominic Dixon, one of the organisers of the protest said, “Though civil society is paying taxes, BBMP does not do it’s due diligence. We handed over a memorandum to the Chief Mininster, Mayor and BBMP Commissioner which lists out what action we want them to take. If they do not respond in seven days, we will take it further.” 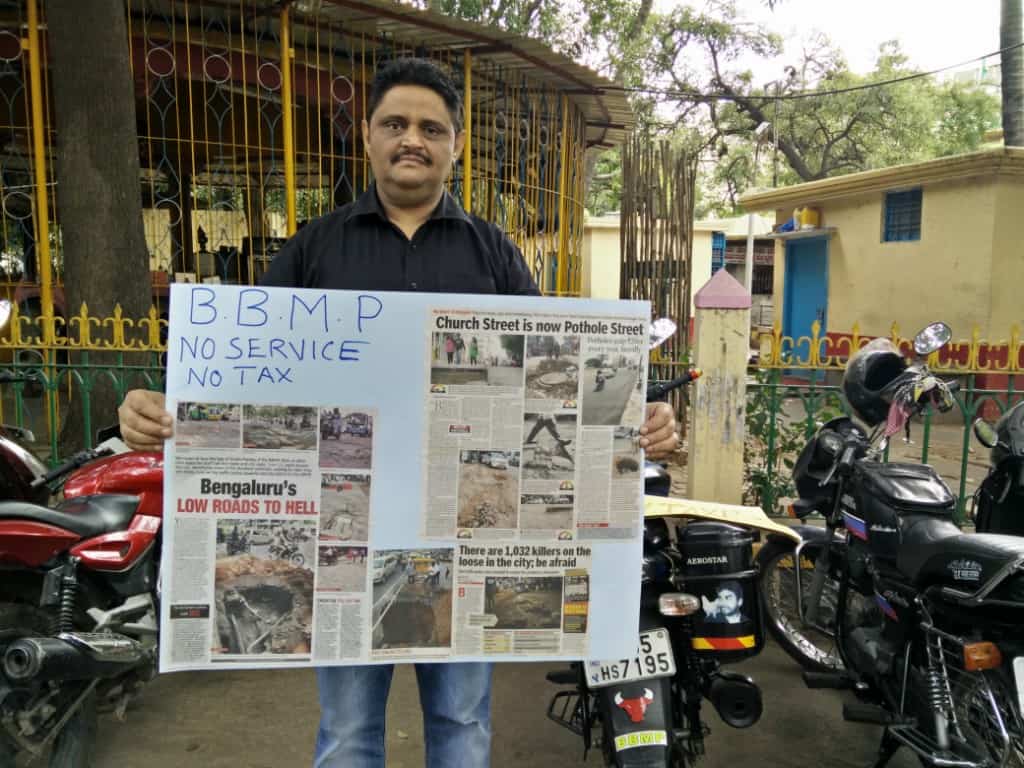 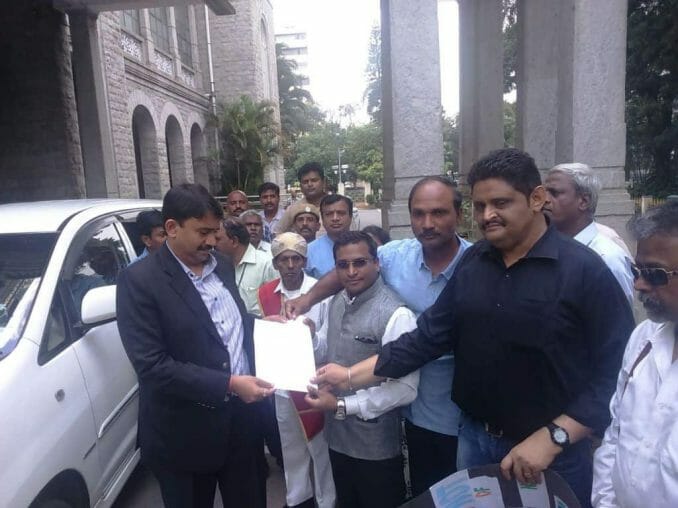 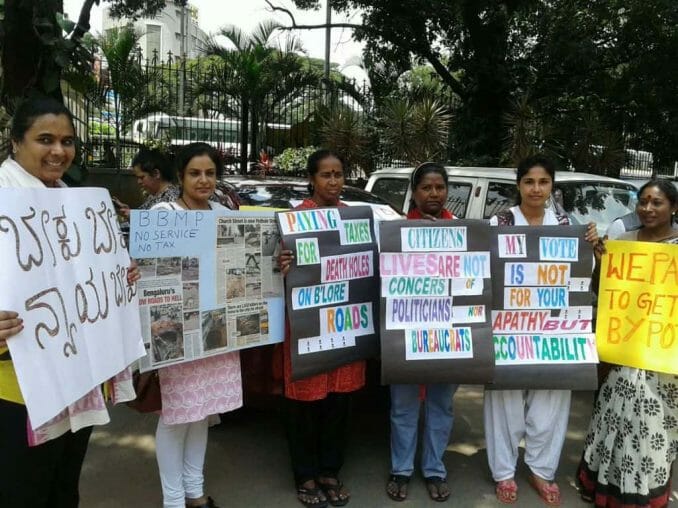 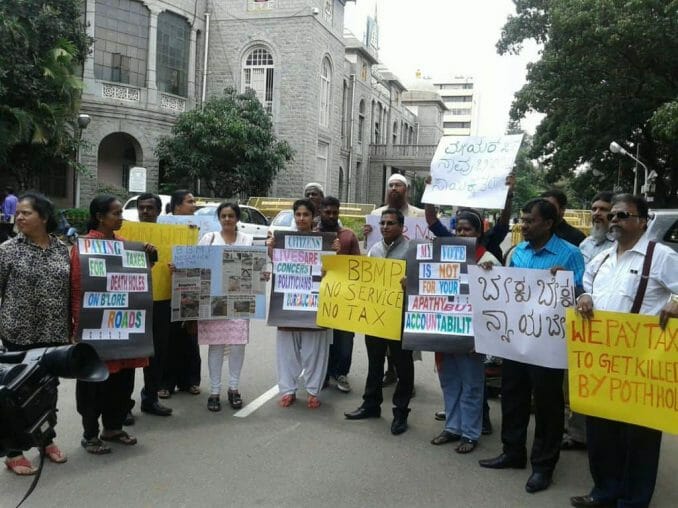 Excerpts from the Memorandum

The memorandum specifies how the BBMP has failed to provide appropriate and adequate civic amenities, and what has happened as a result of it. It mentions:

It also calls out that the above issues have led to:

In addition the letter also demands a letter from the Chief Mininster, Mayor and BBMP Commissioner within seven days, where they assure citizens of the following:

The full text of the Memorandum can be read below.

This BBMP election is going to be different. Citizen groups are setting the agenda for elections, including non-corrupt corporators and clean administration. Here’s the wishlist from CAF.

BBMP has launched a programme to eradicate rabies in the city and to reduce human-dog conflict. The programme includes a helpline that citizens can call if they see a dog with rabies symptoms.

What happens when residential layouts are built on rajakaluves or lake beds? Water flows where it wants to, and thoughtless development takes its toll.