Traffic congestion in ORR is getting worse – the long term solution is moving more and more commuters to mass public transport like the Metro or  BRTS. While the jury is out on which is better and faster to implement, we are losing precious time everyday in our commute.

With the intention to reduce the commute time and avoid stress in waiting at traffic signals,  Rao Ganesh Janardhan, HSR Traffic Police Inspector has put together a series of simple changes which can improve the traffic flow from Marathahalli till Central Silk Board.

The first of such changes have been implemented around Devarabesanhalli Flyover, RMZ ECOSPACE and Bellandur Flyover. The traffic grid locks which used to happen for hours in that area is gone now. Traffic flow has improved significantly and commute time has started coming down significantly. Further to that, some more improvements are in progress between Bellandur flyover till Iblur Flyover.

Now BTP is looking at reducing or eliminating the traffic signals in and around Agara lake to aid smooth movement of traffic. The changes proposed are attached. Please share your feedback and suggestions in the comments below, so we can collate and share with the Bengaluru Traffic Police. 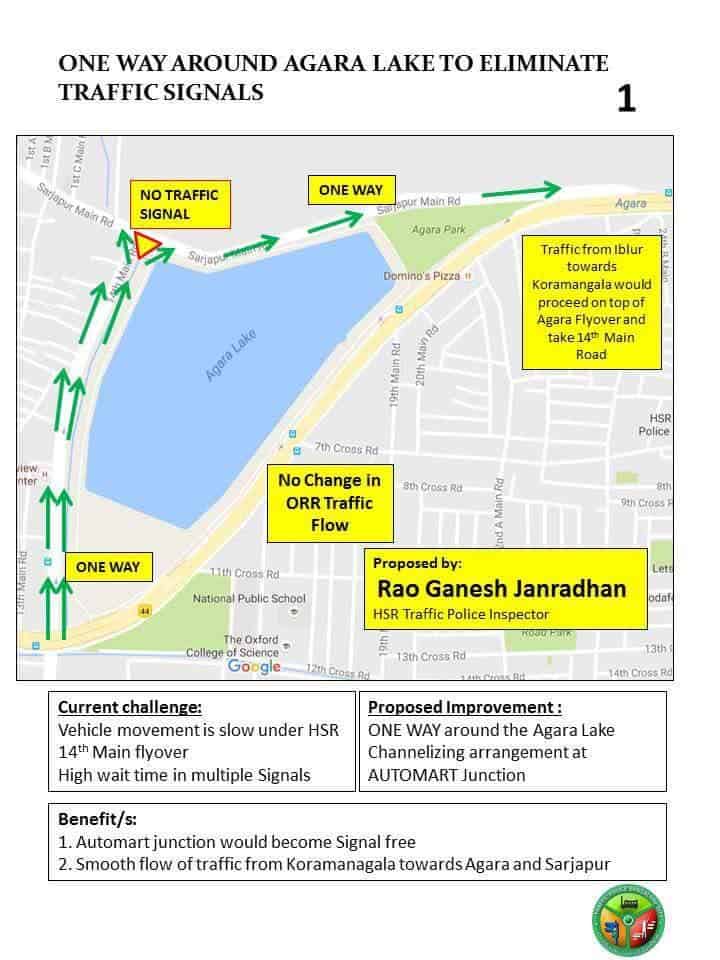 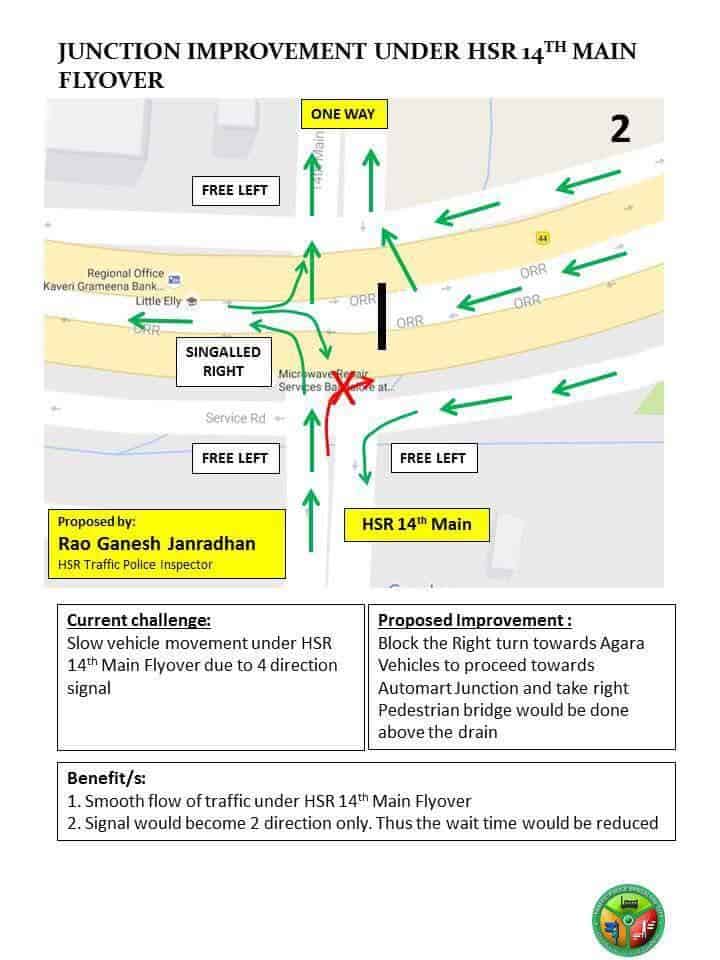 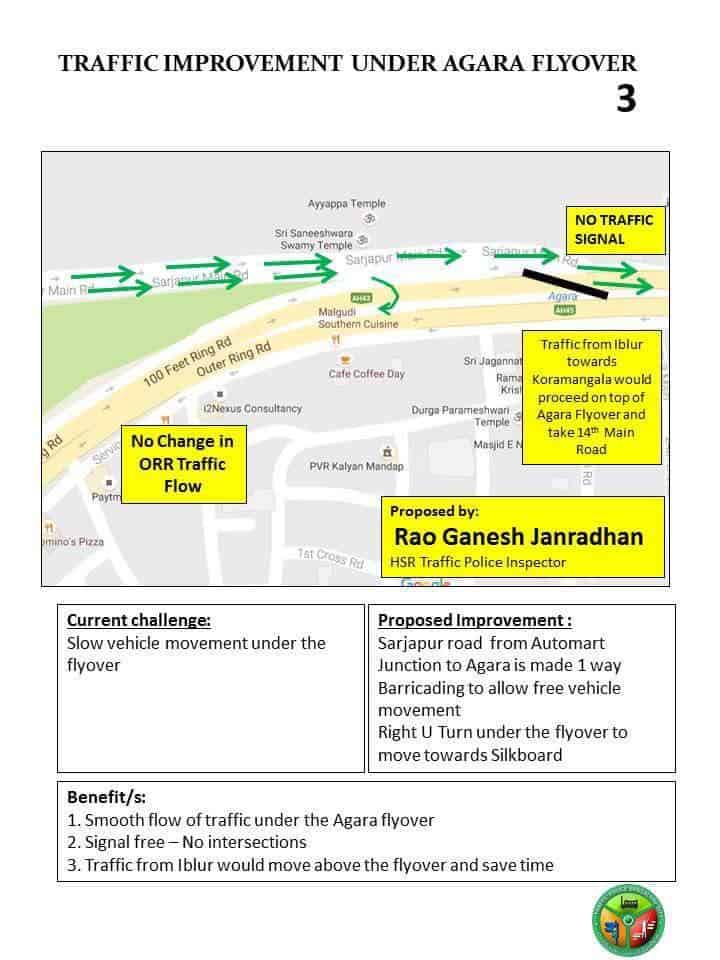 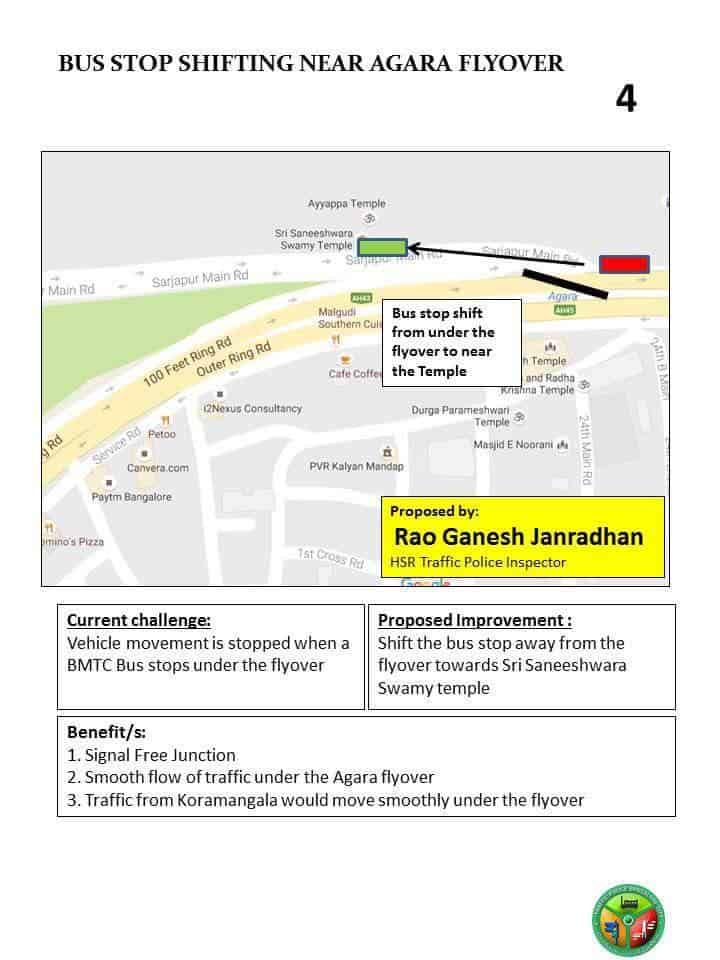 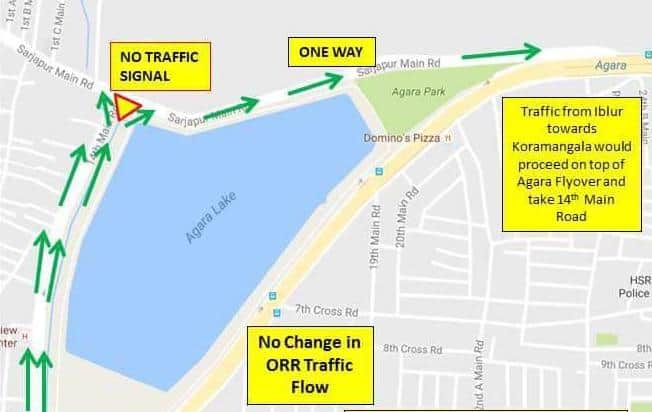 About Clement Jayakumar 1 Article
The author has not yet added any personal or biographical info to her or his author profile.

Preschool carnival aims to create awareness of environment in the young children.

Electricity tariff hiked, work on the Vellara Junction-Pottery Town Metro line starts, traffic police gets prepared to tackle eventualities during monsoon – read more on what happened in Bengaluru this week