It has been five and a half months since the third time corporator from Congress, B N Manjunath Reddy took charge as the Mayor of Bengaluru. With BBMP budget round the corner and news of property tax hike after seven years making the rounds, the Mayor speaks about some of the issues in BBMP and clears his stand on certain things, in an exclusive interview with Citizen Matters amid his busy schedule.

Just six months are left for your term to end. So what is that one thing that you would like to be remembered for as a Mayor of Bengaluru?

One year is very less time to do some remarkable work for which I could be remembered for. The one good work that I am happy and satisfied about is that BBMP was able to free two main buildings – K R Market and Utility building, by clearing the mortgage. This apart, I want to increase the revenue of BBMP during my tenure. As a first step, we are seriously pursuing advertisement tax evaders. We have also started targeting unauthorised OFC laying companies. In fact, two months ago we cut some of the cables to warn the private companies laying OFC, following which several of them submitted application seeking permission to lay cables. As an immediate result, we will be getting license fee of Rs 120 crore shortly. We intend to good money through OFC alone.

You said one year is less time do some remarkable work. So, do you believe in the direct election for mayor and giving him five-year term as suggested by the BBMP Restructuring Committee?

I am totally in favour of the idea of extending the Mayor’s term. BBMP needs a Mayor who has five-year term. If not five years, at least two and half years. A Mayor cannot perform his duty effectively in 12 months. Let alone fulfilling promises, the Mayor cannot even visit all 198 wards and eight zones in one year. So an amendment has to be brought and the Mayor’s term should be extended.

How has it been for you to manage the council where majority of the corporators are from BJP?

So far it has been good. They are supporting us in all the good works that we have been doing. There have been no issues in passing resolutions that intend to benefit people.

BBMP has decided to revise the property tax. People are opposing the move. What is your stand?

As per the KMC Act, we have to revise the property tax every three years and we have the provision to do so. When the BJP was in power they did not hike the tax for the political reasons. But we have to do it, there is no other go. BBMP is facing so many developmental issues and we have to meet people’s demands for which we need money. As for as I know, none of the organisations or individuals have objected to the tax hike as such. Resident Welfare Associations and a few groups have given their suggestions, but they have not opposed the hike.

BBMP collects only 50 per cent the property tax against its target. And nothing seems to have been done to book the tax evaders. When this is the case, why not plug the loopholes than burden the honest tax payers?

We are doing our best to trace the missing properties. We have given first preference to bring such missing properties under the tax net. In this direction, we are working closely with private agencies. Meanwhile, the Revenue department is doing streetwise survey through GIS based property tax system. Road history is being created for the first time and 99 per cent of the work is done.

Road history is all about tracking the number of houses, floors, size of sites, commercial buildings, industrial establishments etc in each road. It will leave no space for missing properties.

During the administrator’s rule, he had frozen the development works in order to bring financial discipline in BBMP. But you had opposed his decision. Why? Do you think it is possible to take up new works for BBMP that is suffering from fund crunch?

His decision to freeze works has both positive and negative side. Negative because, he froze even those works which had just begun. That created an obstacle to the ongoing works. Positive side is that he filtered and froze the works worth Rs 2,300 crore. This to some extent reduced the financial burden on BBMP. We were able to clear some of the pending bills too. Now we will start initiating the new works. With, we, the elected representatives having come to power, we cannot stop the development works. 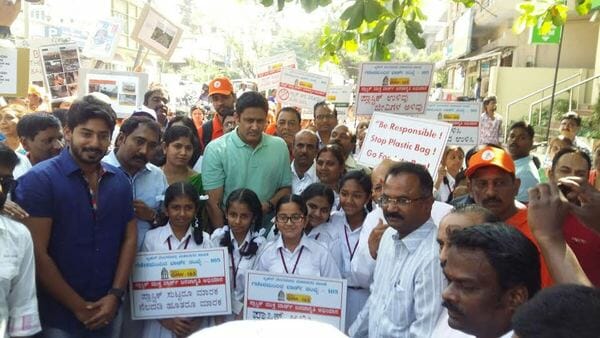 Will BBMP’s this year’s budget be any different from previous years? The budget is often criticised for being unrealistic and highly inflated. Is it going to be yet another mega budget of Rs 7,000 crore this time too?

We will not cheat or show off to people through the budget like BJP did. The budget is prepared considering the funds that we had expected to get from the Central and State governments. The expected revenue that will be generated in BBMP will be carefully calculated. I can assure that definitely, it won’t be a mega budget of Rs 8,000 crore or Rs 9,000 crore.

State budget is round the corner. What is that you expect from the State to give to BBMP’s kitty? This time your own party is governing the state – so will you get better support?

The major burden that we have is the repayment of huge loan amount. We are paying Rs 20 lakh interest rate to various loan issuing sources everyday. In addition, Rs 2,300 crore pending bills has to be paid to the contractors. That is a major challenge which we need to balance. In our budget, we mostly concentrate on spill over works and ongoing works. We are not in a position to take up new works with our revenue.

In the last 10  years, the problems have remained the same – BBMP has no money, BBMP does not audit its finances, garbage contracts are broken, villagers keep rising up against landfills, corruptions and scams keep happening, road infrastructure is hopeless… There is no vision or will in any government – no action on MPC, no action on restructuring…. All this regardless of which party has been in power. Forget the blame game, In your heart of hearts, would you say elected representatives have failed the people?

More than elected representatives, I believe it is the failure of the officials. Term of elected representatives is only for five years, whereas that of officers is 35 years in BBMP. Because of their corruption, things are not the way it should be. To control this, we have brought all the departments online and brought transparency. So I can say that in the days to come if not complete change, at least 70 pc change can be seen in BBMP’s way of functioning.

What are the top three things you would want the next mayor to look at?

In my tenure, I have given preference to road widening works, garbage management and plastic ban. I would want the next mayor to concentrate on these things and get the work done.

Where pedestrians have the right of way

I now have to remind myself constantly, that I don’t need to scurry and that as a pedestrian I have as much right as any other resident using the road.