It was a novel idea of providing services to students in the comfort of their homes: Apply for the BMTC bus pass online and have it delivered to you at home. However, the new service has run into rough weather as close to 70,000 bus pass applications remained unprocessed, forcing the students to turn up in large numbers at the KempeGowda  Terminal to collect their passes.

With September 30th being the last day to avail these concession passes, and many unable to apply for it online because of glitches in procedure, many students queued up at the BMTC depot to get their passes. Media reports on Sunday showed thousands of students who missed college to get their passes.

Chief Traffic Manager (Operations) K R Vishwanath says that the rejections happened only because of irregularities in the application forms submitted by the students. “We have had 3 lakh applications till now for student passes, of which we have already processed 1.5 lakh belonging to students from schools and PUC classes. The problem has been with about 70,000 applications where students have erred with their entries, which also have to be ratified by their colleges,” he said.

We tried to figure out where the ball had dropped. Our first stop was Google where we entered the search words ‘BMTC, Student Pass’. It took us to the BMTC website with a display “Page not found”. However when we logged onto the BMTC website directly – www.mybmtc.com – we were directed to the page to apply for the pass online.  However when we tried to open the page to track the status of student passes, the page reported an error. 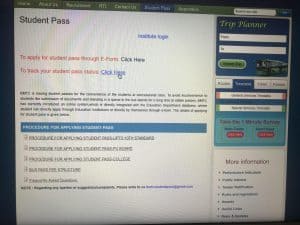 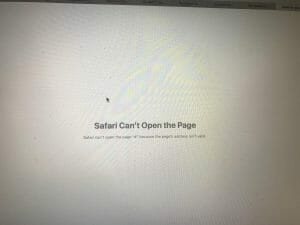 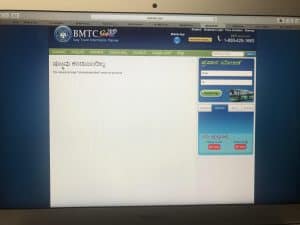 K R Vishwanath, who continued to insist that there were no technical glitches on the BMTC  site, directed us to Chief Systems Manager, Nagendra for an explanation who remained unavailable till the time this article was published.

However, a senior official who wished to remain unnamed confirmed that the website was facing problems with its servers and they had been unable to access even their dashboard last week. Our own experience with the website had found that many of the pages were under construction, including ‘BMTC at a glance’. The annual reports that were part of the website are no longer available except the one for 2016-17.

Last year, the BMTC issued 3.7 lakh student passes. A quick crunch of  the revenue generated by these passes by Satya Sankaran of Prajaa puts the number  from it at Rs 4321.65 lakhs. It is the fourth largest revenue generating avenue for the BMTC after ticket sales, daily and monthly passes for the department. The student bus passes were issued at 45 bus depots around the city where the students had to physically submit their applications.

However this year, with the introduction of the online facility, a bulk of these applications were submitted online. (Vishwanath confirms that the number of student pass applications haven’t seen a huge growth this year.) But with 70,000 applicants out in the cold because of technical reasons (the responsibility for which BMTC largely places on the students, though our experience was a little different), students were forced to go back to the tried and tested method of physically appearing at bus depots.

The BMTC, therefore, has some distance to go before it can deliver seamless service to the students of Bangalore through an online process. It remains to be seen how long it will take for the department to iron out the chinks.

Sarakki lake saw a host of demolitions when it got flooded a few years ago. Lake teams working for the rejuvenation of the lake have had an eventful journey along with the lake, which will see water entering into it in a few months.

Test runs of the priority bus lane project has already started in the Silk Board-KR Puram stretch of ORR. Here is how authorities are planning to implement the project and resolve problems