If you have travelled in and around Koramangala, you might have seen advertisements by ZipGo with pictures of maxicabs. In fact, many of you might have even downloaded ZipGo app on your mobile phones and commuted on these AC maxicabs by now. 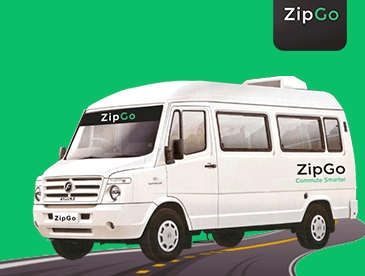 It has been only a month since four youngsters launched ZipGo maxicab operations in Bengaluru. ZipGo began its operation on August 11th and in a month’s time, the number of routes in which service is provided has been increased from two to eight. Two new routes are in the offing this week. The routes are mostly in South Bengaluru- Whitefield-ITPL-Indiranagar- Koramangala-BTM Layout area.

And in a span of one month, apart from the expansion of services by ZipGo, cab service provider Ola too has announced of launching shuttle services in the city, branding it as a part of its effort to ‘provide mobility to a billion people’. Ola has scheduled the launch of Shuttlebuses in Bengaluru and Gurgaon on September 21st.

If this all works out, Bengalureans will have plenty of transportation options before them!

Private shuttle services are not new to Bengaluru. There are already a few contract carriage buses which ply on limited routes within the city. Though carpooling has not become very successful in Bengaluru, a few apps and websites like poolcircle and carpooling continue to operate. As far as the latest shuttle service system is concerned, both the operators – ZipGo and Ola have assured to offer a comfortable mass transit system to passengers.

Both the operators assure a ‘better travelling experience’ to passengers in this traffic-ridden city. For those who wish to avoid driving own vehicles but yearn for a comfortable journey, shuttle services are believed to be a better option. Twelve-seater ZipGo maxi cabs are Air Conditioned and have audio-visual entertainment feature for passengers. Ola has announced of coming up with an added feature of Wi-Fi in its shuttle service system.

Responding to a query on why should people prefer ZipGo shuttle service over BMTC buses, ZipGo’ Manager (Marketing and Operations) Zaid Azmi said that the maxi cabs are mostly on time and reach the destination faster. “Journey is comfortable because the vehicles are not overcrowded. One can check the seat availability in the app and then decide on choosing the vehicle. These GPS-enabled vehicles also help people track their location during the wait,” he said, adding that the initial raids will be priced at Rs 29 from one destination to another.

Explaining how ZipGo app has become an instant hit among passengers, Zaid said that within a month of launch, close to 50,000 people have downloaded the app. “We are witnessing a growth rate of 10 per cent everyday,” he said. 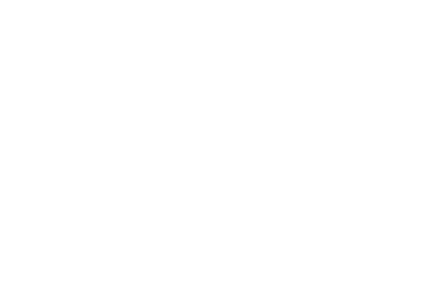 ZipGo routes are decided based purely on demand, so there is no question of losses in a particular route.This way of planning based on app and search data is near-real time and smart, and saves a lot of hassles.

“We ask people to vote for the most sought out routes on which they would like us to ply. We introduce the shuttle service on specific routes after analysing the demand. As of now, there is huge demand for Koramangala-ITPL route. We will also start the service to Hebbal and Electronic City soon. There are plans to introduce bus services on routes where there is huge demand,” Zaid explained.

At present, 80 ZipGo maxi cabs are operating on eight routes in the city. Ask Zaid why have they chosen Bengaluru for their business and he says it is for the tech-savvy population here. “The entire service is app-based, right from booking the seats to payment. We found Bengaluru to be a suitable place for introducing shuttle service because people here are more adaptive in nature,” he pointed out.

In an e-mail response to our queries, Ola Public Relations Officer said that Ola has started plying shuttle buses on 20 routes serving up to 3,000 customers, on a pilot basis. “We have planned to launch 500 shuttles in over 100 routes in Bengaluru and Gurgaon from September 21st. Shuttle is a solution for daily commute from the Ola app. Shuttle experience would include free Wi-Fi, on demand entertainment and cashless transactions.

All the comfort apart, are the shuttle service introduced by ZipGo and to be introduced Ola service violating Motor Vehicles Act norms?

Yes, says BMTC Staff and Workers’ Federation Convener A N Murthy. He accuses shuttle service providers of violating MVA and plying maxi cabs and buses without obtaining stage carriage permit. “Just like the existing private operators, even the app-based operators ply their vehicles with contract carriage permit. They will have to obtain stage carriage permit for their maxicab services, which they never do. Right from the elected representatives to the officials and police, all turn a blind eye despite being aware of the illegality involved,” he criticises.

So what is a contract carriage, and what is a stage carriage? How is the shuttle service a violation of the act?

The Stage Carriage Permit allows permit holders to service an area with a specific route. The permit also mentions the type of vehicle that is granted permission to operate, the approved timetable, the number of trips it can make in a day and standard fare it can charge.

The Regional Transport Authority (Bengaluru Urban district) (RTA) has powers to grant permits for maxi cabs and buses for stage carriages. It has power to take action under section 86 of the Motor Vehicles Act to suspend or cancel permit for violation of any condition of the permit.

On the other hand, contract carriage vehicle is defined as “a motor vehicle which carries passengers for hire, and is engaged under a contract, whether expressed or implied, for the use of such vehicle as a whole  for the carriage of passengers mentioned in the contract, and entered into by a person with a holder of a permit in relation to such vehicle or any person authorised by him in this behalf on a fixed or an agreed rate or sum-

1. on a time basis, whether or not with reference to any route or distance; or

2. from one point to another, and in either case, without stopping to pick up or set down passengers not included in the contract anywhere during the journey, and includes-

These vehicles are not supposed to pick or drop any other passengers who are not in the initial contract list, anywhere during the journey.

Why do they flout rules?

When Ola or ZipGo launches a shuttle service, all they will do is to sign up a contract with a private maxicab and run it in the required route to which there is demand. These shuttle services technically fall under stage carrier category and need license.

RTA normally grants route permit after studying the demand and supply of buses on particular route. However there are no scientific methods to study the demand and supply and bridge the gap. Considering the traffic congestion in a city like Bengaluru, it is nearly impossible to get fresh permits for stage carriage. In addition, the MVA also emphasises on giving preference to applications for permits from State transport undertakings over private undertakings.

Whose responsibility it is to obtain stage carrier permit from the RTA? The service providing companies like Ola and ZipGo try to avoid this question. They say that they are only “aggregators,” while “operators” are the vehicle owners.

When the same question was posed to ZipGo’s Zaid Azmi, he said that the team interviews drivers (operators) before hiring them. “We check all their documents and then give the approval,” he said. However, he refused to comment when asked if the operators have obtained permit under stage carriage.

Even Ola did not respond to the question on if they have verified the operators abide by Motor Vehicles Act.

State Transport Commissioner Rame Gowda too agreed that there was confusion about the role of operator and aggregator. He says the Road Transport and Safety Bill 2014, once becomes a law, will clear the confusion. The draft has included the term “aggregators” and will bring IT-enabled transport system under legal framework.

However, he said that operators should obtain route permission to ply on specific routes as per stage carriage norms, failing which they could be penalised.

BMTC gearing up to face the threat

Both the aggregators are claiming to replace the commuting problem with comfort, but they have not directly portrayed themselves as an alternative to BMTC. In fact, when Citizen Matters asked Ola, if their shuttle service could be a better alternative for passengers over BMTC, the reply was this: “Cab, auto and two-wheelers can now access a comfortable and reliable AC ride.” The reply positions Ola as an alternative to those who are already using two-wheelers and cars.

However, BMTC sees a potential danger in the private players and is gearing up to face the competition. BMTC Managing Director Ekroop Kaur said that a parallel transport system will definitely impact BMTC.

“We too have plans to improve our facilities to draw more number of passengers, though I cannot reveal them at this moment. One of the latest initiatives is installing GPS in all 6,500 BMTC buses. By this month end, all the buses will be equipped with GPS and control room will be able to track the problems real time,” she said, adding that electronic ticketing machines too will be introduced in BMTC buses from this month.

10 reasons that discourage me from travelling in BMTC buses
A to Z of using BMTC buses
Free Railway Station-to-Bus-Terminus Shuttle by BMTC
So when are you starting to travel regularly by BMTC bus?

Residents of Jayanagar 3rd block are forced to pay hefty sum to the BWSSB contractor to restore their connection to new sewage lines. Those who don’t want to pay are being threatened and left with the stink and sewage lines unconnected.