Some areas in Bengaluru faced power cut in the last few days, even when the Energy Department of Karnataka submitted to the High Court that the state has surplus power.

However the reason is the pre-monsoon maintenance work being carried out by the Karnataka Power Transmission Corporation Limited (KPTCL) and Bangalore Electricity Supply Company (BESCOM). KPTCL is carrying out its annual major works around the city. The capital city will continue to have a few power cuts in some areas. 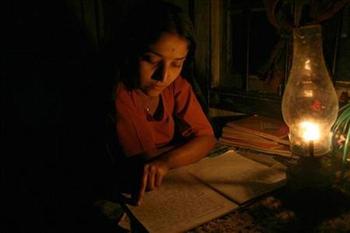 In the past eight days, AECS Layout in Whitefield was badly hit by power cut. On Tuesday night (on April 29, 2014) the blackout lasted for 10 hours. Residents complained that their electrical appliances and Sewage Treatment Plants (STP) in apartments went for a toss due to intermittent power cuts, while some complained their children got an excuse not to study. “Most of us own inverters, but even inverters were not charged enough to sustain for the whole day,” says Sanjay Vijayraghavan, a resident of AECS Layout.

Sanjay Vijayraghavan lodged multiple complaints with the BESCOM customer care service. When no response was forthcoming, he took to Facebook to share his trauma. After this, BESCOM engineers acted on it. Assistant Executive Engineer, BESCOM of Mahadevpura zone posted on facebook a notification informing people about the 12 hour power cut scheduled on two days, ie. April 25th and 26th.

Sanjay Vijayraghavan says that the notification issued had not-easily-comprehensible technical terms. The notification warned of a power cut from 9 am on April 25th to 9 pm on April 26th 2014. The reason cited in the notification for the intermittent power supply was to shift transformer load on newly commissioned 220/66kV EPIP GIS station.

When Citizen Matters probed, KPTCL official Superintendent Engineer said that under the annual major works to be done in the year 2013-14, commissioning of new stations was initiated. Such many new stations will come up in the city. KPTCL Chief Engineer was unavailable for clarifications. However, when we asked why did they fail to inform citizens, he said that BESCOM is supposed to inform power cuts to people.

Sanjay points to systems that are better-managed without troubling the customers: “I have stayed in foreign countries, even they have maintenance and upgradation work but they have a back up system, which we don’t seem to have.”

Work without planning
Sanjay points to the lack of planning among government bodies. Referring to the switch board boxes placed on footpath and streets he adds:
“BESCOM has been replacing the old boxes with new big ones. Near my area they have dug the footpath to set up these new boxes. It has been a month, the place remains dug. Commuters can’t use the footpath but the open pit increases the risk of accidents. When I enquired with the AEE he said that the cables are yet to be sanctioned. Why do they start the work without having the all the materials required?” he questions..

General Manager of Customer Relation, BESCOM, Jayanthi N said, “Summer brings a lot of load on transformers. At Mahadevpura, KPTCL has decided to shift the load to 220/66KV EPIP GIS station. There will be interruption in particular areas because of maintenance and repair work. Along with that, we have BESCOM quarterly maintenance work to carry out. Therefore it is necessary to cut power. All these are pre-monsoon activities, which are carried out on feeder service lines.”

She added that the scheduled power cuts can be informed to people, but it is very difficult to inform the unscheduled cuts. KPTCL informs BESCOM on the day or just two days before they carry out the work, which is why BESCOM cannot inform everyone. However leading newspapers are informed about the cut, said Jayanthi.

“As and when we are informed about power cuts, we upload a list of expected power cuts on our website. Under Operation header, Daily Statistics Operation Wing section provides a list of power cuts along with the reasons,” she informed.

The major work at Mahadevpura has been completed. Residents of Whitefield are enjoying regular power now.

How should apartments and gated communities handle transformer maintenance?

Transformer is a critical part of electrical installation in a gated community. This article explains the maintenance steps.

A group of green enthusiasts from all walks of life gathered to discuss their ideas and experiences on environmental conservation, eco sustainability and green development.

BBMP committee decides against separate contractors for wet and dry waste collection, BWSSB water supply at its highest ever this summer, traffic police takes up road and drain works – read more on what has happened in Bengaluru this week