Another evening, another Ganesha procession passing by to get to the Mallathahalli tank. It has been more than a month since the Ganesha festival, but the sounds of passing processions—typically a tractor with a massive Ganesha, surrounded by hooting teenage boys, drums in front and more boys (younger and teens) dancing around it—is still not unusual. One of the perks of living close to a lake, I guess.

If there are still idols being dumped in the lake, wonder what the situation would have been over the month. The area for dumping is a small pond cut out from the Mallathahalli tank. In terms of area, the pond measures 15 x 10 metres approximately.

Every year around August, people from BBMP turn up to clean up the lake. The idols still submerged from the previous year are dredged up from the green-yellow water and left on the side. Almost a philosophical ‘out with the old, make way for the new’. They lie around for the rest of the year until whenever BBMP clears some of them away. A lot of them are still left to rot near the lake; all one needs to do is look behind the trees and you can see a few disfigured idols rotting there. Many mingle with the newer ones.

This year seems to have been bigger than the last. There are a lot more idols seen. This is not surprising. In terms of density and population, though Bengaluru West has generally been thinner, it is now seeing more people moving from the more unaffordable parts of the city. The steadily increasing traffic on Mysore road should give you an idea.

The pond itself is still green-yellow (Disclaimer: Partially colour-blind person writing, so might be off with the colours a bit). Though it isn’t that big, it seems to have been dredged up to accommodate more Ganeshas. The actual lake can be seen in the background. One can say the BBMP and the police have done a decent job to ensure that almost all the dumping happened inside the immersion pond, and not in the main lake.

But that’s not all the Ganeshas. There are more, dredged up ones, disfigured and left to rot on the side amidst other garbage.

Here’s one of Him sitting on a bird. 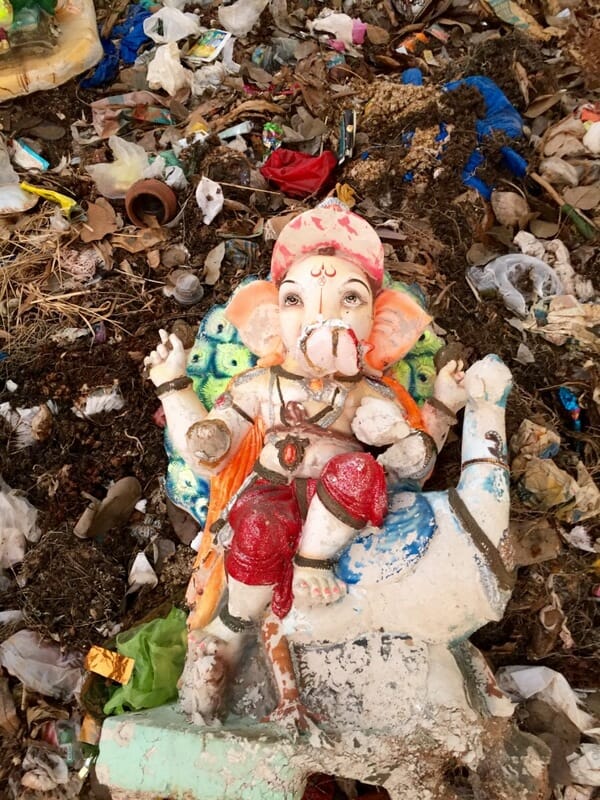 Another, a large one placed in the corner, looking almost perfect, but for a broken arm and more damage on the back. 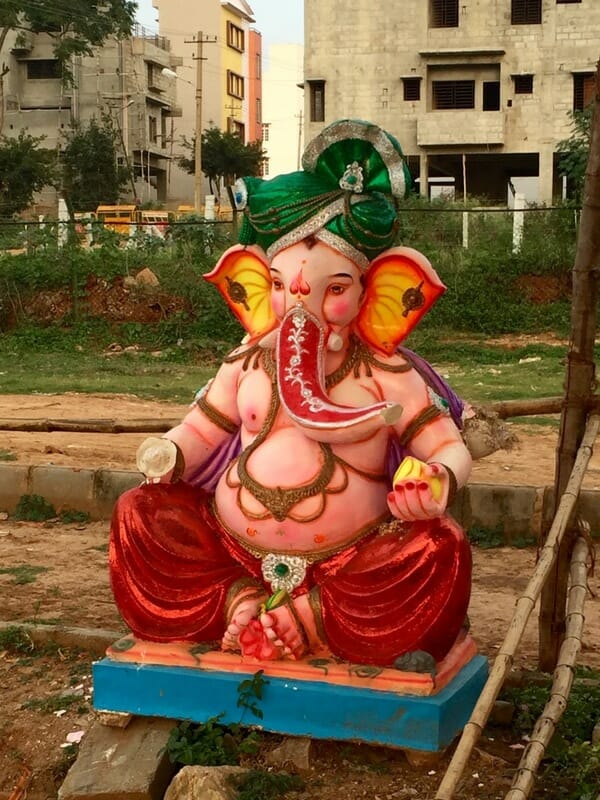 A few more, dumped on top of each other…

There were the Ganeshas from the past year too, hiding behind trees. 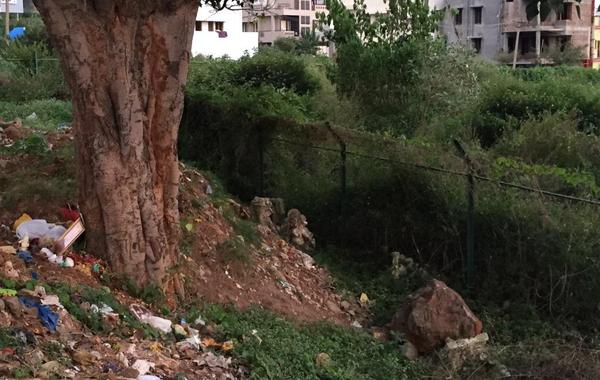 The lake core area wasn’t too badly affected. The lake has a functional STP pumping water into it. So the core stays relatively clean compared to the edges. 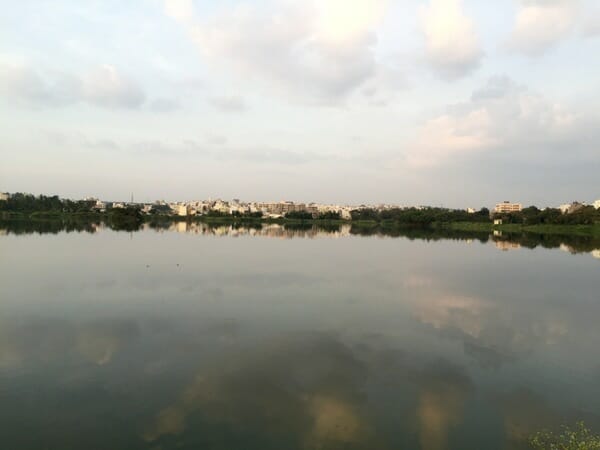 But it isn’t perfect. There are places where people can get in from the sides, and the dumping of smaller Ganeshas and items of worship has happened at other corners. 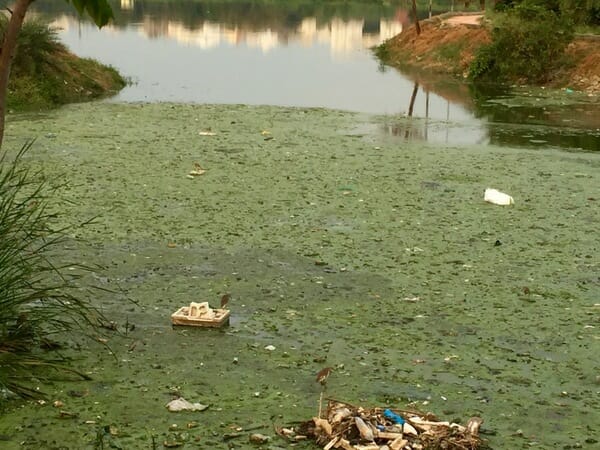 The main entrance is  usually closed and doesn’t see much activity. But this year, people seem to have made their way in. Maybe it wasn’t as strict… However, large-scale damage seems to have been avoided.

A few proper rains and maybe things can get cleaned up properly. One hopes…

The situation is similar, if not as bad, at the Ullalu tank. The Ullal tank is mostly dry and is rain-fed. This year, there seems to be some water there, but they might have filled up the immersion pond artificially. Lying farther away from the city, almost at the edge of Vishweshwaraiah Layout, it doesn’t have as much population around it. The tank is also much smaller.

But again, Ganeshas line the walking path around the tank.

One wonders what will become of these idols. Almost all of them seem to be made of Plaster of Paris (PoP), not clay. Note that these are from the less populated areas; wonder what the situation would be in the more populated and popular lakes.

Most likely in a few months, BBMP will haul them out to whichever landfill is not protesting, and dump them there. After a year, more Ganesha idols will join them in those landfills. As more areas spring up, the number of Ganesha idols is only going to keep increasing. I wonder if these can be recycled and let out again, or if PoP lends itself to that.

One only hopes better sense prevails and more sustainable practices are followed. More and more homes are switching to eco-friendly clay ones. Time the larger, ‘commercial’ ones followed suit too. Who will enforce it though?

About Vaidya R 29 Articles
Vaidya is an engineer working in Bangalore and tweets at @aydiav.
Twitter

Fed up by the callousness of the builder, residents of Umasree Dream World apartment complex protested on October 2. The builder did not provide the promised amenities, including RWH.

Bangaloreans are highly excited about the current World Cup. But how does the city itself fare in the game?

Reach for the stars at the Indian Institute of Astrophysics

As India celebrates National Science Day on Feb 28, we bring you a 3-part series focusing on three city-based institutes driving cutting edge research. In this first part, we look at the IIA.