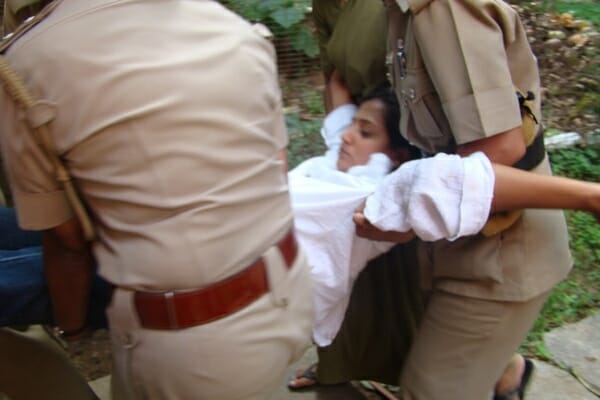 Police atrocities can be questioned once the Police Complaint Authority is completely functional. File pic.

The Police Complaint Authority (PCA) that existed only on papers for the past three years has now finally been formed. However, it doesn’t have punitive powers – it can only recommend action after an inquiry.

So technically you can complain to this agency if you face any sort of harassment from police officials.

One PCA  for the entire state

PCA chairman, justice M P Chinappa told Citizen Matters that the authority came into existence in July 2013, after the government passed the orders. He was appointed on September 2, 2013.

Justice Chinnappa adds that since so far no other office has been formed in Karnataka all complaints are being reported to the Bangalore office.

Not fully functional, no powers

However, so far the PCA has not held any inquiry against the police, based on the complaints. The reason: lack of infrastructure and staff strength. Chinnappa points that there are only three people working presently. The government is yet to appoint staff to the PCA. These three are outsourced staff. Appointment letter from the government has not been given to them so far.

The PCA has no power to fine or suspend guilty police personnel. Justice Chinnappa adds that the authority doesn’t have the powers to take action against the erring police official. The PCA will present the report to the government and recommend the action to be taken. The orders are to be issued by the government.

A member from civil society is also to be appointed to the PCA, which isn’t done so far.

PCA only on paper for three years

The Supreme Court had passed an order in 2006 and had directed all states to set up Police Complaint Authorities. However whether it was formed in Karnataka was not known to anyone.

In November 11, 2012, Bengaluru branch of civil society group India Against Corruption (IAC) had submitted a petition to the city Police Commissioner’s office, demanding setting up of a PCA. The then-Additional Commissioner of Police Suneel Kumar, who had accepted the petition, had said that PCA had not yet been formed.

Later a query by Citizen Matters found out that the Police Complaint Authority indeed exists  – but in half-formed state. The then-secretary of the Home Department Raghavendra Auradkar had confirmed that in December 2010, the state government passed an order (GO) sanctioning the formation of Police Complaints Authority (PCA) at the state and district levels.

In 2010, the government of Karnataka took steps to form the Police Complaint Authority. A government order issued in December 2010 stated that Chairman of the state PCA was the  retired HC Justice R J Babu, but the other members were not selected. For some reason, this wasn’t taken seriously by anyone in the government.

The order, a copy of which is with Citizen Matters, says that the state PCA should have –

The district PCA should have a Regional Commissioner of the Region as the Chairman, Retired civil service officer not below the rank of Joint Secretary to Government and a person from the civil society as members, and the Superintendent of Police in-charge of the district as ex-officio member and member Secretary.

What is the job of state PCA?

– a victim or person on his behalf

District Police Complaint Authority looks into complaints against police officials below the rank of Superintendent of Police.

How does PCA handle a case?

1. Noting the complaint sent either through post or filed personally

2. Going through in detail and deciding where the matter has to be referred to the SP, DG, IG, secretary, chief minister or anybody else.

3. Sending it to the concerned department for inquiry

4. Getting the report back from the department and verifying it.

5. Looking into the prima facie case.

6. Having an inquiry with both the parties (complainant and accused).

7. Taking a decision and sending the recommended action to the government.

A mad rush to remove tint on glass

There have been protests and even a petition online. Bangalore Police are pushing hard to help people remove film from their cars by 19th May.

Some HSR residents to hit the streets this Sunday, others worried

A government move to make HSR Layout vehicle-free for one day has been met with support and criticisms. What’s the big deal about Open Streets?