11-year-old Amita, a resident of Dega Enclave apartment in Koramangala in Bengaluru, was rushed to a doctor for developing severely high temperature soon after recovering from gastroenteritis. She was diagnosed with Typhoid.

After spending four days in St. John’s Hospital on drips, she has returned home on June 16th, and is likely to miss her school for another week. There were many other kids who fell sick in the same apartment of eight houses, but hers was the most severe case.

The culprit behind the case is supposed to be the contaminated water supplied through the Bangalore Water Supply and Sewerage Board (BWSSB) pipeline. 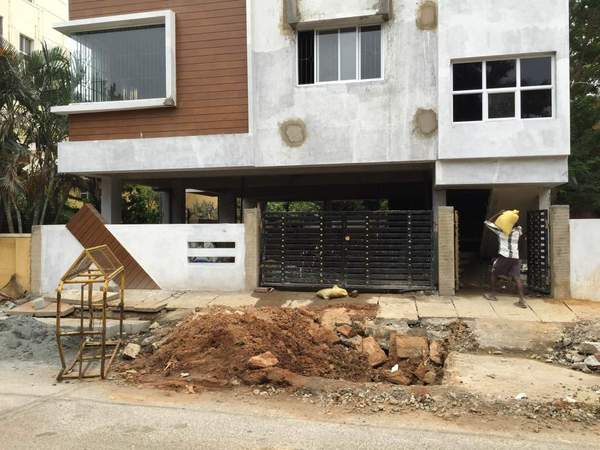 Vijaya Harish, a resident of the same apartment, says that a month ago, the residents observed the stench in the Cauvery water supplied by the BWSSB to this apartment. Assistant Executive Engineer of BWSSB in charge of Koramangala, Devaraju sent two men to their apartment then, who advised draining out 20 buckets of water to clear the pipes in case there was an accumulation of dirt.

However, even after this exercise, both the stench and the suspended particles in the water were just as noticeable as before. Later, after fixing two damages on a pipe on the road behind, Vijaya said, the BWSSB advised them to fix a tap on the water pipe before it reaches their tank, to verify if the water was clean. The residents drained out water from the tank and vacuum-cleaned it.

The water then, she said, was slightly better, though the stench was persistent. The BWSSB told the residents later that the sewage overflowing from their neighboring apartments that runs through the gutter in which the pipe bringing water to their apartment is laid, must be seeping in through a crack or a hole caused in the pipe due to corrosion.

Some BWSSB workers who spoke to Vikram Ponnappa, Amita’s father, attributed the problem to a possible damage to the pipe caused when the BWSSB dug the road for maintenance work earlier.

On filing a complaint on May 23rd and following it up with frequent visits to the BWSSB office, a hunt for the damage in the pipe had begun. “Once in a while, some BWSSB workers come and dig the concrete in search of the crack in the pipe, and abandon half dug-out roads and sidewalks,” Vijaya complains.

Disenchanted by this response by BWSSB, when Ponnappa called the BWSSB helpline to file a complaint on June 18th 2015, he was given the contact number of N Satish, Executive Engineer of BWSSB South east division.

Satish knew nothing about the situation in his area, Ponnappa said. “Koramangala BWSSB”, he claims, “have not informed their superiors, so no one knows that this area is affected.”

“I work in Indiranagar office. This issue in Koramangala was brought to my notice today when Vikram Ponnappa called. I sent my assistant engineer and inspector there immediately,” Satish told Citizen Matters.

To cut open the thick layer of concrete laid over these pipes, BWSSB arranged a compressor machine. “Because it is a concrete road we are unfortunately unable to pinpoint the exact location from where the water is seeping in. By trial and error we have determined approximately which joint might have given away. Once the concrete is cut open tomorrow, we will fix it,” he assured. However, if it is not a joint that has given away, but is a crack or a hole in the pipe through which the water is seeping in, the pipe has to be replaced. 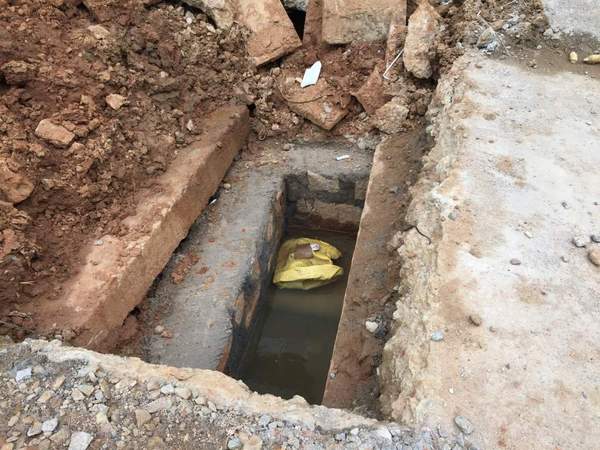 Amrita’s test report from the hospital obtained on June 18th 2015, has confirmed that Amita is suffering from Salmonella ParaTyphoid, which is a disease caused by contaminated water, says Vikram Ponnappa. “She did not drink that water. But before we had realised the water was contaminated, she had a bath. I think she must have contracted the disease then.”

Before contracting Salmonella Paratyphoid, Amrita also had gastroenteritis, which is typically a water-borne disease. For almost a month now, the water supply to this apartment has been stopped. “We have a borewell but unfortunately the water we get from it is very hard. So we used to complement it with Cauvery water.” For almost a month now, the residents have been buying water to drink and using borewell water for other household purposes.

Just for the poor: a trickle of water, that too contaminated
Key garbage plant unapproved, dumping spreading diseases
The disease no one knows, or cares about

This is the plot Sadananda Gowda owns

Though the plot has been much in the news, locating it wasn’t easy. Will the building be brought down?

Bengaluru awaits reforms, amidst the Yeddy vs Reddy turmoil

If Yeddyurappa government is keen on executing reforms for Bengaluru, within what is left of its term, it will need to get past the BJP’s stability concerns soon. Too much is at stake.

Are you a musician in search of a stage? Send in your applications to be a part of an international celebration of music.