Panathur, situated near Kadubeesanahalli area in East Bengaluru, despite being the bridge to Outer Ring Road and Varthur where many tech parks are located, has always been a disguised rich slum. For people who migrate to Bengaluru thinking that it is an IT hub, the dreams shatter on the very first day, when they see the traffic here. Many multi-million dollar companies have their offices in the vicinity and the place is home to many good apartments – “good” as long as the residents are inside. 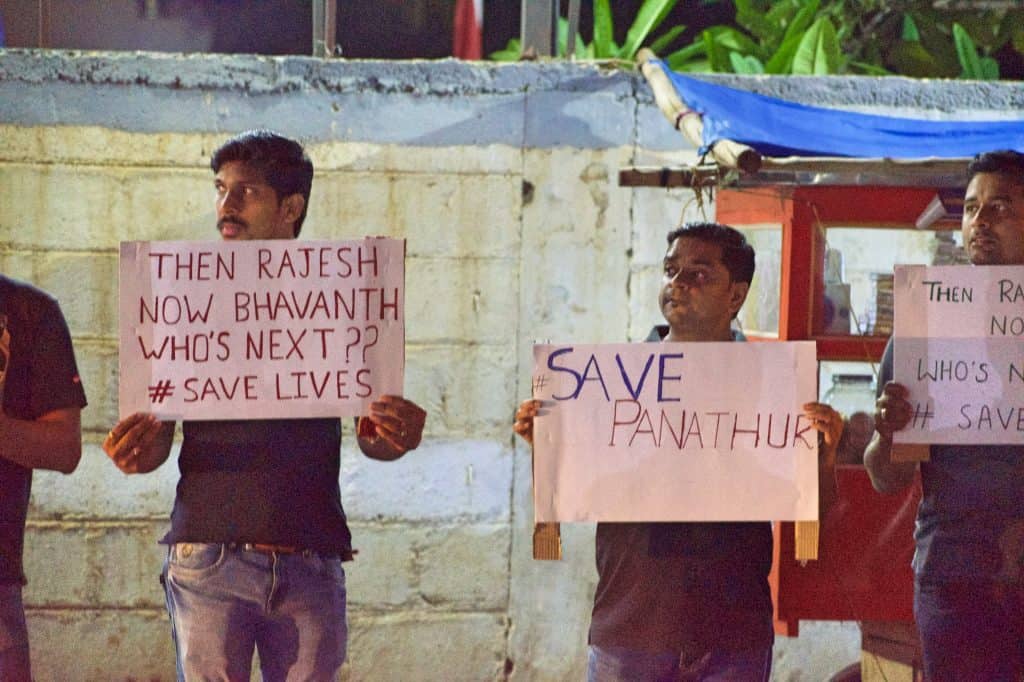 What does a usual day on Panathur road look like? Even on the weekends, the condition is exactly the same, probably because the road is too congested to accommodate the leisurely traffic that weekends offer. On the end of the road lies a bridge that allows only one side to commute at a time, the butterfly effect of which can be seen from the beginning of the road where vehicles begin to pile up, even before the sunrise sometimes.

Forget the width of the road for a few minutes. The condition of the road is terrible. Road is full of potholes and innumerable ups and downs. There are no street lights. The condition is usually the worst on rainy days. Combine all these complexities with the trash of garbage that lines up one after the other more than the street lights. Even a seasonal cyclist sometimes finds it difficult to balance between avoiding potholes, foul smell and traffic, all at the same time.

Consequences, you ask? Forget being late to office, frustration, lower energy levels, missing a friend’s cake cutting by a minute.. What could be more unfortunate than someone losing a life because of this chaos?

Panathur road has always been a spot for deadly accidents. On 3 January 2017, a 25-year-old techie died on Panathur Road after being collided head-on with a truck coming in the opposite direction. Recently, a 12-year-old boy was killed on the spot and his father was injured when a speeding water tanker knocked down their scooter and ran over the boy’s head.

A few google searches are enough, to reveal that the problem is not something new, if you are someone new moving into the Panathur area. With accidents happening frequently, the voices raised probably didn’t have the decibel level that our authorities could hear. There was a petition floated a year ago after one accident, but there again was an accident, in 2018, with no progressive steps in between.

Watching Panathur converting itself into a Bermuda triangle is not a good sight for its residents. Let us line up and voice our concerns, to a level that could break the silence of our officials sitting behind the soundproof glasses.

Save Panathur! Save lives!

In the offing: Plans to produce solar power in Bangalore homes

Homes fitted with solar panels can sell excess energy to Bescom. Interested citizens and Bescom are discussing how to go about it.

On 23d July, BBMP commissioned the fencing of around 15 acres of Byrasandra lake land in Jayanagar that was wrongly ‘sold’ in 2005 by a bank for debt recovery. Some encroachments are yet to be removed.