I was delighted to read yesterday’s newspaper report in The Times of India (Only 97 city high-rises have occupancy certificates) that said that your government would “take suitable action against builders who flout the building bye-laws”. As you have rightly said, those who have violated the laws need to be punished, but while this is being done, steps need to be taken to prevent this violation from happening in the first place.

It is distressing to note that “only 97 high-rise buildings in the city have obtained OCs between 2009 and 2014”. This means that there are hundreds of apartments in Bengaluru that are occupied without having been issued the occupancy certificate. This is done not without the knowledge of the BBMP because many of them pay property tax, and this is in total violation of Section 5.7 of the Bangalore Municipal Building Bye-laws, 2003, as below:
“No person shall occupy or allow any other person to occupy any new building or part of a new building for any purpose whatsoever until occupancy certificate to such buildings or part thereof has been granted by an officer authorised to give such certificate if in his opinion in every respect the building is completed according to the sanctioned plans and fit for the use for which it is erected. The Authority may in exceptional cases (after recording reasons) allow partial occupancy for different floors of a building.” 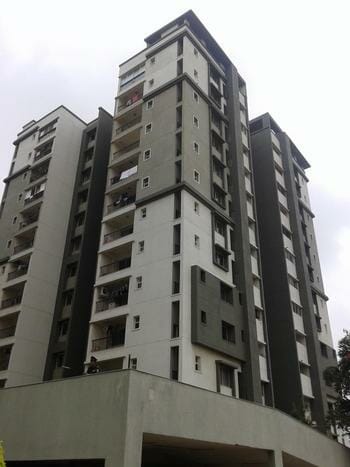 As you are aware, occupancy certificate for a building is like a “Pass Certificate” issued to a student. It means that the building is built as per the sanctioned plan and has all the mandatory infrastructure/ clearances that make it inhabitable. Without the occupancy certificate the building is technically unfit for occupation. Violation of the plan apart, the building could be unsafe to inhabit because of quality of construction, safety of stairs/ lifts, electrical safety, fire safety, airline safety, etc. and/or the building may not capable of fulfilling its mandatory role in managing its waste, sewage, water. Finally, it is the buyers of the apartments who are left fighting to save their homes.

I am writing to give you some suggestions on what the government can do to ensure that buyers are protected from unscrupulous builders and officials.

1. Ensure that BBMP/ BDA has regular inspections scheduled for every property, so that problems resulting from encroachments and foundations are caught right at the start.

2. Ensure that when a builder applies for sanction of a new building or layout, his previous projects are checked by the sanctioning authority. If he has been denied OC, no new project should receive sanction.

3. Ensure that when a builder applies for the OC, the statutory authority completes its inspection and issues a reply within the prescribed time frame, failing which penal action is taken against the officials, and the builder/ buyers are compensated for the delay.

4. Enforce Section 5.7 of Bangalore Municipal Building Bye-laws, 2003 by punishing builders who hand over possession of flats without OC.

5. Make OC mandatory before registration of flats. The Hyderabad Municipality, in Dec 2013 was considering this move, which would definitely be effective in controlling unauthorised constructions. In Mumbai, after the Campa Cola case, builders cannot allow buyers to occupy flats that do not have OC issued.

These steps will go a long way in preventing builders from violating the sanctioned plan. The main law is in place. A few policy changes will help eliminate building deviations and unscrupulous dealings and can make buying of flats a happy hassle-free experience rather than what it is today.

All that is needed is political will and I am sure that under your able leadership your government will take the steps that will make a huge difference to the city of Bengaluru.

Looking forward to a changed Bengaluru.

Garbage should be an election issue

Basic considerations to tackle the trash problem should include ward-level efforts, and making it an issue for upcoming assembly election.

Be careful of the water you drink

Water is the elixir of life. But according to World Health Organisation, nearly 1.8 million people die every year due to water-borne diseases.

Most victories won straight, with a bit of reverse swing

With independents and high-stature candidates from newer parties having not impacted the elections much, the verdict has gone the way assembly elections went in 2008.