The Bengaluru City Police don’t have authority to regulate traffic, drunk driving and speed on this private toll road. As a result of unchecked speed and not following regulations, there are deadly accidents every year on this road.

When asked to take action, the company asks the government to disapprove any kind of inspection from police, and removes speed limits set for the road.

And we are talking about NICE road, built by Nandi Infrastructure Corridor Enterprises (NICE).

Citizen Matters had published an article Top 10 acciden-prone places in Bengaluru based on the data collected from Bangalore Traffic Police. Electronic City traffic police limits came first in the list of fatal accidents. NICE Road that falls under this limits contributes its own share of fatal accidents every year. 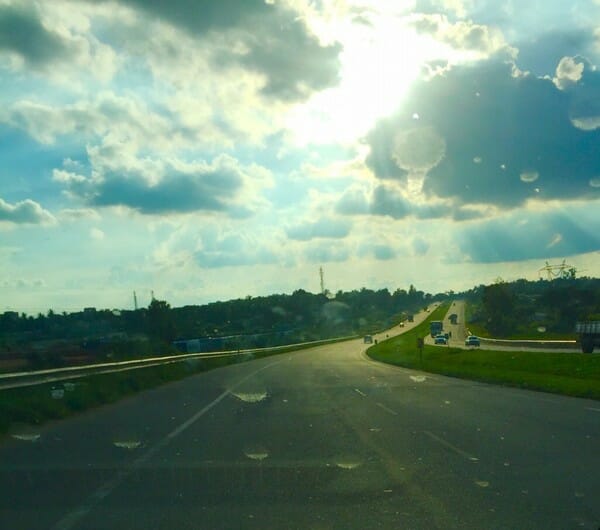 NICE Road has seen many deadly accidents and figures in the list of places where accidents take place regularly. Pic: Ankita Deb

In 2013, the portion of NICE Road that falls within Electronic City traffic police limits witnessed 21 accidents in which eight people lost their lives. In 2014, 12 accidents took place on the same road in which a person died and 11 people sustained injuries. In 2015, till November, NICE road has witnessed 11 accident cases in which five people have died and 28 people have sustained injuries.

Police say vehicles speeding without any limits on smooth surfaces, are what cause the accidents on NICE Road. The city police recently decided to conduct inspections of vehicles on the road, though the agreement between the Government of Karnataka and Nandi Infrastructure Corridor Enterprises does not permit any such interference by police.

In response, NICE authorities wrote a letter to the Bengaluru City Police Commissioner on October 8, 2015, requesting the city police to reconsider their decision to conduct “random inspection of vehicles” on NICE road.

The letter, a copy of which is available with Citizen Matters, explains why the police should not conduct random inspection. The letter says: “Under Bangalore-Mysore Infrastructure Corridor project design and development, it is absolutely critical that no vehicles stop on the right of way of the toll road, as it has serious safety and traffic flow implications for the public users.”

“Such random inspection of vehicles would be contrary to the commitments undertaken by the Government of Karnataka and also be detrimental to the development and operation of the Toll road not to forget the safety hazard to the road users as well as the lives of respected police officers who are manning such inspections,” the letter says, referring to a point in the agreement between NICE authorities and the Government of Karnataka.

No reply from NICE

When Citizen Matters approached NICE authorities, we were asked to put the questions in writing and mail it to them. However, NICE authorities did not respond to our two mails, even after waiting for months. Here are the last set of questions we sent to NICE management:

1. According to the agreement between NICE and Government of Karnataka, who is the authority to enforce traffic rules (over speeding, riding without helmet etc) and penalise traffic violators on NICE Road stretch? Is it the traffic police or NICE team?

2. What is the role of traffic police as far as NICE Road is concerned?

3. How many traffic rule violation cases has the private patrolling team filed on the stretch within Electronic City Traffic police limits, in last three years?

4. How many patrolling vehicles belonging to NICE are operating on NICE corridor?

5. How many CCTV cameras are installed on entire NICE corridor stretch? Where?

6. How many streetlights are functioning on NICE road?

7. We see vehicles parked on NICE roadside sometimes. Is it okay to park vehicles by the roadside on the NICE corridor?

8. Is it necessary to put barricades anywhere on NICE road? What about the stretches where most accidents take place – has there been any action taken?

The NICE authorities have also removed the sign boards projecting vehicle speed limit on the NICE Road stretch. Inspector Mohammad M A, Traffic Police Inspector of Electronic City Traffic Police Station, feels that people who drive on this road have no obligation to maintain the speed limit, which could be dangerous.

About 7-8 km stretch of NICE road comes under the jurisdiction of Electronic City Traffic Police station. “This road”, says the Inspector, “has the strangest rules I have ever known.”

“When there is an accident, we are called to move the wreckage, when there are people killed in accidents we are called to clear the dead bodies. But, we are not allowed to regulate the traffic or to penalise any offender on this road to prevent such accidents,” says Mohammad.

The agreement made between Nandi Infrastructure Corridor Enterprises (NICE) Limited and the Government of Karnataka in the year 2000 is the reason behind NICE establishing such rules. Point number 6.6 on page 36 of this agreement states:

No Barriers: In order to facilitate smooth flow of traffic on the Toll Road, GoK shall not, and shall not permit any other person, to impose or construct any barriers for purposes of charging or collecting octroi, sales, forest, excise, food or other tax, fee, levy, cess or conducting random inspection of vehicles.

But this provision of the agreement, says Mohammad, has been misinterpreted by the NICE authorities, who use it to stop the police from imposing penalty on over-speeding vehicles or people riding without helmets. “We don’t want to do any random checking there, but only penalise those who are violating the rules,” he says.

“When we try to enforce any rules here, the NICE patrolling vehicles show up on the scene and argue that we are not allowed to book cases on this private road, call up our higher officers and give false information about our activities here and get us into trouble,” he adds.

What exactly is wrong with NICE Road?

There are many reasons why the road sees many accidents, according to Mohammad. Some of them are:

All these have proved fatal for many commuters. Many cases registered in Electronic City Traffic Police station show that a vehicle veers from one lane, crosses the median and bounces on to the other lane, colliding with the oncoming vehicles there.

According to sources, several retired police officers are now part of the private security agency for NICE. It is the duty of NICE Road patrolling team to ensure that no vehicles are parked on the road, because the vehicles speeding behind are likely to hit the parked vehicles.

When it is necessary to park, the rules require barricades be put up for the purpose. However there are not sufficient barricades provided by NICE authorities. The entire stretch except the toll booths has no CCTV cameras.

“But all along the road, wherever there is shade, truckers park their lorries to play cards or have lunch or for other activities. We are not allowed to move them and enforce safety rules, the NICE patrolling team, who is in charge of maintaining safety also doesn’t do it,” the Inspector says.

The letter mentioned the above-said reasons that cause accident. It also pointed out the cases where NICE’s own patrolling vehicle, and in another case their own company car transporting their employees, crashed into a vehicle parked on the side of the road.

The sign board erected by the company on NICE road just after the Electronic City toll both limited the speed to 80 kmph on the right lane and 60 on the left. Inspector Mohammad, in his letter, asked NICE as to who is penalising the violators of this rule, and what the penalties are.

In another letter written on the same day, Mohammad complained to the NICE authorities about the inability to trace the registration number of vehicles involved in hit and run cases on the road, even those that happen during day time. He wrote about the vehicles parked on the roadside without putting up barricades behind causing many accidents; and about over-speeding and drunken driving.

He also sought to know whether NICE authorities can set up regular patrolling teams and interceptors to fine those violating speed limits, warning that if there isn’t, then no one will bother following the rules.

On November 17th 2015, after NICE wrote to the government, Inspector Mohammad wrote a response to the Additional Commissioner of Police (Traffic), clarifying that police are well-aware and well-trained on where to stop the rule violating vehicles. “As many as 8,348 cases of over speeding of vehicles have been booked under E-city Traffic police station limits this year alone. No accident or harm was caused in the process. Police also have the knowledge of NICE road,” the letter reads.

The letter also attributes the reason for accidents in NICE road on the failure of private patrolling teams in vacating vehicles parked by the road side. It also refers to an accident case (registered at E-city police station) of a mini bus belonging to NICE company, hitting a parked vehicle on the road.

Toll protest fizzles, but language sizzles
Road accident: What should you do?
Road traffic accidents: a preventable disease
Top 10 accident-prone places in Bengaluru
Locating an accident victim in Bangalore: Some lessons

Push for meaningful change by citizens only hope in Bengaluru

In the second write up in the series on the state of the city, Ashwin Mahesh writes about the positive and negative aspects related to Bengaluru’s governance.

How can policy and regulation help fix Bengaluru’s environment?

There are many laws that relate to greenery in Bengaluru, but they all need to talk the same language in order to actually protect greenery. Ambiguity in laws needs to be eliminated.