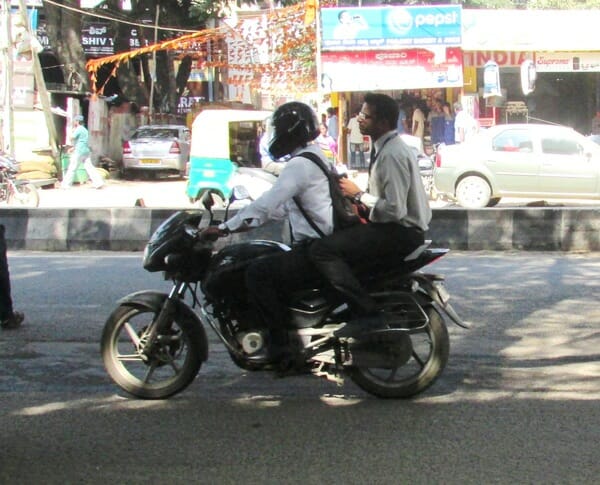 Finally helmets have become mandatory for two-wheeler pillion riders in Bengaluru. For all those who have been cribbing about the rule of helmet for pillion riders, there is no other go but to follow it, or face the music. The Transport department has decided to implement the new rule from today: January 12th.

However the enforcement may be a bit slower in order to give time for people to buy new helmets and get used to the rule. As you begin to embrace the new rule, here is all that you may want to know about it.

Why has the government made it mandatory for pillion riders to wear the helmet?

For two reasons. First, due to increasing number of deaths of pillion riders in road accidents. Second, because of the Supreme Court direction.

High Court of Karnataka had advised to make helmets for pillion riders compulsory in 2006 itself, following which the government appealed against it in the Supreme Court. After falling into cold storage, the rule has resurfaced recently.

The Supreme Court Committee for Road Safety had earlier instructed the State government to implement helmet rule for pillion riders. It said that two wheelers contribute to 30% of road accident deaths in Karnataka. The State government had issued a draft notification following the direction, on September 18th.

Sensing the delay, the Supreme Court in the last week of December, issued a written instruction to the State to implement the rule and set January 12th as the deadline. This is why the State had to act swiftly and issue the final notification on December 31st, making it mandatory for pillion riders to wear protective headgear.

What is the new rule about?

The new rule makes it mandatory for both the rider and pillion in two wheelers to wear a helmet, failing which traffic authorities can take action. So far, only riders had to compulsorily wear the helmet and pillion riders were exempted.

Has the same rule been implemented elsewhere, apart from Karnataka?

Has the Transport department given any grace period to implement the rule?

Though the government issued the final notification on December 31st, the rule was not implemented immediately. In fact, 12 days grace period was given and the rule is to be implemented starting from January 12th.

How strict will the implementation be?

According to Transport Department Public Relations Officer Premalatha, the rule will be implemented from January 12th, as it is the last day of the deadline given by the Supreme Court. However, enforcement might go a bit slower, to give riders enough time to buy new helmets, specially for children. The traffic police may excuse the rule violators for the first few weeks, till awareness is created.

On the first day, not many pillion riders were seen wearing helmets. However, Bangalore Traffic Police and Traffic Commissioner were spreading awareness messages on the rule, on social media. 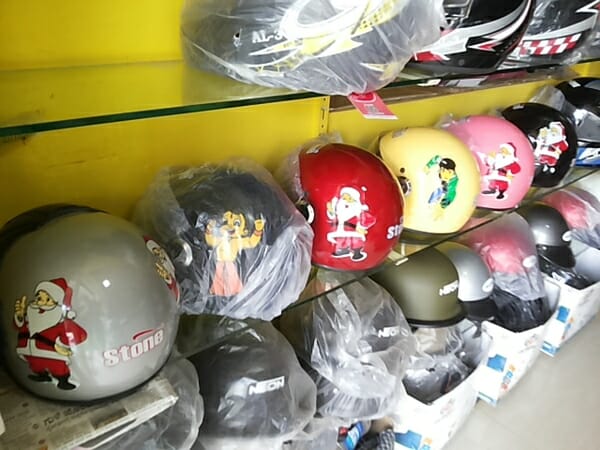 Colourful helmets are available for kids in the market, though most lack ISI certification. Pic: Shree D N

Is there an exemption for any pillion rider from the rule?

What kind of helmets one should wear? Can children wear cycle headgears instead of helmets?

Helmets should meet the specifications laid by the Indian Bureau of Standards (BIS). Even children should wear the helmets that meet these standards. Wearing headgears meant for riding cycles is not allowed.

It is advised to wear some helmet than not, even for children. Adult helmets do not fit children well, apart from being heavy for their head. Though colourful helmets are available for children, many of them are not certified by ISI. A shopkeeper near Sony World Signal, Koramangala, claims that there are ISI-certified helmets even for kids, but they cost more and are sold only on individual orders. 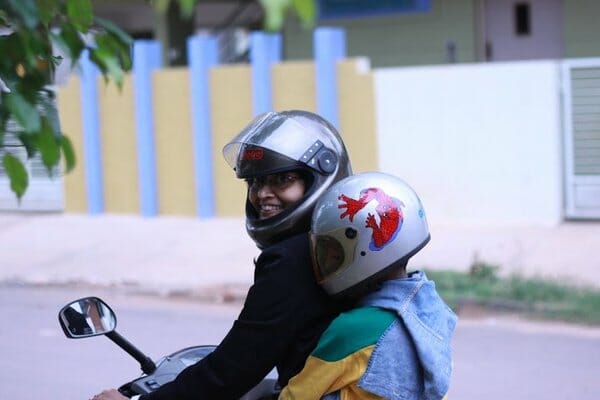 In an emergency situation, if the pillion rider does not have a helmet to wear, or when a lone woman prefers to be dropped in a two-wheeler at night, will it draw action?

There is no clarity on it. “So many such situations can happen. We can’t pinpoint and say it is an offence during an emergency situation. Things will come under control slowly and fall in line,” says Transport Department PRO.

What is the penalty for rule violators?

Where to store two helmets in a two-wheeler?

This is the practical problem which many people would face. In scooters, one helmet could be stored in the under-seat storage space, and another helmet could be locked to the two-wheeler. In bikes, both helmets could be secured using helmet locks (chain or wire locks). In Chennai, the High Court has instructed the government to make it mandatory for two wheeler manufacturers to add a new component called helmet lock in the scooter.

Do not drive a two-wheeler without helmets!
The helmet rule….
Who says helmets are compulsory?

Prepare for the ringing bells

With Christmas round the corner, below are some options for home made goodies.