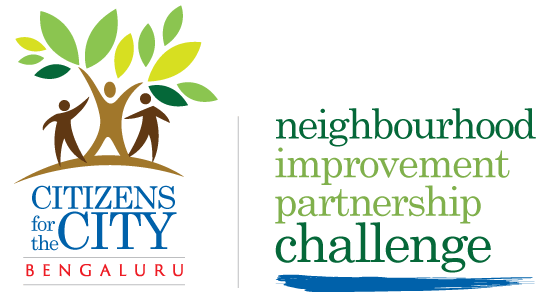 May 7th 2015 saw the launch of a unique initiative in Bangalore –  the Neighbourhood Improvement Partnership (NIP) Challenge. Rolled out by United Technologies Corporation (UTC), the challenge is the first of its kind in the country, and calls for a collaboration between citizens and public officials, to identify key civic challenges in their neighbourhoods, and voluntarily contribute time, energy and resources to tackle them. The challenge will be be rolled out by the Centre for Public Problem Solving (CPPS), a division of Imagine Bangalore with support from EMBARQ India. Organisations like BBMP and BPAC are also slated to be a part of it. The challenge is being funded by UTC through United Way of Bangalore.

What are citizens expected to do?

Citizens have been invited to share their proposals for civic improvement projects  for their local areas by June 25th. The proposals that are shared need to address commonly faced civic issues and must come under the ambit of one or more of the following categories.

A team of experts will help applicants improve upon their proposed projects. The winning projects will be selected by a team of jurists in August 2014. Winners will be chosen on the basis of replicability, implementability and innovation. The proposed projects must lead to an improved quality of life in the neighbourhood and should be executed within nine months.

The projects will then be implemented in the respective neighbourhoods, in collaboration with the public offices who are responsible for the civic facilities and services in the area, between September 2015 and June 2016.

The winning projects will stand to share the Citizens for the City grant of Rs 1 crore, where each projects is eligible to receive a maximum  of Rs 15 lakh.

Who is eligible to take part?

The challenge is open to all registered Resident Welfare Associations, Apartment Associations and Gated Community Societies. Community-based organisations and NGOs working with specific underprivileged groups, in Bengaluru for a period of two years can also apply. All participating RWAs have to be registered under the Karnataka Societies Registration Act. Those that are not registered under the Act can participate in collaboration with a neighbouring RWA. Each association can send in a maxmum of two entries for the challenge.

For more details on the NIP challenge, visit www.citizensforthecity.in.  You can also reach the team through mail or by calling them on 90660 21530.

Construction is expected to resume soon, as the land acquisition is complete. However, people who lost land to the flyover are yet to receive compensation.