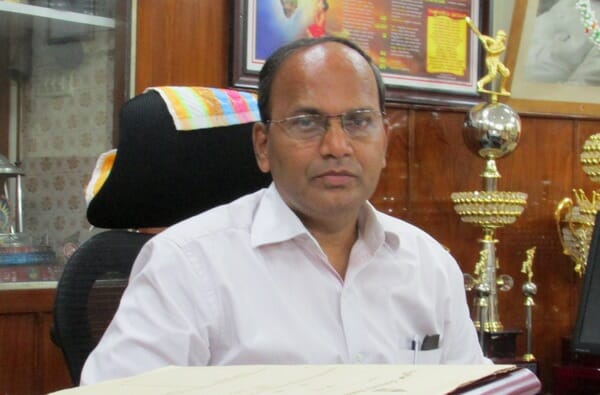 It has been only two months since senior IAS officer T M Vijay Bhaskar assumed charge as the Administrator of Bruhat Bengaluru Mahanagara Palike (BBMP). With the announcement of calendar of events for BBMP election and the council likely to be formed in a month, there is very less time left for the Administrator to prove his mettle.

In an interview with Citizen Matters, Administrator T M Vijay Bhaskar shares his experience and the initiatives taken up during his tenure, challenges faced by BBMP and solutions to the impending problems.

What were the major challenges before you when you assumed charge as the Administrator of BBMP?

Having been born and brought up in Bengaluru, I know the city and its problems quite well. When I took charge as the Administrator to serve the city, the major challenge before me was to bring some element of financial discipline in the BBMP which is debt-ridden and has a highly inflated budget. I had to bring expenditure of the Palike under control.

What is the current financial status of BBMP? Where has the Palike gone wrong in its budget planning every year? Often, the budget is blamed of being unrealistic.

Yes, the BBMP has had a highly inflated budget. When I say highly inflated it implies, expenditure of the city is on the rise and we have fallen short of revenue collection. As on today, Rs 2,600 crore is to be paid to the contractors for completed works and Rs 1,600 crore is to be paid for ongoing works. In addition, we have to repay loans amounting Rs 3,000 crore availed from various banks.

With the Rs 5,000 crore liability we have, we will not be able to take up any new development works in the city this financial year, using BBMP revenue. In fact, with this budget, we can only do essential maintenance of the completed work and to the extent that we have some more money, we can pay the pending bills. We will be able to take up new development works only through State and Central government funds.

What measures have you taken to tackle the financial instability?

We have revised the budget with a realistic figure. I formed a committee of retired officers and reworked on the budget. Elected body of the BBMP had presented a budget with an outlay of Rs 7,110 crore in which receipts were inflated. We planned a revised budget by cutting down our expenditure according to the revenue. The inflated revenue figure too has been modified and the revised budget outlay is of Rs 5,411 crore.

The State government has approved the revised budget and the copy will be available to the public within two days. We have also frozen civic works worth Rs 1,875 crore to avoid additional burden.

Financial resources in Bengaluru are considerably less when compared to a city like Mumbai. How can this be addressed?

In Mumbai, Octroi accounts for the highest revenue share, followed by receipts from development plans, whereas BBMP does not collect Octroi charges. At present, the development plan charge collected in BBMP is Rs 400 crore. Fee collected is less in Bengaluru due to some of the zoning regulations.

We have sent a proposal to the government 10 days ago, to revise the development plan charges, which if approved, will help us get more revenue. And unlike in Mumbai, we are paying interest for loans, where as Mumbai Corporation is earning interest through fixed deposits.

As the council is likely to be formed in a month making way for the regular administration system, how do you think your initiatives will sustain in the long run?

Firstly, we have brought in some discipline in the budget and even the government has approved it. I hope that realistic budget will be prepared on the similar lines in future too. Secondly, we have modified the system of payments to contractors. We have tried to bring in a system where there is scrutiny by external monitoring team and document verification by Technical Vigilance Cell Under Commissioner (TVCC). Payment is done only after the documents are scrutinised and verified by the Cell. This too, I hope will continue and lead to better quality works in the future.

Were there instances of lack of documents during TVCC verification?

Yes. In many cases, during verification, required documentation was not found and there were gaps in the documents. In such cases, payment has been delayed till the contractor produces the required documents. But, we have also given some flexibility and have relaxed some conditions this time because these are two-year-old works. Most of the officers who sanctioned and supervised the works have either retired or have been transferred. Getting them to certify the works will be difficult. So we have relaxed some conditions.

The existing contract system is good as it is based on e-procurement. But, the payment system was in shambles, mainly because we had an unrealistic budget and huge pending bills. Property tax and other taxes have not been revised for last seven to eight years, even as the expenditure has increased. Sufficient attention has not been given in the BBMP to bring revenue and to control excess expenditure.

What have you done to bring in transparency in the administration?

In order to bring in transparency, we have uploaded details about pending bills and newly approved works in the BBMP website. We have also displayed attendance details of the BBMP staff. Attendance details can be checked by public to know which officer is working and who is on leave.

Solid waste management issue continues to bother Bengaluru. What has been done to tackle the issue? Public are under the impression that all the assurances including establishment of new waste processing units are only in papers.

Bengaluru is the fastest growing city and has the highest per capita income. Due to these two factors, the output of garbage is increasing tremendously and we are unable to cope with the situation. On the contrary, we are all working based on 2011 estimation of garbage, despite a rise in population by 15-20 per cent in last five years. To that extent, the civic workers, vehicles which were originally estimated are not adequate.

However, to improve the situation, six additional waste processing units have been established. These units are owned by BBMP, but management has been outsourced. We are hopeful that within a month, two units will start functioning and the remaining four units are expected to operate within four months. The six units will have the capacity to handle 2,300 tonnes of waste everyday.

That apart, we have called for fresh tenders for garbage collection and transportation of 35 wards. Tenders were called on Wednesday, after doing scientific estimation of garbage based on the current requirement. Fresh estimation is done for remaining wards too.

Yes. Villagers protested against the deficiency in Terra Firma. Recently, we had a meeting with Terra Firma in which we have asked them to improve the processing, at least to the extent they are capable of. We are sending them 1,200 tonnes of waste as against their capacity of handling 600 tonnes. We expect them to process at least 600 tonnes, but we are doubtful about them processing so much.

MSGP’s capacity is to handle 500 tonnes of waste, as against 650 tonnes that is sent by the BBMP. They are not processing even 500 tonnes properly. We have informed them the processing is not satisfactory. We have to find out what both the units are up to. There is a plan to introduce a monitoring mechanism at these waste processing units.

What are the challenges that you faced in last two months? Were you under pressure as you had a huge task at hand and less time?

My period of disposal was very limited. There was uncertainty from the beginning. Yet, I wanted to do as much as possible within the given time.

There is a general opinion that governance was more efficient during the Administrator’s rule. Meanwhile, there is also an argument that the Chief Minister fielded you to gain brownie points pre-polls. How do you see it?

You were the Additional Chief Secretary of Rural Development and Panchayat Raj (RDPR) before taking charge as the Administrator. What difference did you see in rural governance and urban governance?

The Administrator also answered two selected questions from our readers.

Why not penalise those violating Solid Waste Management Rules? (Question by Rakesh Singh)

We are doing it. We are penalising shops, commercial establishments, apartment complexes etc. This way, we hope that we can regulate violations and bring awareness. We have to take up IEC (Information-Education-Communication) activity according to High Court directive.

What are your three major accomplishments during the tenure as Administrator? (Question by Sam Raman)

My first accomplishment is to bring in some financial discipline in BBMP. Secondly, involving officials in field work related to garbage disposal, park and street light maintenance and thirdly, initiating transparency in payment of contractors’ bills.

Will Bengaluru get litter bins?

Garbage bins vanished from city roads in 2000. But the Zero Garbage policy never really took off. BBMP now has new plans to make this work, even as citizens’ groups are successfully cleaning up up parts of the city.

Delimitation of BBMP wards before the council polls next year, High Court directs state government to give details on noise pollution control, no consensus in BBMP about having separate contractors for wet and dry waste collection – here is a roundup of news in Bengaluru this week