INTACH Bangalore Chapter has organised a talk on ‘MUZIRIS: The story and science of excavating an ancient port city’, by Dr PJ Cherian. This will be held at The Bohemian House, (in the Woodlands Hotel Campus), Raja Ram Mohan Roy Road, Richmond Circle, Bangalore, on Friday, 14th December, 2018, 7 pm.

With the Kochi Muziris Biennale opening on December 12th, it’s time to find out all about Muziris! Archaeological excavations at Pattanam, near Kochi, have shown that it was likely the famed ancient port city known as Muziris to the Greeks and Romans and called Muciri Pattinam in classical Tamil was a part of an extensive maritime network linking the Indian Ocean with China, the Red Sea, the Nile and the Mediterranean Sea, over 2000 years ago.

The excavations have revealed the transoceanic contacts of Tamilakam (3rd century BCE to 5th century CE) which extended from South China to Spain. Dr Cherian will also touch upon the possible role of civil society in this scientific endeavour.

Dr PJ Cherian is Director, PAMA, Institute for the Advancement of Transdisciplinary Archaeological Sciences. He was formerly Director, Kerala Council for Historical Research, in hich position he had steered the excavations in Pattanam.

The event is free and open to all. For more details, please see the poster. 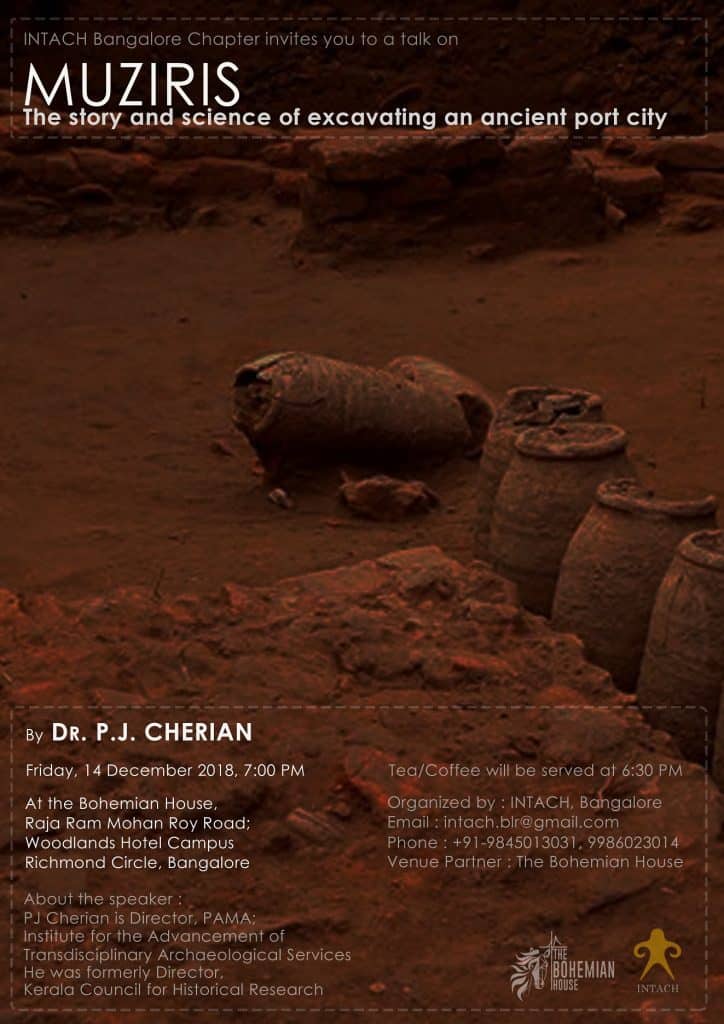 Implementing street vendor bill needs street vendor survey to be completed. What are the problems hindering the survey? How to address them?