Getting hold of a bottle of acid is not impossible, in Bangalore, but difficult – unless you have local contacts  – this what I found when I went hunting for acid on City streets a week before the Centre submitted the regulations on sale of acid to Supreme Court. My hunt started yielding results when I reached B V K Iyengar road and its surrounding areas.

After searching in places like Ebrahim Street, J C Road and even petty jewelery shops and battery shops who use acid to clean jewels and batteries, I approached a shop on Hospital Road, near BVK Iyengar Road. I asked the shopkeeper if I could get a litre of acid. He told me, “We do not sell toilet cleaning acid. We only sell industrial acid. If you want one, go down the road – there is a shop.” 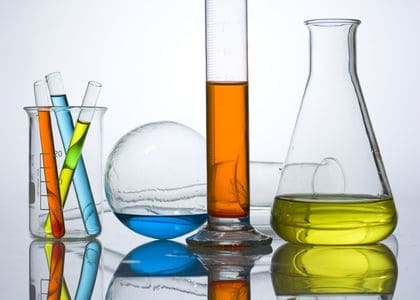 Following his directions, I headed out in search for the shop. I did not find the address he told me, but found another shop. The shop had only toilet cleaner acids. A bottle of mild acid is Rs 20; the strong one is Rs 30. When I asked her the difference between both and how strong was the strong one, she said, it will cause skin irritations and burning sensation. One has to use a toilet brush to clean the toilet.

When I enquired where I could buy strong acids, I was directed to another shop, on Rangaswamy Temple street. I approached the most recommended and popular shop in that area for acid sales, Mehta Sons.

Strong procedures to get strong acid

The owner, Mahinder Kumar Singh asked me the purpose and the quantity. He said if it was for retail and personal experiments, it is not available. But if it is for laboratory and industrial purpose, then you need to get an official letterhead with an authorised signature from the college head. “If it is for industrial purpose, you will have to give me the TIN number and industrial request letter. You will also have to give me a copy of your identity card,”

When I asked him why so many formalities, he explained: “Sale of acid in retail is prohibited and the police is also strict. But if you want a bottle of acid, you will have to give us the name and purpose. There have been so many acid attacks that the police has become very strict and we are also worried of people’s safety.”

I then decided to head towards Khilari Road and met another known acid dealer, Ramesh, who heads Paramount Chemicals. He too said that they do not sell strong acids and do not do retail business.

Acid to be treated as poison

According to the Centre’s briefing to the Supreme Court, with regard to the measures on the sales of acid, the chemical will not be sold to those below 18 years of age and not having a proper identity proof. Other highlights are:

Not satisfied with the result of my hunt, I went searching further into the lanes of Cottonpet. There I came across a petty acid sales shop. When I asked him for a bottle of strong acid, he asked me the purpose. I told him I wanted it for personal laboratory purpose. He said, “I can give you a bottle of Hydrochloric acid by afternoon, but it will cost you Rs 30. But it should be strictly for testing only.”

‘Give me money, I’ll give you acid’

I agreed and told him that I will come back later. Just when I was leaving, one of his salesman approached me stealthily and told me that if I knew somebody and had some money to pay, then I could get hold of acid. But when I told him that I was told to bring a letterhead and there were a list of other formalities, he said, “it is not difficult to get a college letterhead. Or else you could ask a science student who could get it out from the lab.”

I was baffled. But following his instructions and with the help of a local friend, I reached a shop. The dealer asked me if I had money and could wait for a day. I agreed.

He told me that I will have to give his Rs 1,200 for 10 ml of Hydrogen Sulphuric Acid. But I will get it only the next day. But if I immediately wanted it, I will have to go a slum in Shivajinagar and meet a person who will charge an exorbitant sum (over Rs 3,000) but will get it by the evening.

I found out that all one needs is money and local contacts to buy acid without any authorisation or certification for any purpose. With the existing regulations, buying acid is difficult, but not impossible.

What does police say?

Additional Commissioner of Police (law and order), Kamal Panth, says: Earlier acids were sold, but when accidents started to occur, we became strict and enforced rules on sales. Dealers and sellers were told that sales should be made only to laboratories for testing and to industries for industrial purposes only.

“If the Supreme Court has given the orders it is a law and should be followed. No retail sales of acids can take place. No matter who is approaching for what, except for industrial and laboratory purposes,” he adds.

He requests people to bring any illegal sales to the notice of police. He assures to take strict action against the offenders. He points that it is illegal to sell acids without verifying the purpose, company (including educational institutions) details, request and authorisation letters and identity proof. But toilet cleaners are mild and diluted acids. They mean no harm, so selling one or two bottles is not banned, but sale of other strong acids is prohibited.

“Just like drives were conducted on Gutka sellers, if necessary, a drive will also be done to put an end to illegal acid sales. Licence of the offenders will be seized and their unit will be shut down, if they are found selling acids in retail,” Panth asserts.

Do fill this survey and spread the word! We’d like to know what Bengaluru feels about the big Bengaluru battle that will be on very soon!

Unlike in its heydays, Kolar is now a quiet town. But the goldfields, old forts and temples take you back to the past and make a great weekend trip option!

Bangalureans need to have the survey number, village, hobli and taluk as found in the registration document to be able to use this portal.