Stop talking. Start doing. That’s the mantra more and more citizens in Bengaluru are adopting these days. The fever has now spread to corporates too. The new initiative launched on Independence Day, Adopt-a-Mile, aims to drive the cynicism towards government, into a movement of bringing in change.

“I used to come to Bangalore during my summer vacation. The city was so beautiful then, but today, it has lost its beauty. We want to give back our city its beauty,” says Ananth Ramachandran, an executive working with a technology firm. The movement, started by five such people from different companies, will involve corporates who will take the responsibility of beautifying and maintaining a part of the road within the city, using their money meant to be spent on corporate social responsibility.

Ramachandran explains that a Memorandum of Understanding (MoU) will be signed between the corporates and the BBMP, underlining the work that the company will need to take up over two years.

BBMP’s role in this will be that of facilitator. They will aid the companies with the permissions and the expertise that the company will need to maintain the adopted roads.The company will be responsible for its cleanliness and sanitation, safety, beautification, convenience and information kiosks.

The company can take up the work on their own, or outsource it. BBMP will not have any monetary share in this. Companies will directly make the payment for the work done, by their agencies.

The companies can engage their employees in this work as a part of their corporate social responsibility (CSR). Ramachandran said, “Every corporate company gives their employees three to five days to involve in CSR activities that they like. Therefore they can pool their employees for the particular road work.” Simple works like painting the footpath kerbs or walls, repairing footpath etc will be done in this manner.

The bigger works like building of roads, filling up of potholes or repairing damaged drainage pipes etc. shall be looked into by the specific nodal agencies only, like BBMP, BWSSB etc. In this case, if the company finds any potholes or overflowing drainage, they will have to ensure that the BBMP or BWSSB takes up the work, and follow it up till the work gets over.

“Adopt-a-mile initiative doesn’t restrict the company to a mile, depending on their capacity, they can even adopt only 300 meters,” says B S Satyanarayana, BBMP Mayor.

Once the work is outsourced, it is always easy to shove away the responsibility. Hence to ensure the work is done diligently, a third party audit will be done on quarterly basis, every year.

The auditors will involve citizens from different groups senior citizens, BBMP officials, retired government officials etc. The audit report will check the status of the road and mark them accordingly.

At present, the initiative lacks the mechanism to fine the companies, if they fail to maintain the road. “This aspect is yet to be worked on,” said Ramachandran. However, he feels the biggest penalty for them would be losing the road’s contract for maintenance.

Ramachandran says the entire process will be transparent. “All the records of the company with respect to the road that it adopts like MoU, the status of the work will be uploaded on website. There will be complete transparency.”

Once the companies are empanelled and adoption of the roads is done, an orientation programme will be held to introduce the companies with the different government departments and their officials responsible for various works like horticulture, traffic, water, drainage etc.

Dealing with government officials generally is not an easy job. To make this hassle-free, Ramachandran and his friends are planning to set up a help desk that will aid the companies to lodge their  complaints, get to know the status of the work etc. “All the necessary information will be available at the help desk. We shall set up a token system to facilitate the work. We asked BBMP to assign two officials for this purpose, we shall provide space, computer and also salary for the two,” he explains.

“Two months ago, we thought it will take years to convince BBMP and corporates but when we walked into the BBMP office, they welcomed the idea immediately,” he adds. 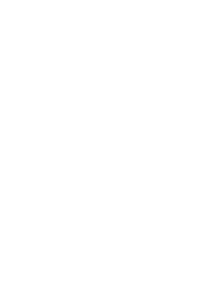 Scheme to fall under NBNK

BBMP had already initiated Namma Bengaluru Nanna Koduge (Our Bengaluru, My Contribution) where corporates were invited to take up maintenance of lakes, schools, hospitals, roads, sky walks etc. This will give advertising rights to the sponsor. ‘Adopt-a-Mile’ initiative has now become part of a partnership with the Bruhat Bengaluru Mahanagara Palike (BBMP) under the ‘Namma Bengaluru, Nanna Koduge’ initiative.

At present, 10 companies have stepped forward to adopt roads. They are in negotiation with BBMP. Many companies are willing to build skywalks with elevators, but it requires changes in the law, as CSR doesn’t involve taking up construction of skywalks.

Ramachandran acknowledges the contribution of various employees from different companies because of whom the initiative has become a movement. He said he receives many calls from the people of other cities asking whether they can implement this in their city. “We are happy to share our experience with everyone,” he adds.

What will happen to street vendors?

“District Municipal Administration is in the process of framing the rules. All the stakeholders will have a say in the project. Footpath should be used in judicious way. Wherever there are narrow footpaths, street vendors should be avoided, to let people walk freely,” he adds.

“We don’t want to uproot them from their livelihood. They are integral part of our system. If we give them space of the street to put their stall, they should ensure that street surrounding him/her is clean. They can act as a watchdog,” says Ramachandran.

He, however, clarifies that they have not concentrated on this much. “We will talk about this with BBMP. But as far as encroachment is concerned, we are not the enforcing agency. BBMP will themselves look into this matter whether they are encroaching the footpath or not,” he adds.

What’s in it for the companies?

“The companies will get to advertise themselves on that stretch of the road. They can put welcome boards with their names. Apart from this, a milestone award for the best mile of the year will be given,” Ramachandran says.

BBMP has already selected 200 roads to take up for this project. These roads have been chosen cautiously, only after making sure that these roads will not be dug or widened in the next two years. Also, the roads that will be used for constructing Metro will not be taken up, clarifies Ramachandran.

On Independence day, Adopt-a-Mile programme was launched on MG Road. A model mile was designed from Trinity Church to the Metro station with 300 volunteers, including employees of a few companies, members of the Ugly Indians, Rotary Club members, Members of Forum for Ignited minds etc.

The road was cleaned up, ugly spots were fixed, graffiti and posters were removed from walls and Metro pillars, public service sign boards were installed, flower pots were planted on medians etc. The changed stretch on MG Road will act as a model for all other such roads.

The Railways is also interested in partnering with Adopt-a-Mile concept, so expect some changes soon in the way the City Railway station at Majestic is being maintained.

For any queries on Adopt-a-mile, Ananth Ramachandran is reachable on 9886663047 or email, adoptamile.bengaluru@gmail.com. You can also check adoptamile.in.

The Bangalore Underground Project: Dance, sing, paint – right under K R Circle!
The Ugly Indian story: The spot-fixing!
Being The Ugly Indian: It’s all about fixing whatever we can
A guide to taking charge of your neighbourhood – The Ugly Indian way

If you are a voter from JP Nagar, here’s all the information that is relevant to your ward – candidate info, infrastructure details, outstanding bills and more.

“We who clean the streets of Bangalore are paid Rs 2000”

An open letter from Pourakarmikas, who ask: how do we live on Rs 2000 in a city like Bangalore? How can we take care of housing, health, food and our children’s education?