The garbage time bomb that Bengaluru was sitting on has exploded again. The villagers in Mandur near Bangalore, who had agreed to tolerate the mess for an year, have started protesting as they did not see any concrete action taking place to clear the mountain of garbage in Mandur. Starting the night of May 31, 2014, no waste is being allowed to be dumped in Mandur by the villagers, until further negotiations solve the problem temporarily.

Besides, Karnataka State Pollution Control Board (KSPCB) has proposed the closure of Mandur waste disposal unit, following the failure of BBMP to comply with the Municipal Soild Waste Management Rules meant to promote responsible and scientific disposal of the waste produced in Bengaluru. 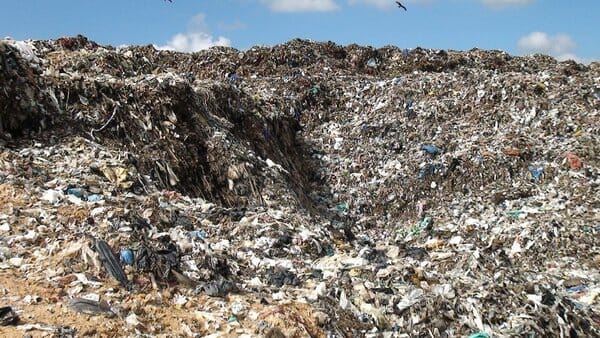 A letter dated May 27th, written by KSPCB to BBMP mentions the following points:

In this regard, KSPCB, acting under environment protection act – 1986, has proposed to direct Urban Development Department to initiate proceedings against BBMP officials responsible for noncompliance. KSPCB has also proposed to shut down the waste disposal unit at Mandur, and to initiate action against BBMP for polluting water. The letter from KSPCB seeks a response from BBMP within 15 days after which formal actions will be initiated.

Here’s how you can escape the garbage crisis and not contribute to landfill:

Villagers not to allow dumping

M A Sridhar, a resident of Mandur, says that the villagers can’t live there anymore. The villagers residing near Mandur will protest from today for an indefinite period of time, aiming to stop the incessant dumping of garbage by 400-500 trucks every day.

In 2012, during the last few days of former Chief Minister Jagadish Shettar’s term, pourakarmikas went on strike for nonpayment of salary, while the villagers near two landfill sites in Mandur and Mavallipura agitated against the huge pile accumulating. This choked Bengaluru and the city was flooded with garbage. Now, with the villagers deciding to go on indefinite strike, the scenes from 2012 are threatening to repeat in Bengaluru.

Sridhar says the agreement then signed by Shettar with Mandur villagers gave an year’s time to BBMP, to clear the heap of waste from Mandur and to move the dumping site to some other location.

The agreement got terminated on May 31 2014, claimed Sridhar. He said, “We have given them enough time to clear the waste, but they didn’t do anything. Now we won’t allow the dumping of garbage here.”

Nearly 4000 people live in the 15 villages near Mandur. Everyday around 400 trucks dump unsegregated garbage in the landfill. The garbage mountain is growing taller than Himalaya mountains, said Sridhar.

He complained that the along with air pollution the quality of water is becoming worse. “Our children are suffering from skin disease. Two men from the village are admitted for pneumonia at Mathikere, M S Ramaiah Hospital and St. John Hospital,” he explained.

“There is a nexus between the BBMP officials and garbage contractors. They make huge business out of this. But what about us?” he questioned.

“Bangalore should stop dumping their waste in our village. We don’t want any other facilities from the government, just stop this dumping activity. The stench is polluting the air so much that many of us are falling ill and children are suffering from skin diseases. Our relatives have also stopped visiting us,” he said.

“We will protest till the government listens to us. Even if we have to go to jail, we are ready for it,” Sridhar declared.

On KSPCB’s order, dumping of garbage at Mavallipura was disallowed, but it continued at Mandur. Bangalore’s garbage was transported to two places: Mandur and Karnataka Compost Development Corporation (KCDC).

The wet waste processing unit at the KCDC has stopped accepting waste on the demand of Bommanahalli MLA Satish Reddy and the residents living near KCDC. (Read to know more)

Venkatesh, Solid Waste Management Chief Engineer of BBMP, said, “KCDC has been closed on temporary basis till they clear the waste piled up in their campus. BBMP Commissioner is negotiating with Bommanahalli MLA Satish Reddy and the residents living near KCDC.”

Venkatesh refrained from commenting on what plan does BBMP have. When asked about the issue, BBMP Commissioner Lakshmi Narayana told Citizen Matters: “Nothing is going to happen, no one is going on any strike. You should not assume things. We are dumping waste on our own land, who is going to stop us? Waste will be gone to Mandur and KCDC only.”

District Minister plunges in to action

Bangalore District In-charge Minister Ramalinga Reddy presided over a meeting held between Mahadevpura MLA Arvind Limbavali and Srinivas Gowda, a representatives of Mandur who had threatened to protest.

Ramalinga Reddy told Citizen Matters: “Both of them (Limbavali and Srinivas Gowda) wanted to stop the dumping of garbage in Mandur. We convinced them to give us time about a year, till four bio-methanisation projects on hand start functioning. We will definitely stop the waste from dumping in Mandur once the plant starts. Not only stop, we will completely clean the area and make it liveable.”

He added, “Till tonight, the garbage will be dumped at Mandur only. Tomorrow once the protest starts, Mayor, Commissioner and myself will go there and convince the villagers for some time.”

When asked about the KSPCB sending a show cause notice to BBMP officials, he said, “The Pollution Control Board is right in taking such action. However, we need time to rectify it.”

KSPCB orders Mavallipura landfill to shut down, blame game begins
From Mandur with a message – no more dumping
‘Dumping Saaku’ walk from Mandur to Bengaluru on Saturday

It’s time for property tax payments for 2010-11. Step by Step guide to pay at the centres or online.

By 2016, you can travel from Domlur to Hosur Road in 30 minutes! How? An elevated road of 2.4 km will come up from Ejipura Junction to Koramangala Water tank.

Healthy lakes have always been critical for happy ground water levels. A recent report authored by Bangalorean specialists exposes a deteriorating situation and shows how the lakes must restored.