The educational system in India is broken. Of course there are a few good schools, but the majority of our population is going through Government schools that have been proven to be inadequate, due to many reasons such as teacher absenteeism, wrote-learning sufficiency, lack of accountability, etc. (see James Tooley’s research compiled in a book called The Beautiful Tree).

Most of those forced to use the Government schools are in the Indian villages, where no alternatives are available. This rural population forms a majority of our population and it is disheartening and disturbing to see that majority Indian youth are forced through sub-standard learning.

The beginnings of the ‘makerspace’

I started Project DEFY in 2014, in a small village called Banjarapalya in the southern outskirts of Bengaluru. I began with a small space and a few laptops and a good internet connection, having the local children come and play games. Together with the children, we started putting in some old broken things that the children collected from their homes, some electronic components and a few hand tools; slowly turning it into a makerspace, building little robots and artsy things. Eventually even older people started joining us. 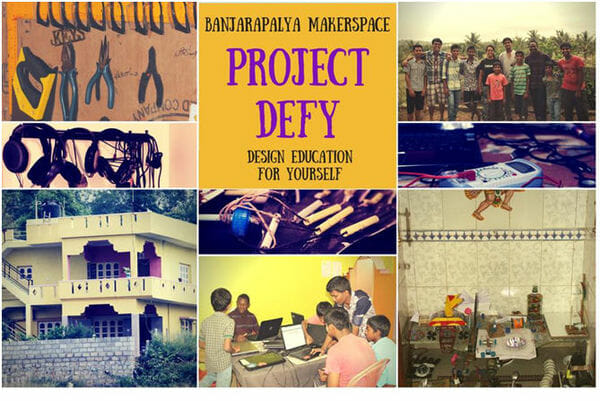 And in the past one year, we have had over a 100 participants, ranging in age from seven to 55, from local, and a few surrounding, villages. All of these participants have been using the space to learn out of interest, on their own time, in a completely customised way of learning.

The space works in a rather simple way. We begin with introducing the participants to the internet as a book of interesting projects that can be found on different websites such as instructables, makezine etc., incrementally increasing the number of choices one is presented with, until finally everyone is free and open on the Internet, among millions of choices and capable of making these choices without getting lost. Soon participants develop certain interests, and start finding their own direction, wherein they are able to find projects and initially copy them; then modifying them, until eventually they are developing more of their own ideas than what they see on the Internet. At this point, the internet is just a reference for bridging the knowledge gaps that may exist in the peer-group learning at the space. 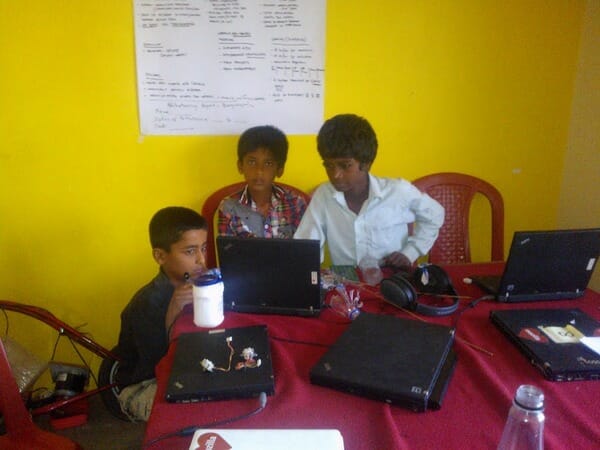 The space leverages two types of knowledge sources – Internal/community (participants of the space, as a peer-group sharing ideas) and External/global (from the internet and the larger global community that are not physically close). This mix of internal and external knowledge creates a wholesome learning environment, where the internal knowledge makes sure that the local community needs are looked after, while the external knowledge makes sure that the knowledge gaps can be filled when necessary, such as solving local problems through solutions that exist in other communities. All learning in the space is done through building projects and referencing the internet, thereby producing a pure hands-on practical experience.

A new system of education

The internet and the equipment in the space are simply tools or concrete details. The deeper idea is that we aim at deinstitutionalising education, and bringing it to the hands of the people themselves, so they can customise according to their needs. Since December 2014, the space has been run by the rural participants it themselves completely, where each participant is learning and building each day. 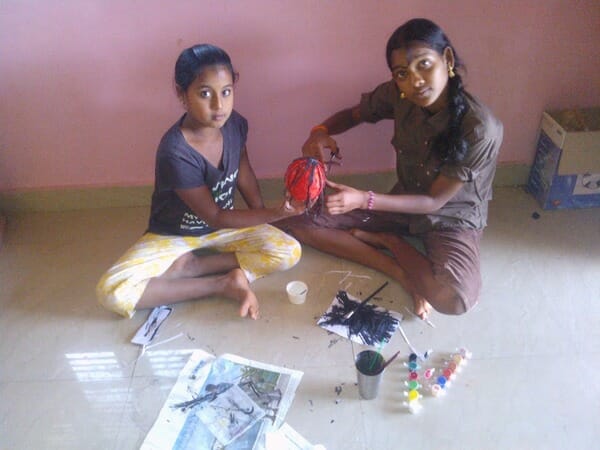 An appeal for help

ProjectDEFY is currently looking to raise funds to the tune of Rs 5 lakh in the next month, and has already raised almost 50% of this amount. The funds will help sustain and grow their efforts for the next six months. In this time, ProjectDEFY is looking to establish new makerspaces in Karnataka, Kerala and Andhra Pradesh. They are even exploring the option of starting similar schools in Ghana and Kenya.

If you would like to support them, check out their fundraising campaign on BitGiving: https://goo.gl/Bf8EHY.

Each project is made open-sourced and published on instructables by the participants themselves, open to public feedback and criticism/appraise. We do not provide certificates or marks, as we believe that one should be able to learn and define one’s own learning to one’s satisfaction. Global feedback helps the participants to receive many perceptions of their work, and suggestions for betterment, thereby removing the requirement of examinations and assessments. Since learning happens through self-interest, the need for a traditional teacher does not exist.

Project DEFY is now growing and bringing this concept of self-defined learning to more places and to the world in general. We are not interested in building hundreds and thousands of makerspaces or schools, but creating interest in communities to develop their own schools, in such a simple manner as explained above. We are there only to help. Since, developing such a space and running it is extremely cheap and cost efficient (we spent Rs 35,000 on developing the space and spend around Rs 35,000 every month on running expenses), we feel that this idea can be highly scalable.

We do not want to repair the broken education system, we want to create a new one where people are in-charge of their learning and are not restricted by what is offered at the government schools, thereby giving everyone an equal opportunity in life.

A school that set an example – 50 years ago
Which are the schools in Bengaluru for children living with autism?
Getting an under-privileged child admitted to a premier school : is that so simple?

About Abhijit Sinha 1 Article
The author has not yet added any personal or biographical info to her or his author profile.

The IRR line, if built, could achieve a 77% increase in Metro’s ridership. Bengaluru citizen Lohith Kumar proposes an efficient layout

The EIA (Environmental Impact Assessment) report of elevated corridors spans 345 pages, but it took authorities just two weeks to approve it and issue Environment Clearance to the project. This is despite the EIA avoiding a detailed study of many environmental impacts

‘WithBengaluru’ collective delivers over 11,000 ration kits to the poor, asks CM to solve the larger crisis

‘WithBengaluru’, a collective of individuals and organisations, has distributed over 11,000 ration kits to vulnerable people in Bengaluru during the lockdown. They have now asked the Chief Minister to take a specific set of measures, so as to tackle the food crisis.