It is in the nature of our society that when someone elderly speaks, people listen with respect. This is particularly the case when that elder has a background of scholarship or administrative experience; the respect is indeed deep and widespread. Therefore, it is extremely important for such persons to speak with a fair degree of caution, and most definitely with as much accuracy as would be possible in given circumstances. 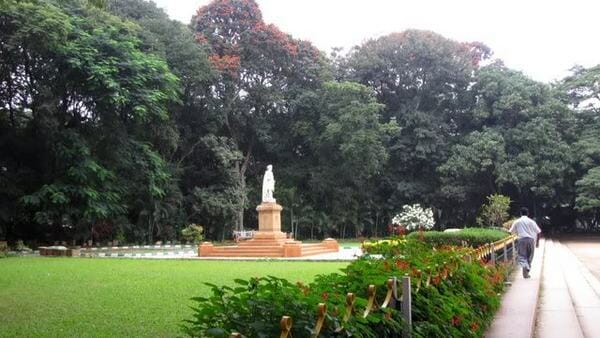 Even if the nu,ber of pigeons is more in Cubbon Park, that doesn’t give anyone the right to decide their fate. File pic.

During his retirement Mr. Reddy has served on many statutory committees and also judicial forums, guiding decisions and advancing environmental justice. His opinion is respected. When he shares information, people faithfully accept them as fact.

This is probably why the Karnataka Horticulture Department has accepted Mr. Reddy’s claim that the high densities of pigeons in Cubbon Park is a very serious public health threat, and that “pigeon droppings are harmful to human beings and other birds”. He further claims that pigeons “cause bird flu, and birds being in over 5,000, they can be carriers of diseases like H1N1”; which claim appears to have been rather unwittingly accepted by Cubbon Park Walkers’ Association and the Bangalore Political Action Committee.

Nothing can be farther from the truth. A review of scientific literature suggests that the pathway for the transmission of the dreaded H5N1 influenza, for instance, which did kill people in Hong Kong in 1997 was traced to minor poultry markets, which included pigeons. But the diseases was only contracted only by people who ate pigeons. This is very well documented in a paper entitled “Avian Influenza Virus (H5N1): a Threat to Human Health” by J. S. Malik Peiris and others published in the Clinical Microbiology Reviews, a widely respected journal of American Society of Microbiologists. But there are different types of influenza and how exactly the avian influenza is transmitted to humans is still being studied.

World Health Organisation has this to say about current understanding: “At this point it is not known how persons are becoming infected. Some of the confirmed cases had contact with animals or with environments where animals are housed. The virus has now been found in chickens, ducks, and captive-bred pigeons at live bird markets near locations where cases have been reported. The possibility of an animal source of the infection is being investigated, as is the possibility of person-to-person transmission.”

Clearly, therefore, what is now certain is that unless someone actually eats an infected pigeon, or such other infected bird, it is quite unlikely they would be infected by the dreaded avian flu and its variations. It is also widely reported that avian influenza strains are endemic in wild birds, especially in Asia. So does that now mean we go about attacking wild birds, in addition to pigeons, at least in Cubbon Park?

Pigeons may be considered by some as a nuisance, as it appears to be the case with office bearers of the Cubbon Park Walkers Association. But does that give them the right to decide the fate of pigeons in Cubbon Park in general? Why not spotted doves then, or crows, or even bulbuls? Soon it could just be a matter of opinion, and those with a stronger lobby could muscle in their views into formal decision-making.

It is exactly in this kind of situation that such a person as Yellappa Reddy must offer a qualified opinion which is well buttressed in science, and in law. From a review of scientific literature it appears that unless one consumes an infected pigeon, the chances of contracting the avian flu are rather remote.

In Cubbon Park, it appears pigeons aren’t consumed at all. In fact they are protected by animal lovers, Jains particularly. There are ways to keep pigeons out of offices or High Court chambers, intelligent ways, that do not at all warrant their trapping and killing. One highly successful method is to install speakers which repeat calls of predatory birds, which makes pigeons believe they are under the threat of being devoured and they flee. If a decision is taken to stop feeding pigeons, or even trap them, it would be a slippery slope. For once we walk down this path, there is no saying which bird will be trapped, and it won’t stop with pigeons, I am sure.

As for the other concern that the Walkers Association has raised, that breathing the smell of dog poop, particularly in the morning, “is unhealthy”, I don’t know where this claim was manufactured. My family lives with dogs, our dogs poop every day, we do smell that now and then, and we are fine: healthy and happy!

In a city that prides itself to be the ‘science-capital’ of India, let there be no decision, especially in law, which mocks scientific understanding.

Musings of a corporate author

The book can be either a newbie’s guide to the corporate world or a reflection for the seasoned. The author of ‘Musings of a corporate voyeur’ speaks from his experience with plenty of humour.

Lessons in waste management from the Bengaluru Marathon 2014

The recently concluded Bengaluru Marathon 2014 was indeed an example of responsible racing, with waste management being given priority.

Most of us are now staying home all the time, but this could be frustrating. Rooftop gardening is a good option for being close to nature without having to go out. Here’s a Bengaluru couple who are doing exactly that.